Why some St. Louis area health departments are still waiting for a vaccine shipment

St. Charles and St. Louis counties have received thousands of vaccine doses from the state, while other health departments log a much smaller total: zero 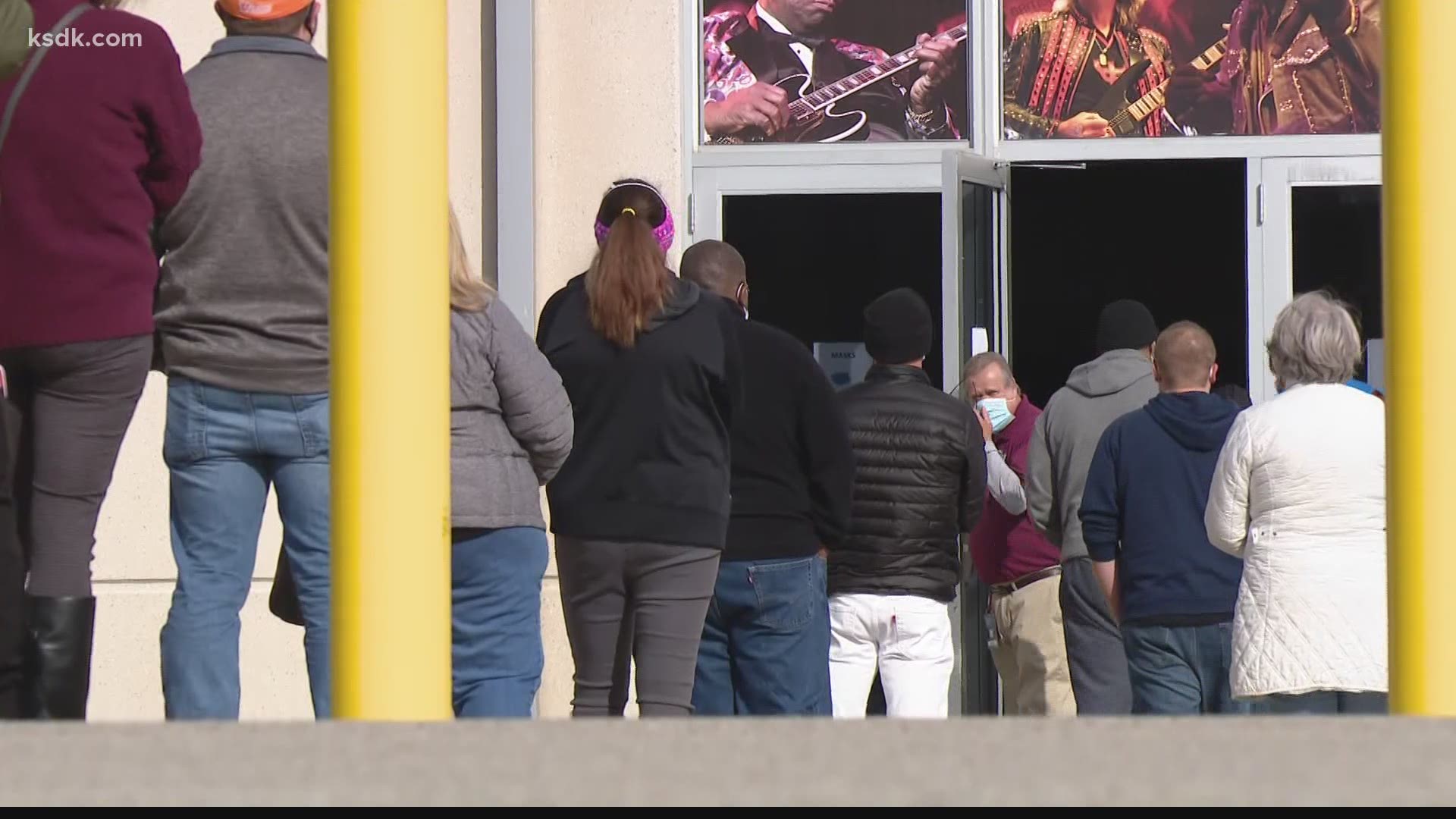 ST. LOUIS — When St. Charles County opened its first mass vaccination site Tuesday, the majority of appointments were for health care workers, but some members of the general population -- who qualified in Tier 1B -- received their first jab too.

"The vaccine arrival was the answer to my 2020 prayer," health director Demetri Cianci-Chapman said.

St. Charles County has received around 3,000 vaccine doses from the state. The mass vaccination site opened at Family Arena Center the same day St. Louis County announced it was receiving another 3,900 doses from Missouri.

Yet some health departments have much smaller totals from the state: zero.

Callers in Pike County listen to a recorded message that announces the health department "does not currently have the COVID vaccine, and we are not currently taking names for a waitlist at this time. We anticipate it could be late February before we receive the vaccine."

A City of St. Louis Department of Health employee told 5 On Your Side -- in an email -- the agency "is not alone in standing by for vaccine distribution. For weeks, the State of Missouri prioritized vaccine supplies to the hospital systems in the City of St. Louis."

"Mercy is the only provider in our county that has vaccine available at this moment in time, so they are carrying a heavy burden," Jefferson County's health director Kelley Vollmar said.

Vollmar says -- in her case -- it's a matter of supply and deep freeze. They don't have the storage units required for the Pfizer vaccine... yet.

"Right now we have actually been approached by a private provider who is working with us to lease an ultra-cold freezer," Vollmar said. "We were not anticipating the delays in getting our Moderna vaccine, which has been on order for a couple of weeks."

But people are finding the vaccine through the health care systems, like Eileen Vansaghi who applied for the vaccine after her son told her about it late Saturday.

Once online, the timeslots were closing as quickly as she could apply for them.

Vansaghi searched for an appointment farther down the schedule, securing one on Jan. 27, and she now looks forward to joining the growing number of people with immunity.

"I am so excited because now I feel like there's a light at the end of the tunnel," she said.

5 On Your Side also reached out to the state for more information on vaccine distribution. We had not heard back by publication time.