Verify: Lake of the Ozarks 'COVID Nation' image was photoshopped

Photos coming out of the Lake of the Ozarks showed people ignoring social distancing over Memorial Day weekend, but one photo caused outrage for another reason 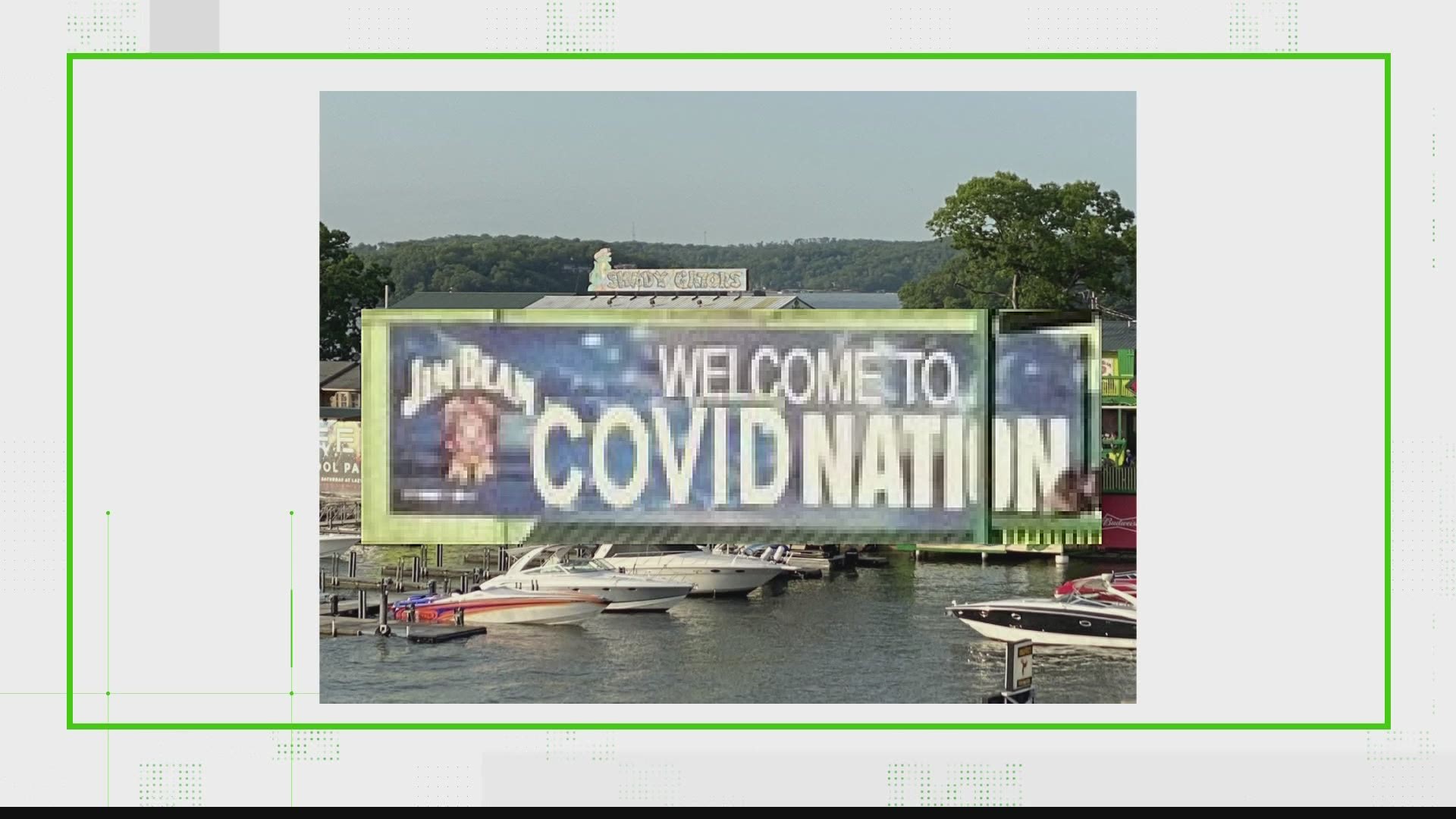 Photos and videos posted online showed people of all ages huddled around swim-up bars and hanging out in large groups at businesses at bars in Osage Beach.

In some of the photos, you see a banner that reads: “Please practice social distancing – 6 feet apart”.

But one photo caused outrage for another reason.

A picture on social media showed Shady Gators, a bar at the Lake of the Ozarks. But if you look closer, you see what appears to be a Jim Beam banner with the phrase "COVID Nation" on it.

The image was shared on social media with people calling the banner insensitive.

But the 5 On Your Side Verify team did a reverse image search and found something different. A photo showing what appears to be the same banner, but with the phrase "Gator Nation" on it.

In a phone call with Shady Gators owner Jeremy Gorham, he confirmed the sign does, in fact, say "Gator Nation".

So we can verify the image, showing "COVID Nation" is false; a photoshopped version of this original.

When asked about crowds at his bar, Gorham said all customers had their temperature taken before they entered the bar, and some were turned away. He said they are using single-use utensils, and have social distancing signage and 30 hand sanitizing stations.

He said he believes Shady Gators took all the proper steps Governor Mike Parson asked businesses to take when coronavirus measures were loosened in the state.

More Lake of the Ozarks coverage: 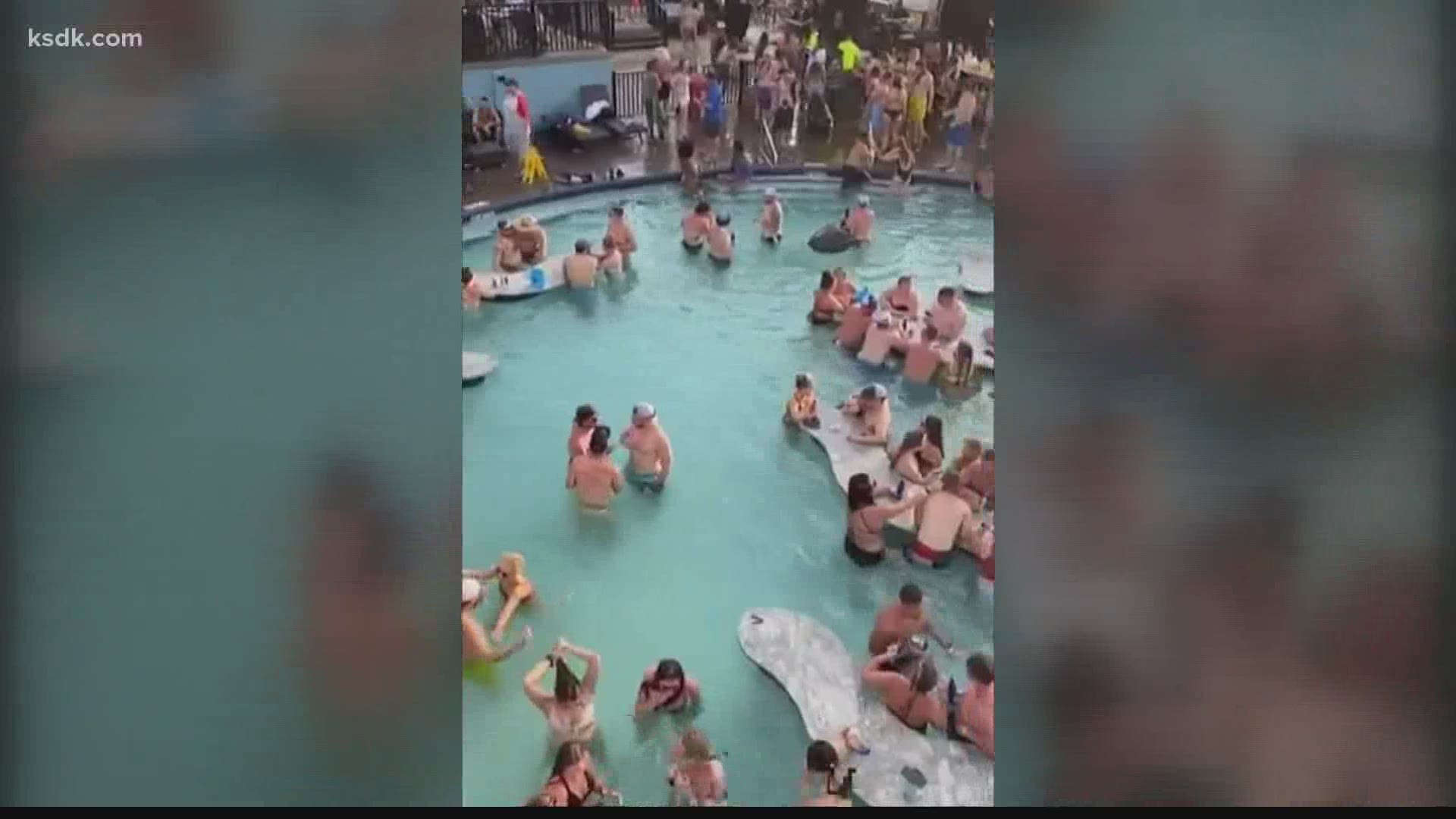