The experimental vaccine is still in the early stages of development 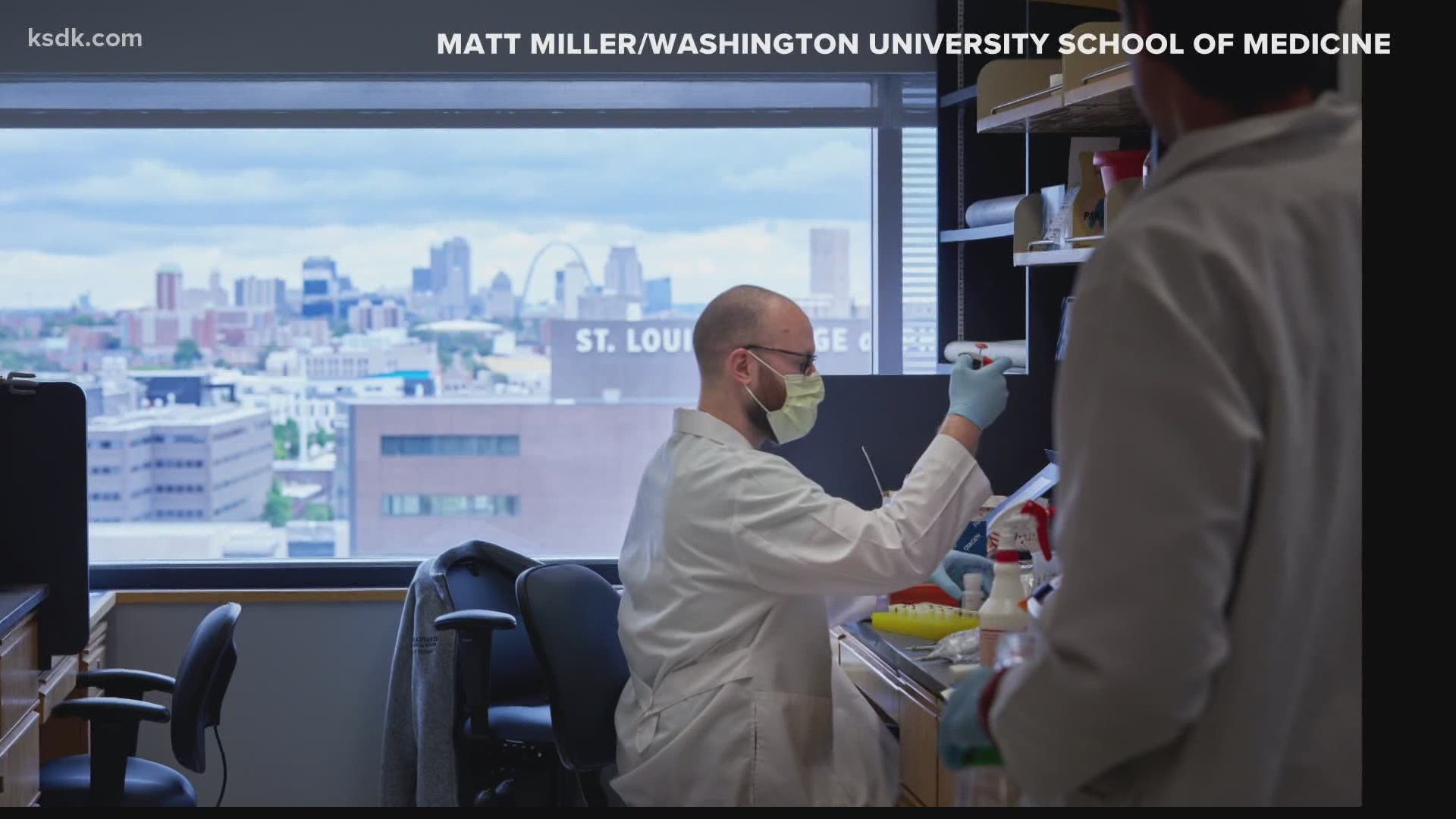 ST. LOUIS — Researchers at Washington University in St. Louis have developed a COVID-19 vaccine candidate that has prevented pneumonia in mice. The vaccine is made from a "mild virus genetically modified to carry a key gene from the COVID-19 virus," according to the university.

“Unlike many of the other vaccines under development, this vaccine is made from a virus that is capable of spreading in a limited fashion inside the human body, which means it is likely to generate a strong immune response,” said co-senior author Michael S. Diamond, MD, PhD, the Herbert S. Gasser professor of medicine and a professor of molecular microbiology, and of pathology and immunology.

“Since the virus is capable of replicating, it can be grown to high levels in the lab, so it’s easy to scale up and should be more cost-effective than some of the other vaccine candidates. So while what we have shown is just the proof of concept, I think it’s very promising. Our vaccine candidate is now being tested in additional animal models with the goal of getting it into clinical trials as soon as possible.”

Diamond and his colleagues created the experimental vaccine by genetically modifying a livestock virus (VSV) that causes only a mild, short-lived illness in people, according to a press release. They swapped out one gene from the livestock virus for the gene for spike protein from SARS-CoV-2, the virus that causes COVID-19. The hybrid virus is called VSV-SARS-CoV-2.

Spike protein is thought to be one of the keys to immunity against COVID-19, the release said. The COVID-19 virus uses spike to latch onto and infect human cells, and the human body defends itself by generating protective antibodies targeting spike. By adding the gene for spike to a fairly harmless virus, the researchers created a hybrid virus that, when given to people, ideally would elicit antibodies against spike that protect against later infection with the COVID-19 virus.

The same strategy was used to design the Ebola vaccine.

As part of this study, the researchers injected mice with VSV-SARS-CoV-2 or a lab strain of VSV for comparison, the release said. A subgroup was boosted with a second dose of the experimental vaccine four weeks after the initial injections. Three weeks after each injection, the researchers drew blood from the mice to test for antibodies capable of preventing SARS-CoV-2 from infecting cells. Researchers found high levels of such neutralizing antibodies after one dose, and the levels increased 90-fold after a second dose.

Then, the researchers challenged the mice five weeks after their last dose by spraying the COVID-19 virus into their noses. The vaccine completely protected against pneumonia. At four days post-infection, there was no infectious virus detectable in the lungs of mice that had been given either one or two doses of the vaccine. The lungs of vaccinated mice showed fewer signs of inflammation and damage than those of mice that had received the placebo. Mice that had received the placebo also had high levels of virus in their lungs.

The experimental vaccine is still in the early stages of development and while WashU said the data are promising, this vaccine is still months behind in the race to develop a pandemic-ending vaccine.

“It’s really going to depend on how successful the first vaccines that come out for COVID are,” Whelan said. “If they don’t produce a robust, durable immune response or there are safety issues, there might be the opportunity for a second-generation vaccine that could induce sterilizing immunity and interrupt the cycle of transmission.” 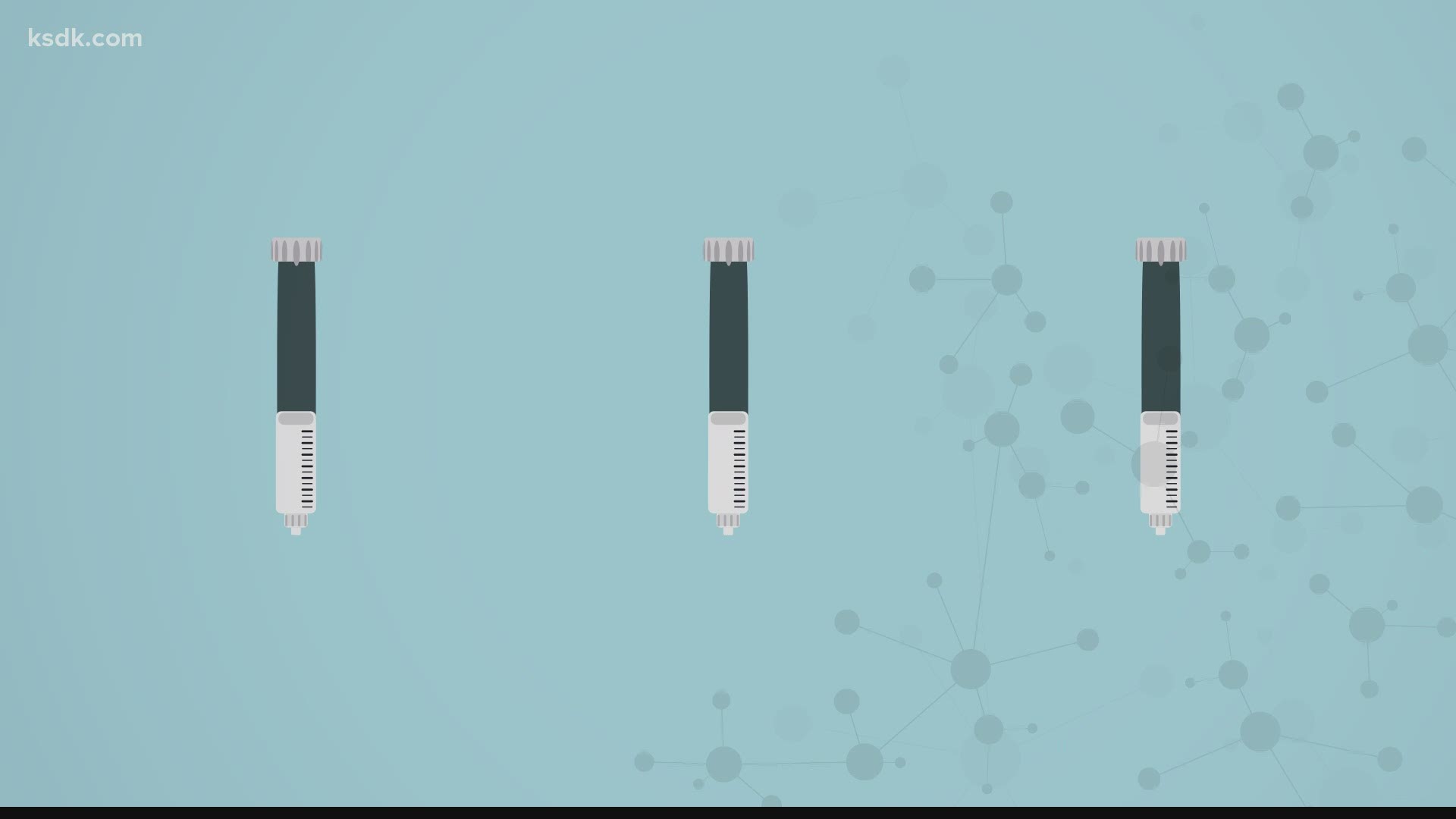