The county's biggest parks are open, but visitors can expect changes. Here's what to know 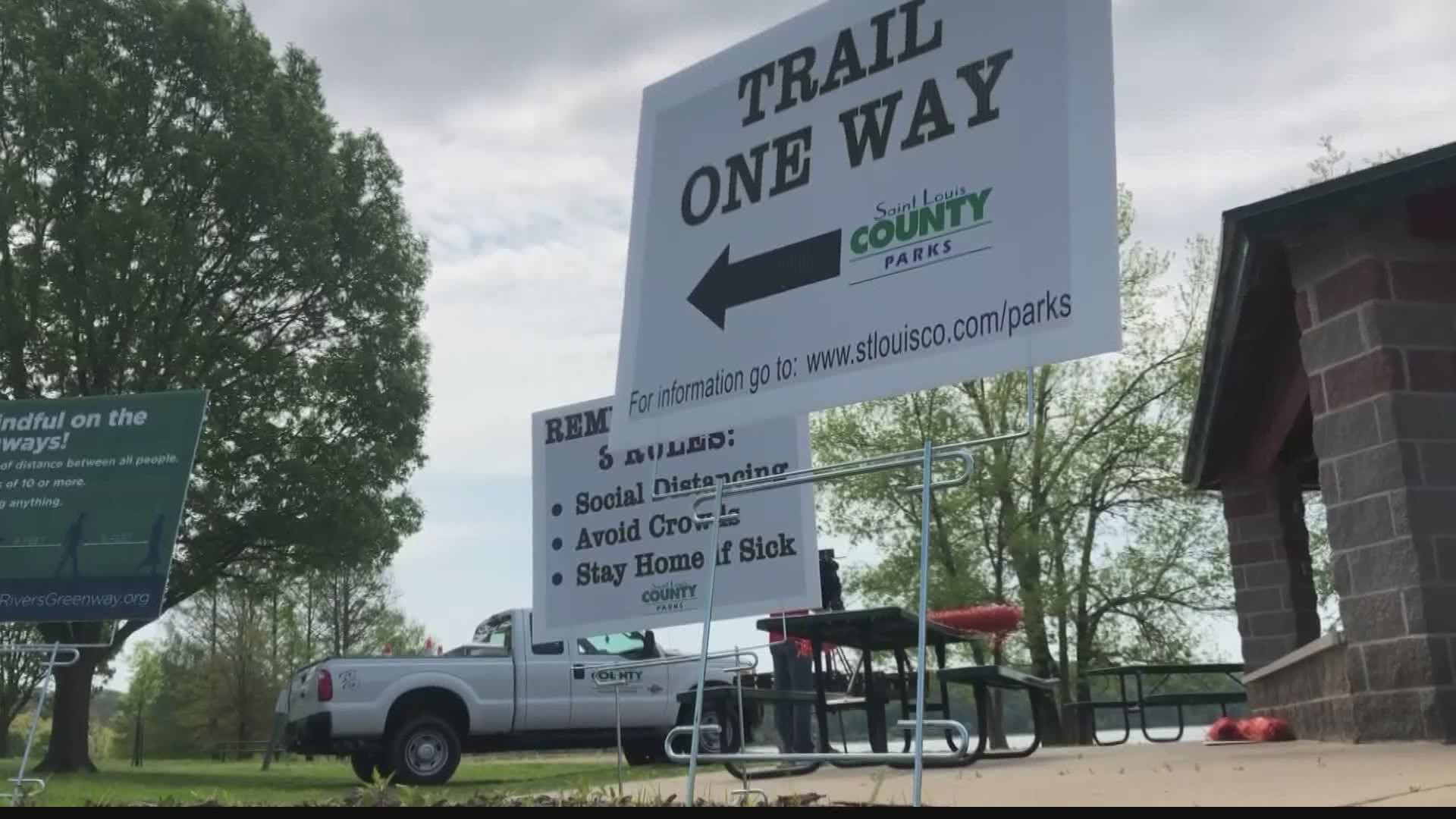 "Yeah, I saw when we were coming in that they were talking about social distancing, which is great," Madelyn Tossey said. "I want to be sure that we have these open but also maintain the parameters in place to keep us safe.

The Tosseys are among the first visitors to St. Louis County's parks after leaders lifted some closures.

RELATED: Here's the list of parks in St. Louis County that are open and closed

Visitors will notice a number of changes:

- Loop trails are now one-way only.

- Park rangers, like Richard Banahan, are back on patrol. Banahan believes he unknowingly spread COVID-19 to three coworkers before the parks closed.

"My experience was unbelievable," Banahan said. "I will say this that nothing has prepared me for [COVID-19]. 47 years in the police department has not prepared me for this disease."

- All scheduled events are canceled until at least May 15, as staff fenced off pavilions.

- Even inside the parks that are now open, meeting points like public bathrooms, dog parks, sports fields, and playgrounds are closed.

These recommendations came from Republican county councilmembers, including District 3's Tim Fitch, April 13. Fitch now questions the timing of the changes, which come the same day as a council vote to approve Page's oversight of $173 million in federal funds.

"When you have bad news, the power grab that he's trying to do, you try to put out as much good news as you can. That's called a distraction," Fitch told 5 On Your Side in a video call Thursday.

At his morning press conference, Page addressed the allegations of politicking by saying he is "happy to work with people who criticize me".

Page said the county's park rangers will be supplemented with so-called "ambassadors," who will be used to encourage social distancing.

"We are not interested in a confrontation, but a crowded park will be closed park," Page said. "We cannot have people crowding."

After five days in the hospital, Banahan said he's more than happy to be back on the job, and that he's lucky to be here.

Gesturing to the sun-filled open expanse around him, he added: "The fact that you go to work around this, it's just a bonus." 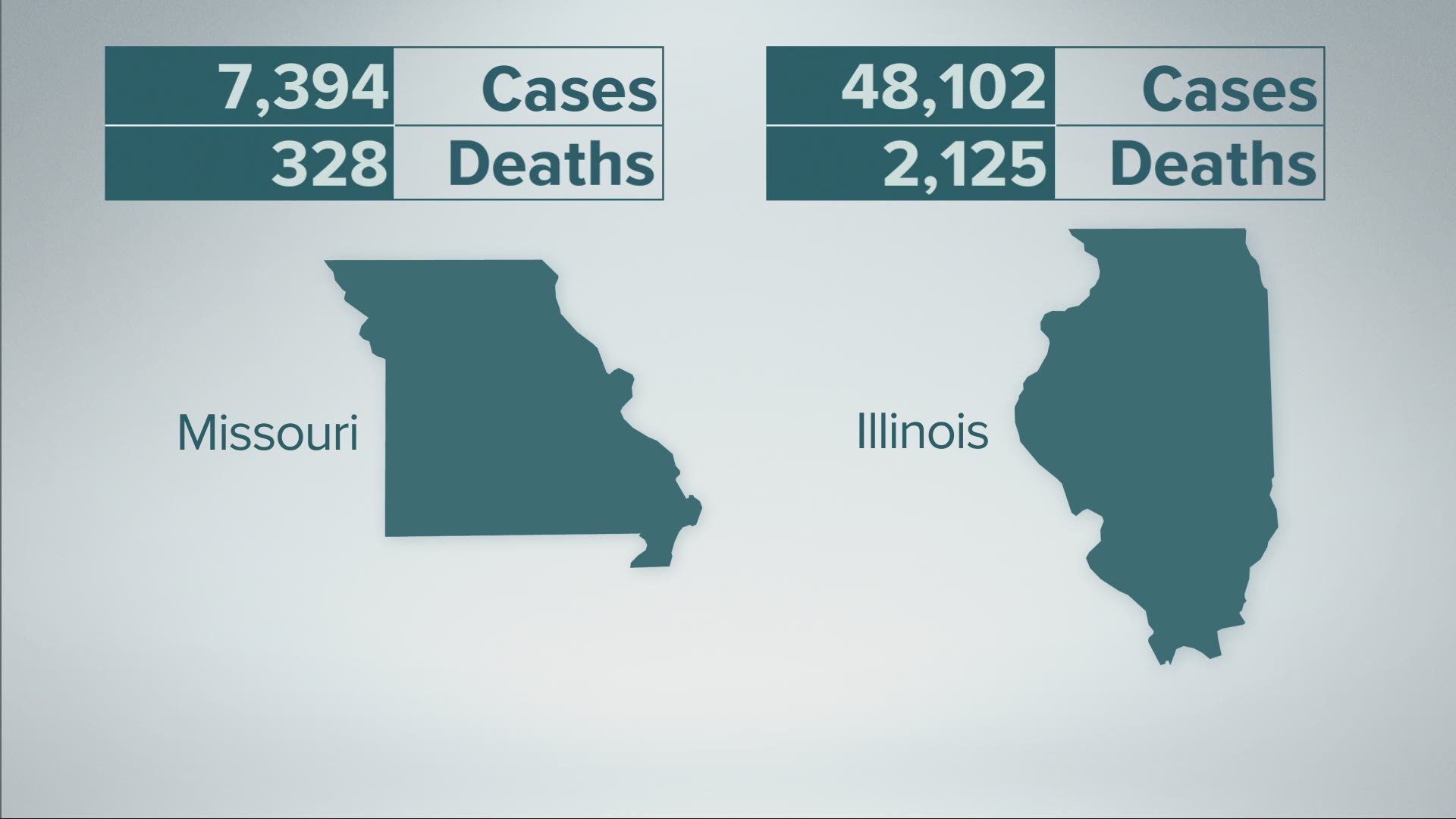 RELATED: Jefferson County planning to reopen for business when statewide order lifts on May 4