“We had several friends send pictures to us or Snapchat of themselves all dressed up: ties, dresses, with their little kids. They were watching as a family." 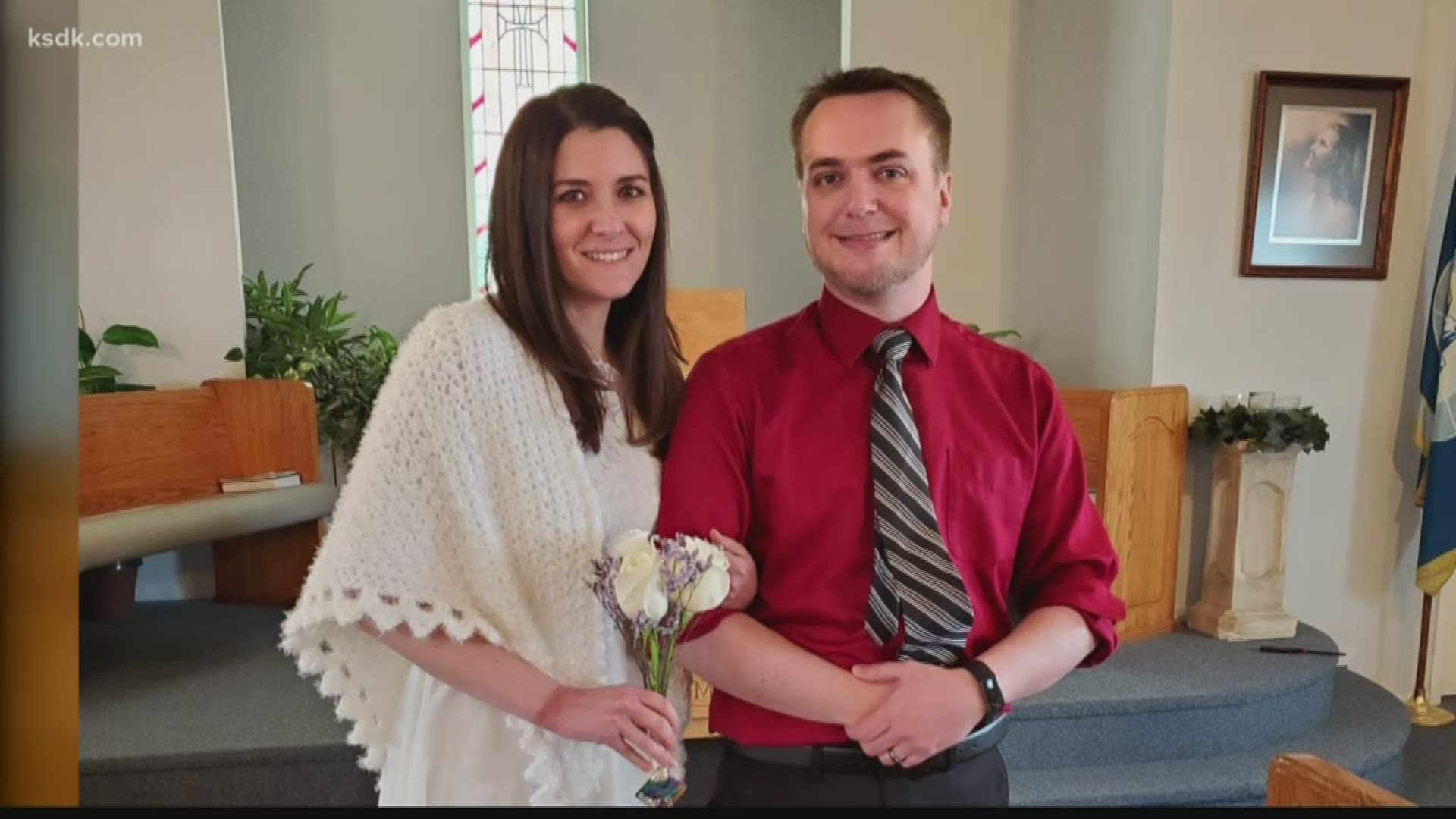 They’d planned to get married in Kirkwood on April 25, but impending stay-at-home orders in parts of Missouri made things uncertain. The couple wanted to be sure they could get their marriage license before city offices closed indefinitely. They didn’t like the very real possibility they’d have to delay making things official.

“The important part for us was being married,” Cassidy said. “Getting married was kind of secondary to becoming husband and wife.”

READ MORE: Show Me Kindness: Here's how our neighbors are spreading happiness amid a pandemic

Sunday morning, the Manchester couple contacted their wedding guests and invited them to attend their wedding ceremony that afternoon, which they streamed live on Facebook. They were expecting about 200 guests for their original April date; they had well beyond 200 virtual attendees for their wedding Sunday afternoon, including family in Italy.

“Even though there weren’t people there, it turned out to be a bigger wedding than we planned," Andrew said.

The distance didn’t seem to keep guests from fully embracing the celebration.

“We had several friends send pictures to us or Snapchat of themselves all dressed up: ties, dresses, with their little kids,” Cassidy said. “They were watching as a family. It was amazing.”

Even more amazing, the lower guest count meant the couple could get married in Community of Christ’s Arnold congregation, the church where the two first attended service together. They hadn’t planned to have their wedding there because it wasn’t large enough to fit all of their family.

“When we got the notification yesterday that the pastor was going to allow us to go inside the church, I just started crying because it was literally something I had dreamed of being able to do. So, it made yesterday even more special for us,” Cassidy said.

Still, she said the decision to move the wedding and celebrate in a way so different from what they had planned was hard. Only the couple, their two witnesses, the pastor and his wife were allowed inside the church. That meant even their parents had to watch from afar.

“It was hard telling them no,” Andrew said. “Her family’s in Illinois. They were already on lockdown. Then my mom was like, ‘Well, can I come up and just watch from the parking lot?’ And I was just like, ‘No, mom. It’ll be better on [Facebook], trust me.'"

But ultimately, they said the decision felt right.

“I was convinced by [Andrew] and some other family members that, especially right now, people could use some joy,” Cassidy said. “And if we could share that with them, even just a little bit, by letting everyone see us get married and be there with us virtually, that we should do it.”

The newlyweds said they were floored by the outpouring of support from their loved ones.

“Even though we weren’t with them in the moment, they still got to share with us, and we could feel the love all day,” Cassidy said.

“Life is very different right now, but it’s still good,” Andrew said. “I’m just happy to be married. It was awesome to wake up next to this lady today.”

Maybe love really can conquer all.