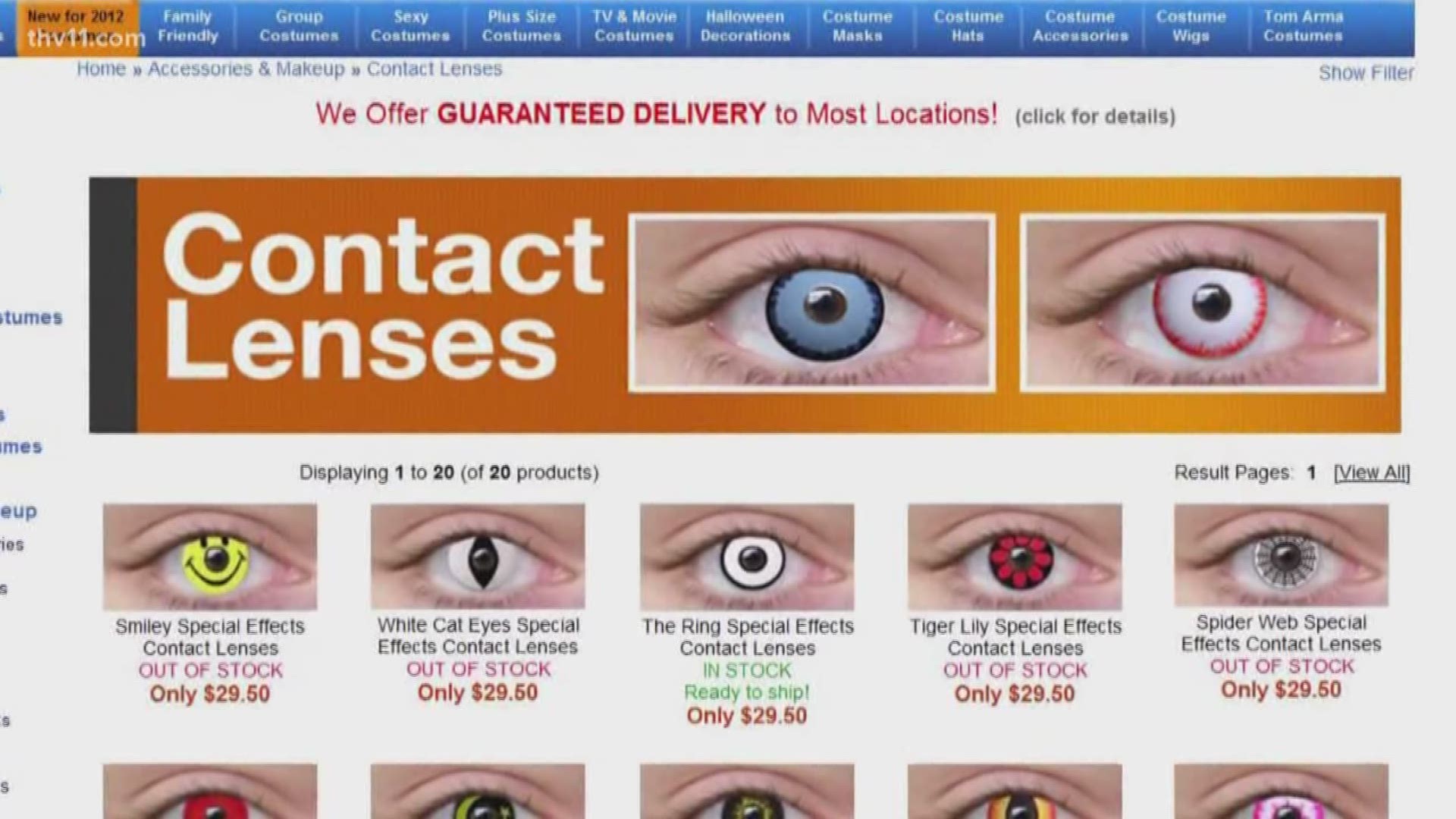 Officials with the Dept. of Homeland Security announced a crackdown on counterfeit consumer products in the Little Rock area, including a campaign to alert shoppers to the dangers of fake make-up and unregulated contact lenses as Halloween approaches.

"Beware of what you're putting on your face, or in your body or what you're going to wear," said William Steele, the resident agent in charge for the Little Rock DHS office. "China does not have the FDA. They don't have the regulations that we do here."

The investigators will be hitting stores and wholesalers and going online with an eye out for pricey products that pop up in shady spots looking to attract Halloween buyers.

"We're looking for products with lead paint or other chemicals in the face make-up or the contact lenses that could give you an infection in your eye or a corneal ulcer," Steele said.

The warnings about contacts with cat's eyes or gremlin colors are not new, but as when eye doctors relay the cost of approved, regulated cosmetic contact, counterfeit products as cut-rate prices become tempting.

"I usually end up taking care of the problems that result of the misuse of them," said Dr. Christian Hester, an corneal specialist who often has to perform surgery on patients who failed to properly care for their prescribed contacts.

RELATED: Kids light up in PSA that compares youth football dangers to smoking

Investigators aren't too worried about reputable stores. We contacted two seasonal chain stores and two smaller costume shops. All four stressed they do not carry contact lenses and that their suppliers don't deal with counterfeiters. It's online sellers that have investigators concerned.

Steele said DHS agents recently busted a shipment of counterfeit pills that had been labeled Oxycodone, but were actually Tramadol. The crackdown will continue through Christmas, where things like counterfeit batteries that can catch fire in toys and gadgets will be a focus. If you come across a suspect product you can call 1-866-DHS-2-ICE or go to www.ice.gov/tipline.

They have advice for everyone to avoid being mesmerized into making a dreadful decision this Halloween.