The Clark's married in their late 20's and immediately started trying for a family. After a year, they had some tests done that revealed Kelly had a low ovarian reserve. 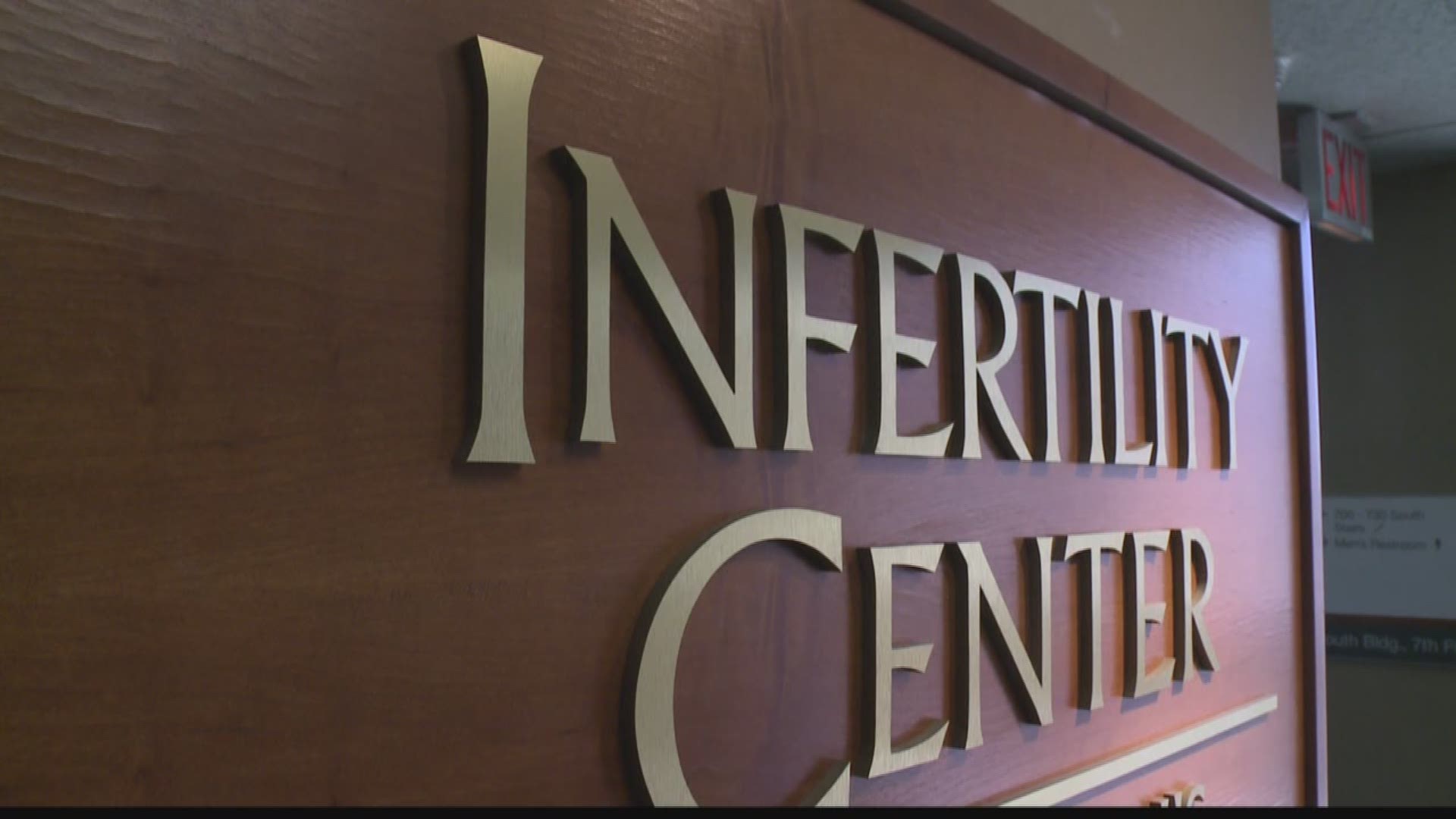 DE SOTO, Mo. - Starting a family is one of life's greatest gifts, but for 10 percent of women in the United States, it’s a heartbreaking struggle to get pregnant.

As we mark the start of National Infertility Awareness Week on Today in St. Louis we introduce you to De Soto couple who tried for years to get pregnant. Also, the doctor from St. Louis who gave them the surprise of a lifetime.

Running a farm can be hectic. Just ask Dan and Kelly Clark of De Soto, Missouri.

They rattled off all the animals on their farm, "We have 18 chickens, two guineas, two fish, a cat, five dogs and about 50 cows and three donkeys."

Even more difficult than running a farm though, was their failed attempts to get pregnant.

Kelly Clark said, "I felt like I was the one failing in not being able to give us the family."

The Clark’s married in their late 20's and immediately started trying for a family. After a year, they had some tests done that revealed Kelly had a low ovarian reserve.

She explained her condition, "Basically you're born with all the eggs you’re going to have and I just wasn't born with enough. I felt like I was not worth enough that I couldn't have kids and I wanted kids so bad."

Dr. Sherman Silber of the St. Louis Infertility Clinic is known as a pioneer in In vitro Fertilization. He’s credited with helping tens of thousands of women get pregnant from around the world.

Dr. Silber says, "It’s an epidemic mostly because of the change in society."

He says infertility rates Today are enormous because people are waiting longer to start a family. The longer you wait, the lower your fertility.

"Over the course of say teen years until about 30 or 34 it goes down modestly. Then by age 35, it’s dramatic. About 10 percent per year. So, by age 42 almost everyone is infertile," said Dr. Silber.

That doesn’t mean couples should give up says Dr. Silber. IVF is a common option for couples.

It’s what the Clarks used to get pregnant. They sold a few of their cows to pay for the tens of thousands it costs in treatment.

Through Dr. Silber and his staff, the Clarks now have not one, but two sets of healthy twins.

Kelly laughed, "it's crazy but I mean I wouldn't change it."

Their advice to other couples going through infertility.

“Really just talk it out and express what you're feeling," they said,