A 3-year-old girl is now up and running after she nearly drowned on her birthday. 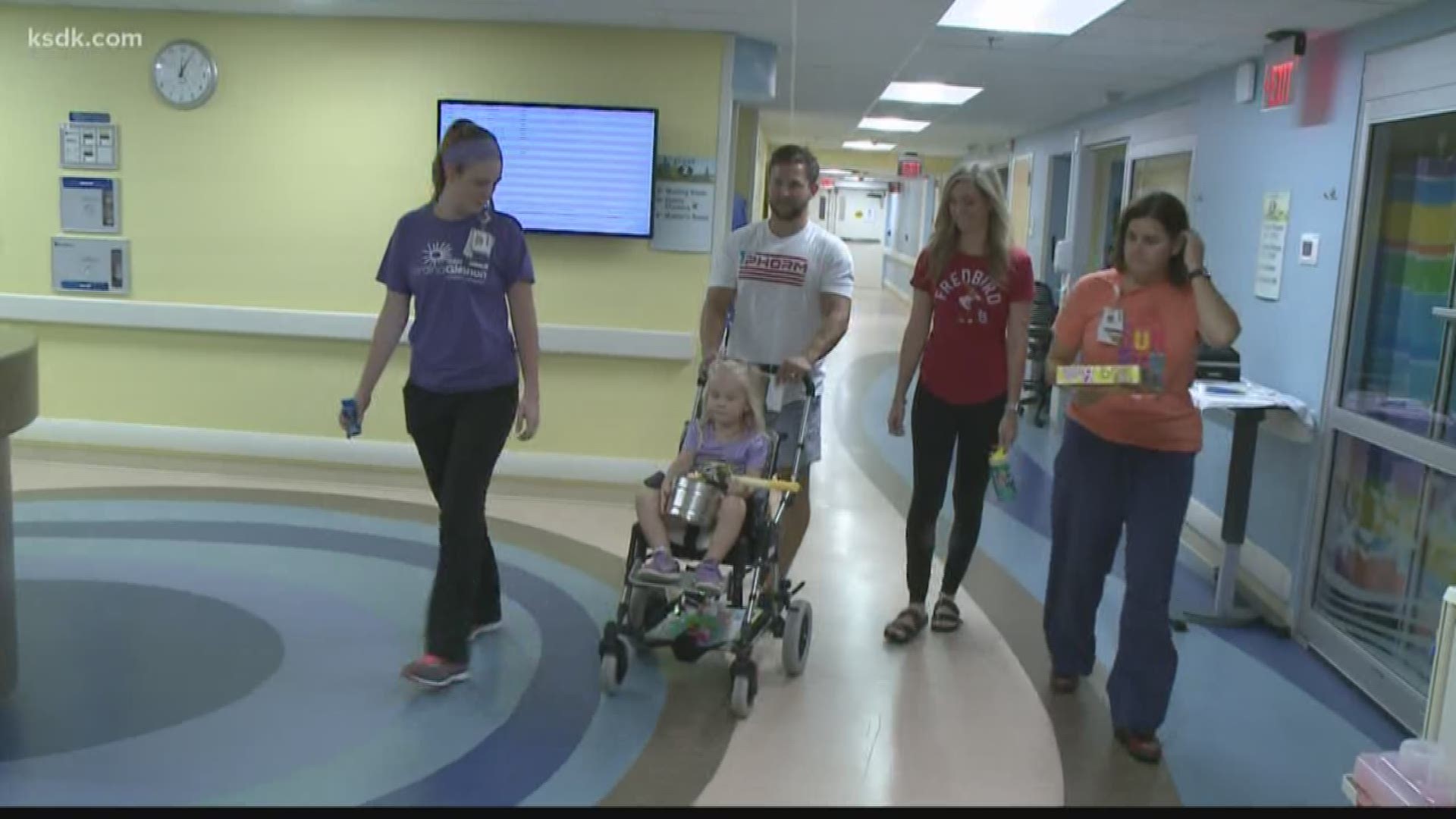 ST. LOUIS — Doctors say it's medical, but relatives are calling it a miracle.

A 3-year-old girl is now up and running after she nearly drowned on her birthday.

"So many moments and so many days that we did not know if she was going to make it," Sarah Toppmeyer, Sloane's mother.

Looking at her now you would never guess the path she's walked. This tiny princess is a survivor named Sloane.

"She was fighting for life and didn't even know that she needed to be doing that or should've been doing that," Toppmeyer said.

Two weeks ago, Sloane nearly drowned in a private pool near Fenton.

She was found unconscious by a relative who performed CPR before paramedics took the lead.

"He called and said they would have to transport her to Cardinal Glennon and my heart just sunk," said Toppmeyer.

It was her third birthday and her parents Adam and Sarah feared it would be her last.

"I really thought that she wasn't gonna make it, I truly did, because it was just so bad and I just had that terrible feeling," said Toppmeyer.

Doctors said Sloane was suffering from a serious lung injury. She was placed on life support and hooked up to machines twice her size.

But for the last two weeks, this hospital room has been Sloane's temporary sanctuary for recovery.

"I have always kind of felt like do miracles really happen but like this truly 100% was a miracle," said Toppmeyer.

But unlike the fairy tales Sloan loves to watch, doctors say this miracle was all medical.

"The miracle comes in the hard work and the science and dedication of all the people that were involved in her care," said Dr. Jason Werner, a SLUCare pediatric critical care physician.

Care that's helping this princess live happily ever after.

"We trusted her life in their hands and they healed her," Toppmeyer said.

Sloane should be out of the hospital by this weekend.

The same flight nurse who flew Sloane to the hospital also flew John Smith after his near-drowning in Lake Sainte Louise. That's the story that led to the movie "Breakthrough".