Holliday hit 156 homers during his days with the Cardinals. Ten years ago, he began putting his power to use in the community 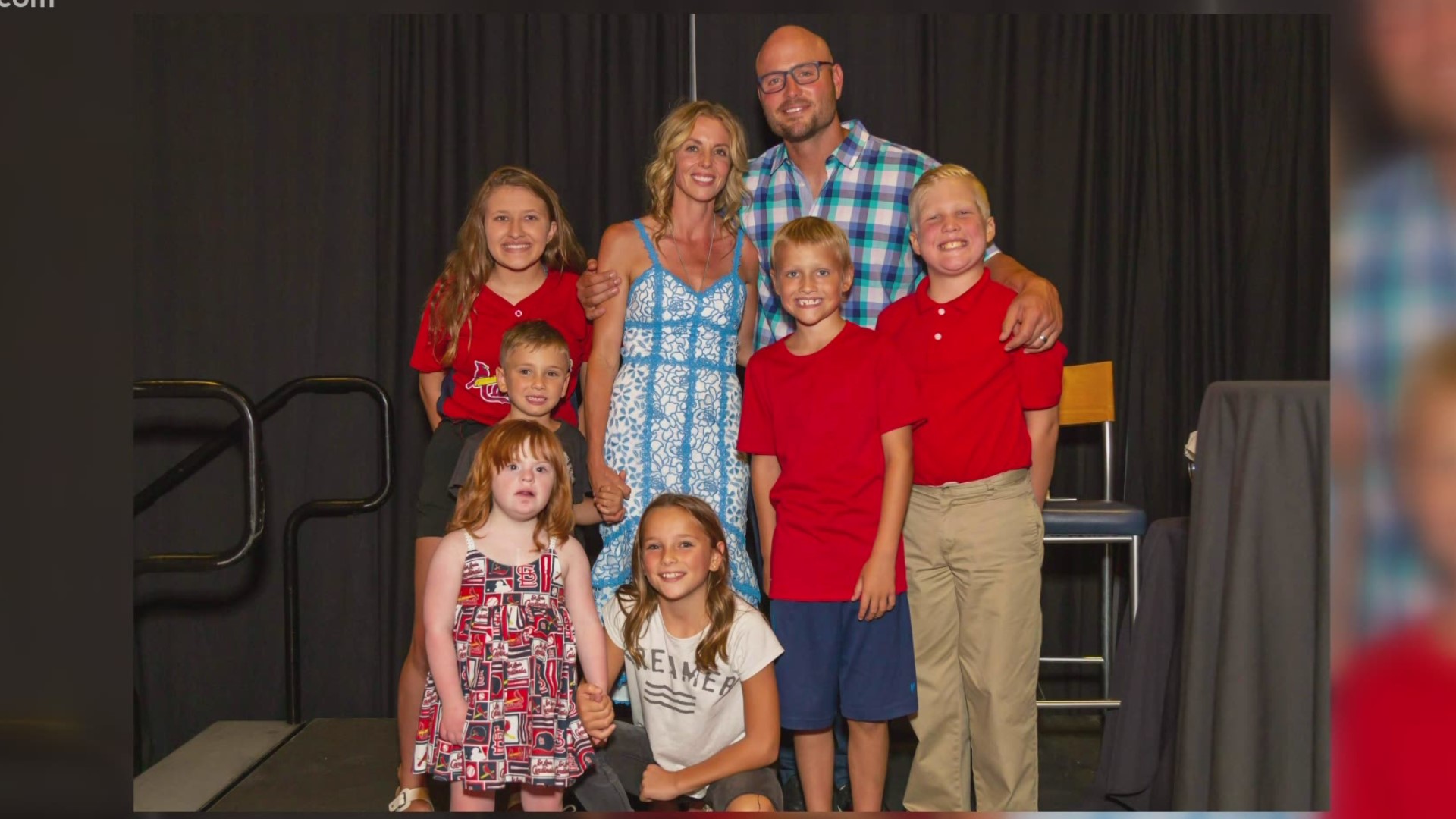 ST. LOUIS — St. Louis abounds with generosity. People throughout our area giving of their time and money to help the greater good.

Former St. Louis Cardinals player Matt Holliday is one such person. He was known for hitting home runs for the Cards.

“I really wanted to come through for a lot of reasons,” Holliday told 5 On Your Side.

A lot of those long balls were valuable for kids at Cardinal Glennon Children’s Hospital.

“I wish it was easy enough to say hey this is an important at bat I need to hit a home run for the kids and it would happen,” Holliday said.

Pressure or not, he hit 156 homers during his days with St. Louis. Ten years ago, at the urging of his wife Leslee, Holliday put his power to use in the community.

“I would love to help create the program, but I don’t want it to be about you,” she said.

The program is Homers for Health. It’s all about the kids being treated at Cardinal Glennon.

“Been almost two years since I had my kidney transplant,” Kennedy Burger told 5 On Your Side.

The 12-year-old is one of the kids who have benefited from the program.

“Something that saved my life basically,” she said.

Patients and their parents have been able to see a side of Holliday that pitchers never saw.

“He does carry compassion and empathy in ways that a lot of men don’t. As a part you’re always wanting to do the very best for your kids,” said Leslee.

Cardinal Nation has helped the couple do what’s best at Cardinal Glennon, making a pledge to Homers for Health.

The program has raised $7 million so far.

“It’s hard to argue those numbers on the impact the people are having,” said Holliday.

They’ve been able to do it without the spotlight being on them.

“This is a chance for you to get involved with kids and be involved in something bigger than yourself,” said Holliday.

Holliday is no longer hitting home runs. He is retired now.

“I’m an excellent dish scrubber. I wash the big stuff,” he said.

The Hollidays call Oklahoma home these days, but he continues to do big stuff for the kids in St. Louis at Cardinal Glennon and it is appreciated.

If you want to learn more about the program and how you can make a pledge, click here.