The drug will still have to go through human clinical trials and get approved by the FDA. 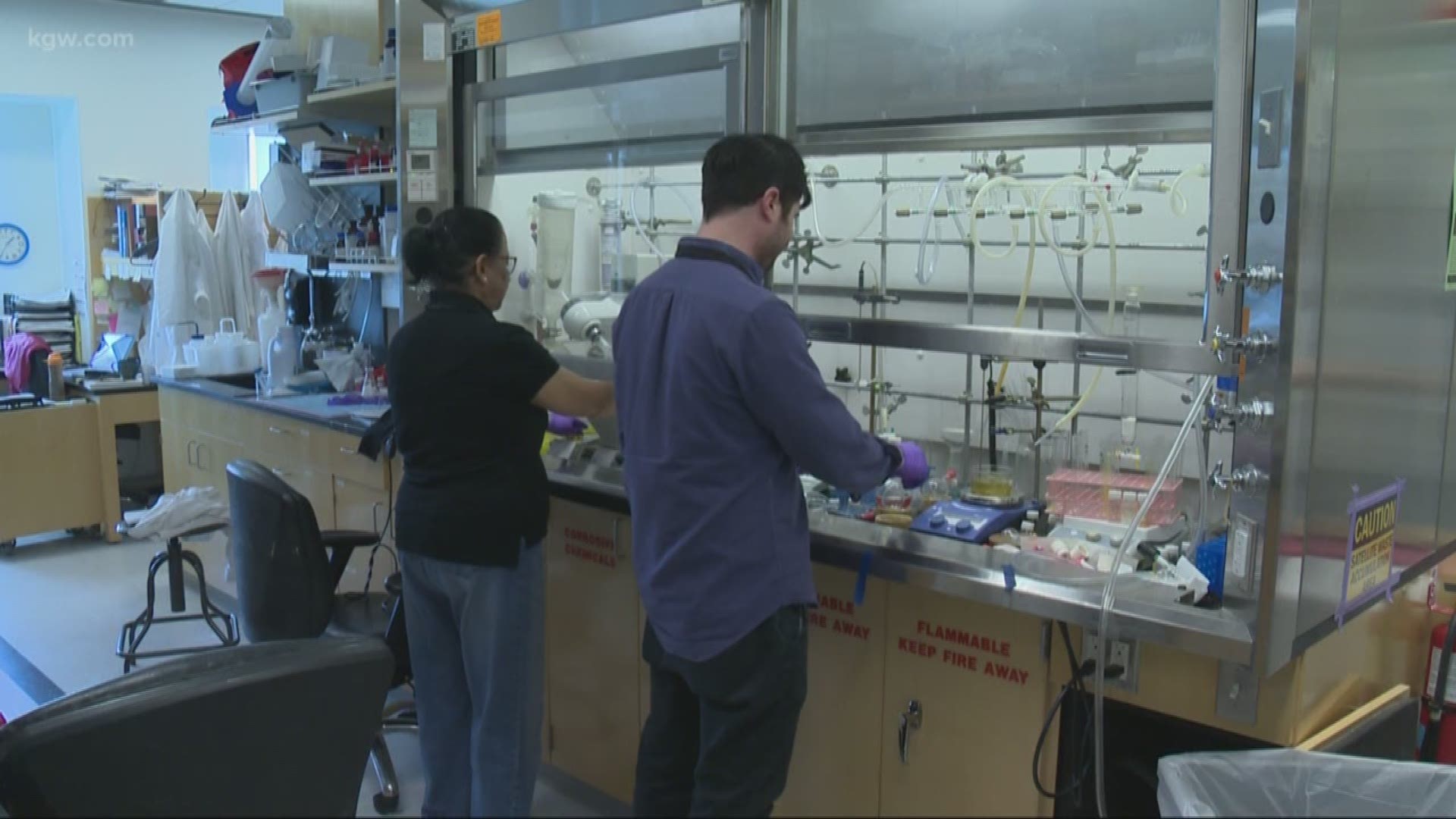 PORTLAND, Ore. — Scientists and doctors have made a huge breakthrough that could help millions living around the world with multiple sclerosis.

Tom Scanlan is part of a team of researchers, doctors and scientists have created a drug that repairs the damage to nerves caused by M.S.

"This is a quest you could say that's been at least 20 years in the making so I feel we're closer than I've ever been before to making this into a new medicine that would help people,” Scanlan said.“So, it's a huge deal for me."

It's 20 years in the making because in 1996 he developed a drug that he found to lower cholesterol and was adapted to treat the rare neurodegenerative disease called adrenoleukodystrophy, or ALD.

ALD and MS both affect the protective sheath on nerves called myelin. MS causes your immune system to attack the central nervous system, which damages the myelin sheath. Think of it as the insulation on a copper wire. When damaged, your nerves won't be able to send or receive messages as they should.

When Scanlan joined OHSU in the early 2000s his team went to work and tested that drug to repair the myelin in MS.

With a donation from the Laura Fund for Innovation in Multiple Sclerosis, the team was able to put the drug into action.

"There are no medicines today that repair myelin," Scanlan said. "There are MS medications that help with the immune system aspects of the disease, but they don't repair the damaged myelin that happens with these immune system flair ups."

Laura Wieden Blatner was diagnosed with MS in 1995. Her parents created the Laura Fund and named it in her honor.

"MS has impacted my life for good and bad. It's taken away, but it's also given me a lot more insight and blessings I would've ever known," Wieden Blatner said.

She says this kind of medicine would be amazing for someone living with MS.

"It could fill in all of those faculties that they were losing, whether it be mobility or cognition or eyesight or speech," Wieden Blatner said. "There's so many things that people with MS battle with that this would just change their life, just to get a little bit of faculties back would be amazing."

The drug is still years away from being used. It would still have to go through human clinical trials and get approved by the FDA.