According to drugabuse.gov, more than 100 people in the U.S. die every day from opioid overdoses. That's why St. Louis County has made it part of their mission to help combat this issue. 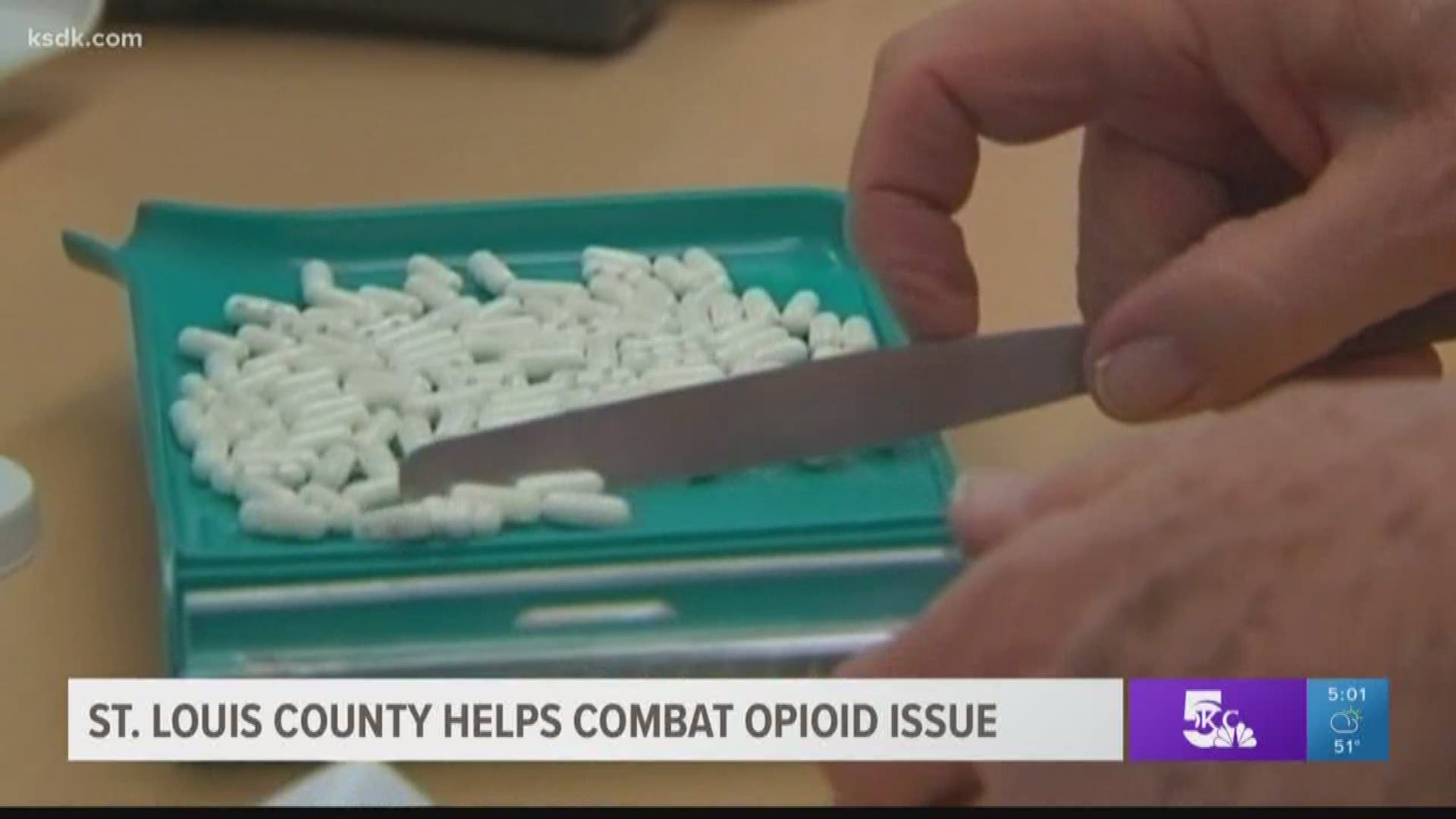 This week, officials in St. Louis County announced they are receiving additional funding to help with their opioid action plan.

According to drugabuse.gov, more than 100 people in the U.S. die every day from opioid overdoses. That’s why St. Louis County has made it part of their mission to help combat this issue.

Although painkillers are meant to do just that, kill pain, when these drugs are misused it can cause serious damage and even addiction.

It’s something opiate reform counselor Robert Riley has experienced. He went to prison for drugs and even continued using while in prison.

“You can use anything you want there. You can still smoke weed, you can still get heroin, you can still drink alcohol. People who use drugs aren’t bad people. Sure, they’re making some bad choices, but they’re good people suffering from a medical condition,” Riley said.

Going to jail didn’t stop Riley from using drugs but it was through a series of events that happened while he was incarcerated that cause him to regret his bad decisions.

“My little cousin got murdered, my son wrote me a letter that started out 'Dear Robert, stop writing us, stop calling us.' Then I was walking the track with a guy that told me if you don’t change everything in your life right now you’re going to come back and have a life sentence and never go home,” Riley said.

Those powerful words are part of what led him to change his life. Now he’s helping others who suffer from addiction as well.

This week the St. Louis County Department of Public Health and Senior Services announced they were receiving almost $350,000 to help with the county’s opioid action plan. Part of the money will be used to collect data related to opioid use in the county.

“I think that the data collection between the department of health is so important because it gives us a roadmap and tell us where we need to steer away from and what we need to steer towards,” Riley said.

However, Riley believes that’s just the beginning of what it will take to combat the real issue of drug addiction.

Officials for the county talked about the DPH grant confirming the money will be used in different areas including tracking data from emergency rooms for non-fatal overdoses. This data will help county officials figure out which areas are being affected by opioid addiction the most.