Their 3-year-old daughter died suddenly from undiagnosed diabetes. Now, this Maryland family hopes to help others

Ailish Calloway died within 36 hours of a Type 1 diabetes diagnosis. Her family hopes sharing their story will help others see signs they didn't. 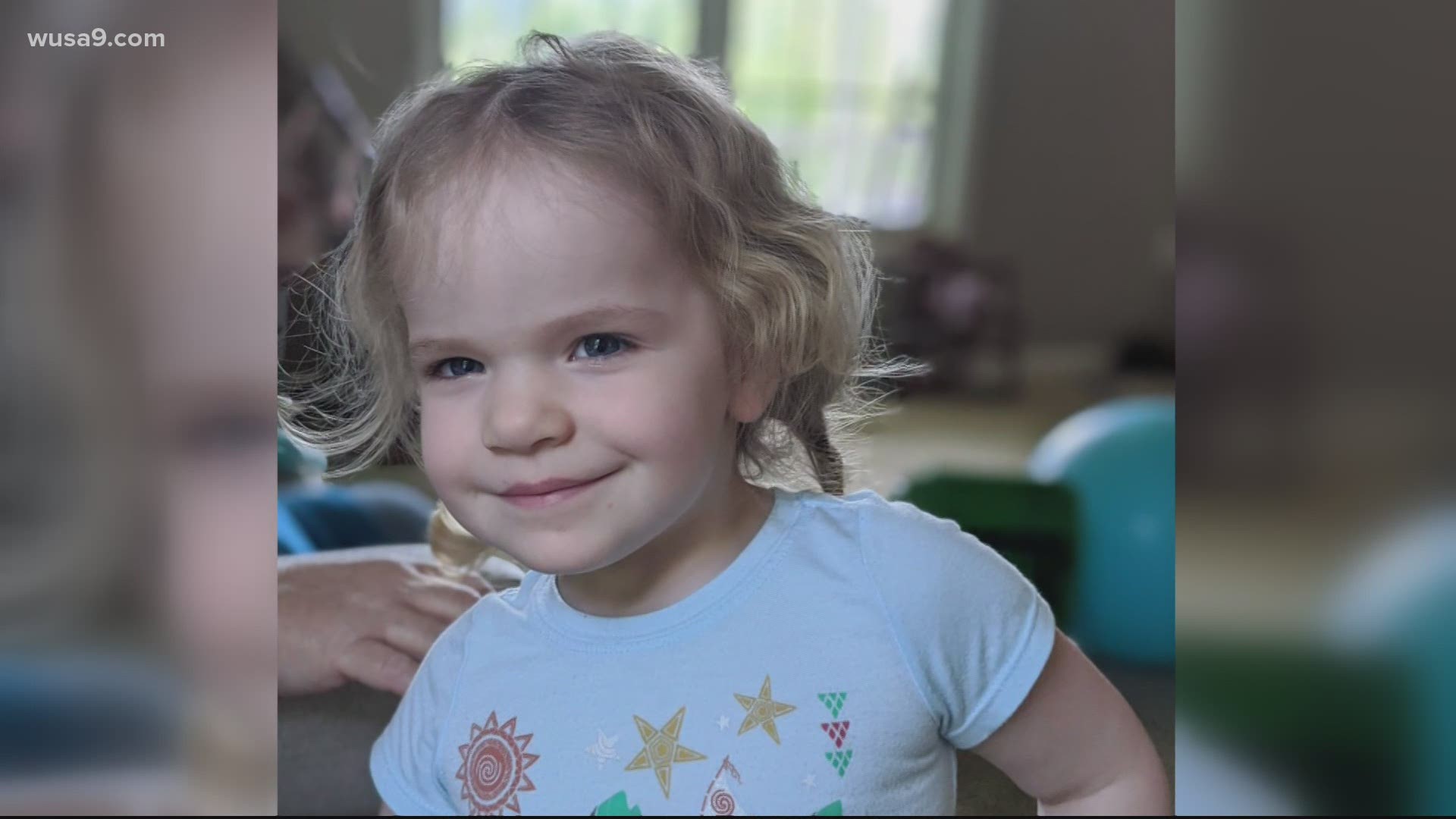 MARYLAND, USA — It’s a silent killer, attacking someone’s autoimmune system. It's Type 1 diabetes. Nearly 1.6 million people are living with the disease, and 187,000 of those cases are found in children, according to the American Diabetes Association. Its symptoms can often mirror those of a virus, making it hard to diagnose.

One Maryland family recently lost their 3-year-old daughter to the disease. She had radiant blue eyes, soft blonde locks, and had perfected the smize. Michael and Rebecca Calloway said their daughter Ailish preferred to be called, "Ailish The Girl Rainbow Unicorn."

She died from complications with Type 1 diabetes.

“There was complications from diabetic ketoacidosis, DKA, and that was brought on by the Type 1 diabetes,” Michael Calloway said.

At first, Ailish’s symptoms only appeared to mimic a stomach virus, however, doctors were able to diagnose her as diabetic. But just 36 hours later, she was gone.

The Calloways said doctors did all they could to save her life, but the severity of her case was too much. Heartbroken and crushed, they wanted no other parents to feel their sorrow.

“We have a belief that when you can literally call in a miracle for somebody else, and all you have to do is make that call, you strap on your boots and you call in the miracle, regardless of what you're going through in the moment because if you were in a situation you would want somebody to do it for you,” Michael Calloway added.

Ailish’s heart, liver, and kidneys were donated. Her blood type was B positive. Her team of doctors called her a unicorn.

“B positive [blood] is known as a rare transplant or rare donor type is what they told us, but that means, the positive is also rare recipient type, so it's not a huge demand for those, there's not a lot of people out there that needs B positive but the ones that need it, that's going to work for them,” Michael Calloway said.

The Calloway’s said coming to terms with their new reality wasn’t easy, but knowing "Ailish The Girl Rainbow Unicorn" saved three lives has provided some peace.

“I will be honest, being an organ donation family is difficult, because I'm not going to try and lie to anybody. Once you get to that point you have been in the hospital, and you are out of control, you have no control of the situation,” Michael Calloway said.

They are speaking up about diabetes in the hope that maybe another family can see the signs they didn’t.

“It’s a light in the dark of a bad situation. It gives you as a person something to hold on to, that their untimely passing has been meaningful in some way.  It's a bending of the arc of the universe,” Michael Calloway said.

RELATED: Father and son bike across America | Get Uplifted