The initiative aims to address vaping in schools with more than just discipline. 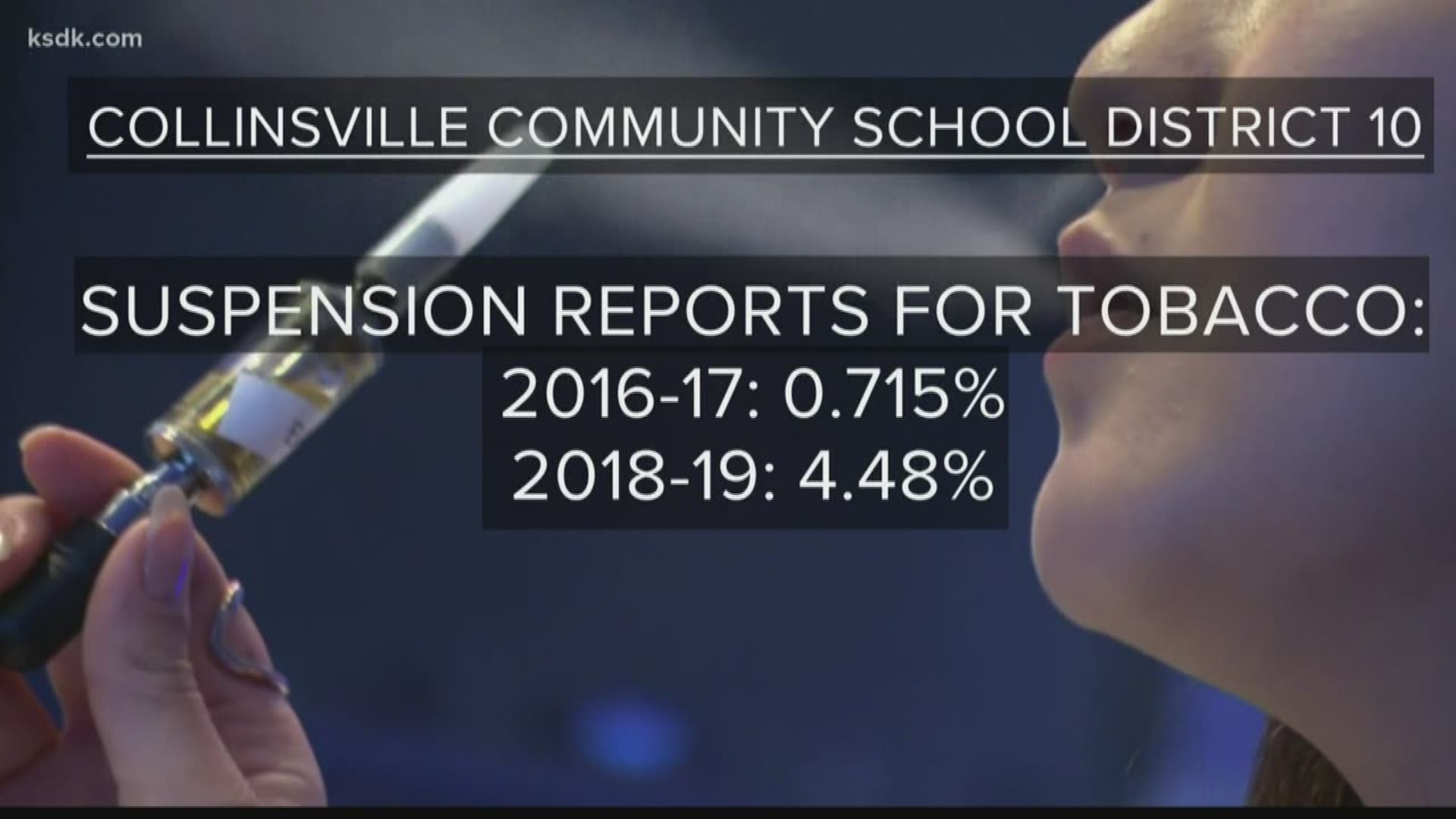 MADISON COUNTY, Ill. — According to the Illinois Department of Health, there have been 173 lung injury cases and three deaths in 2019.

The health crisis is causing local leaders to work toward prevention before its too late. And that starts, as early as middle school.

"We want to eliminate the possibility of any future deaths, what can we do to stop people from using or not using at all so we can make sure that more people don't die," said Amy Yeager with the Madison County Health Department.

To combat this, officials from Madison and St. Clair counties started a regional anti-vaping initiative. It aims to create a plan to address vaping in schools with more than just discipline.

"If you just punish someone and don't help them with a health-related issue then all you're doing is punishing them and it's still not addressing the root cause of why they might be doing it in the first place," Yeager said.

So far the group is focusing on teens, school staff, school policies, parents and medical providers.

"The first one's going to come out of the teen group," Yeager said, "and it's a middle school social norms campaign to begin to shift the perception about vaping among our middle schoolers."

The Collinsville School District in Madison County said that out of all student suspensions in 2016, only .7 percent were for having tobacco or vaping products.

The department would also like parents to get involved in the initiative.

RELATED: Federal lawsuit filed against St. Louis County by animal control volunteers who are being forced to reapply

RELATED: 10 Things to do in St. Louis this Weekend