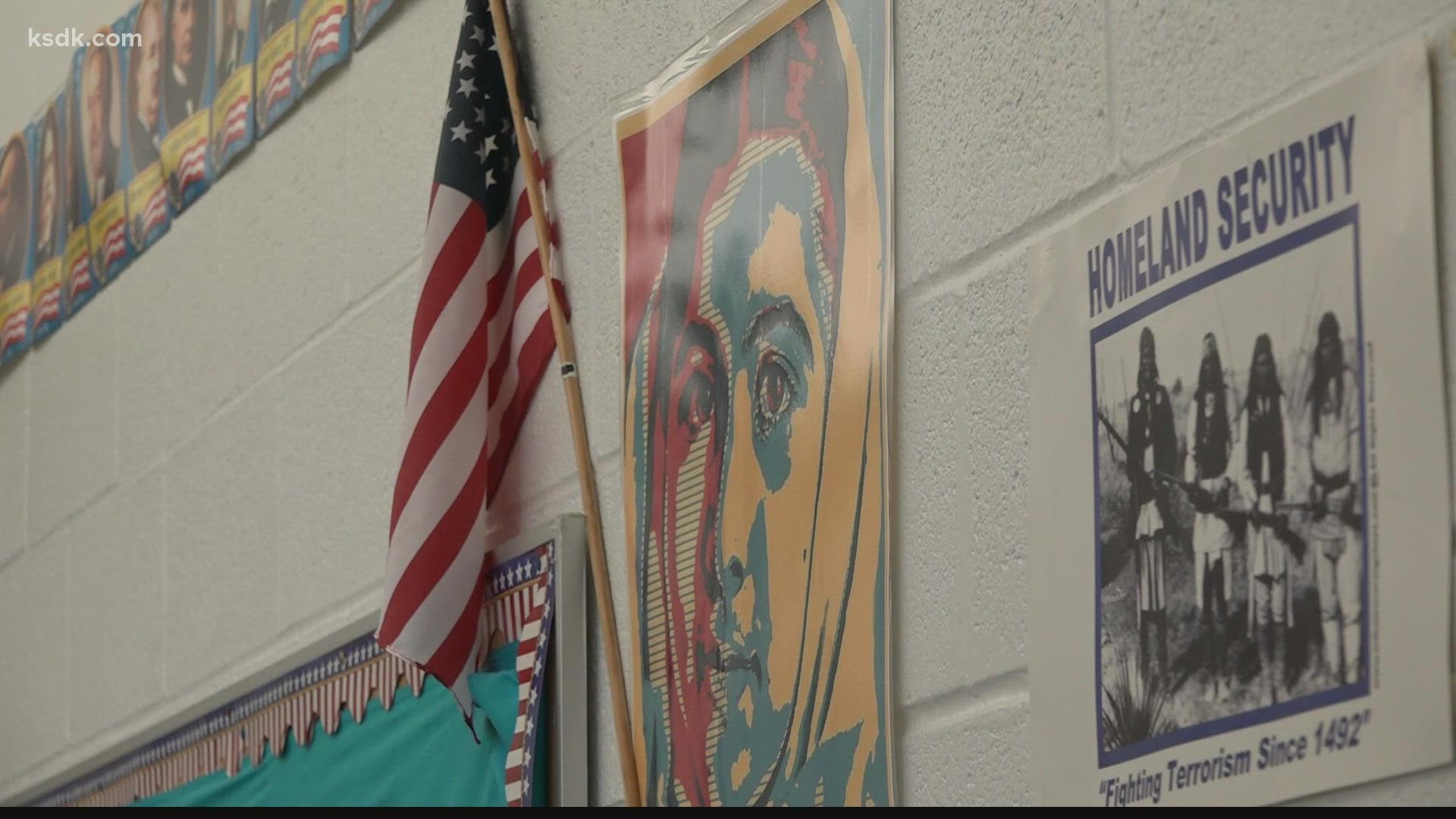 ST. LOUIS — Some questions remain unanswerable, and facts of September 11, 2001 are still incomprehensible after twenty years—but these lessons are on the agenda at schools around the St. Louis area this week.

We heard about classes doing all sorts of things to learn about the events of that day in the St. Louis area, ranging from research projects to dramatic re-enactments. They’re age-appropriate and facts-driven, with a common goal to help students understand a little more about what it means to be an American in 2021.

“We make sure that we pick literature and information that can grow the knowledge for the children, but in no way would put fear into their hearts. We want to make sure that we're cultivating a love of learning about our history,” said Cassandra Walker Suggs, Principal at Wildwood Middle School. An exhibit outside the school’s library includes news reports from the day, a timeline of events, teachers’ stories of where they were when it happened, and even suggested reading on 9-11 topics available inside.

“Obviously the brave firefighters and police who, like, went up in the building to save others, you should remember them and remember what they did for the country,” agrees schoolmate Joseph Rauls.

At Henry Elementary in Ballwin, Caroline Ayers plans to share her own life experiences with the curriculum formed with help of the Parkway School District with her fourth-grade class.

“I think at this age it's important to focus on the heroes of the day, and how we remember and honor those people,” she said. Ayers agrees with meeting students where they are, and in her case, that’s the classroom where she’s now a teacher, but also where she sat as a fourth-grade student on September 11, 2001.

“It's a little surreal but also a little comforting like this is a space, I know,” she said. “That makes that part a little more comfortable within discussing difficult topics.”

The older students get, the more they know, and it’s more than some might expect.

“I'm just blown away by how insightful they are and how much they really do get it. Even though they weren't born at the time,” said Rob Dettmer, whose eighth-grade social studies students at Collinsville Middle School were guided through discussion questions and video presentations in preparation for the anniversary.

“A lot of them know the facts of Twin Towers being, you know, attacked by airplanes. So they know that story,” he said. “Just pushing beyond that, I think is important to really understand, helps them become better citizens, understand our world and why things are the way they are.”

Images from that day are difficult to look at but harder to look away from, and even after 20 years, they’re being seen with fresh eyes.