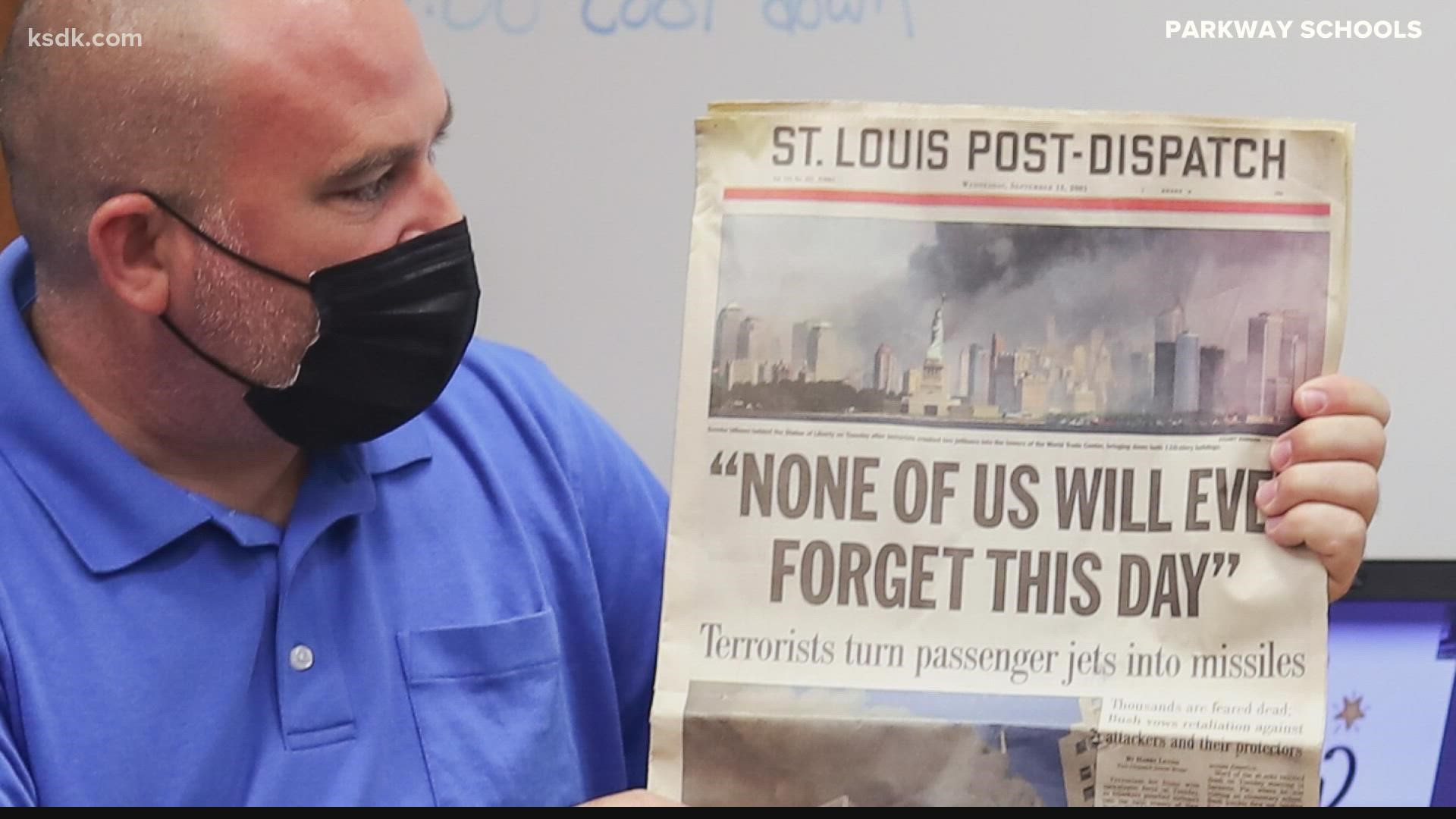 CHESTERFIELD, Mo. — The question "Where were you?" came to be synonymous with September 11th, but some are too young to have a personal story to share.

Teachers and emergency personnel shared their 9-11 stories in a video produced by the Parkway Schools district titled, "Out of Despair Came Hope."

Students watched the video in class Friday morning and teachers guided them in age-specific lessons. Elementary Curriculum Coordinator, Jennifer Abdel-Azim, helped organize the September 11th lesson plans. She says, "Our focus in the earlier grades was more about memorializing, like what is a monument, why do we memorialize events in history?"

The memories and emotions that come with them are still quite clear for Abdel-Azim, who lived in Brooklyn, across the river from the World Trade Center in 2001. "My classroom was on the third floor, I was teaching fifth grade and out my window, I had a clear view of the New York City skyline," Abdel-Azim recalled.

She and a room of 5th graders watched the day unfold. Abdel-Azim used her experience to shape the 20th-anniversary curriculum for Parkway Schools. She and her fellow coordinators hope students are able to memorialize the day, understand that the people involved in the hijackings were extremists, and see how people came together during a time of peril.

Abdel-Azim says, "In New York City that day fire departments, police departments, and rescue squads from different cities throughout the country went rushing to New York without even thinking about it."

For parents wanting to further the September 11th discussion at home, Abdel-Azim recommends the 9/11 Memorial and Museum website. Under the learn tab on the top of the homepage, there are at-home activity guides and articles on talking to children about terrorism.