A look at the firestorm that blew helmets off St. Louis firefighters standing a block away

The Heyday Shoe Building fire was so intense, it created its own wind currents. Here's Vintage KSDK film of a disaster that threatened to burn down the entire city 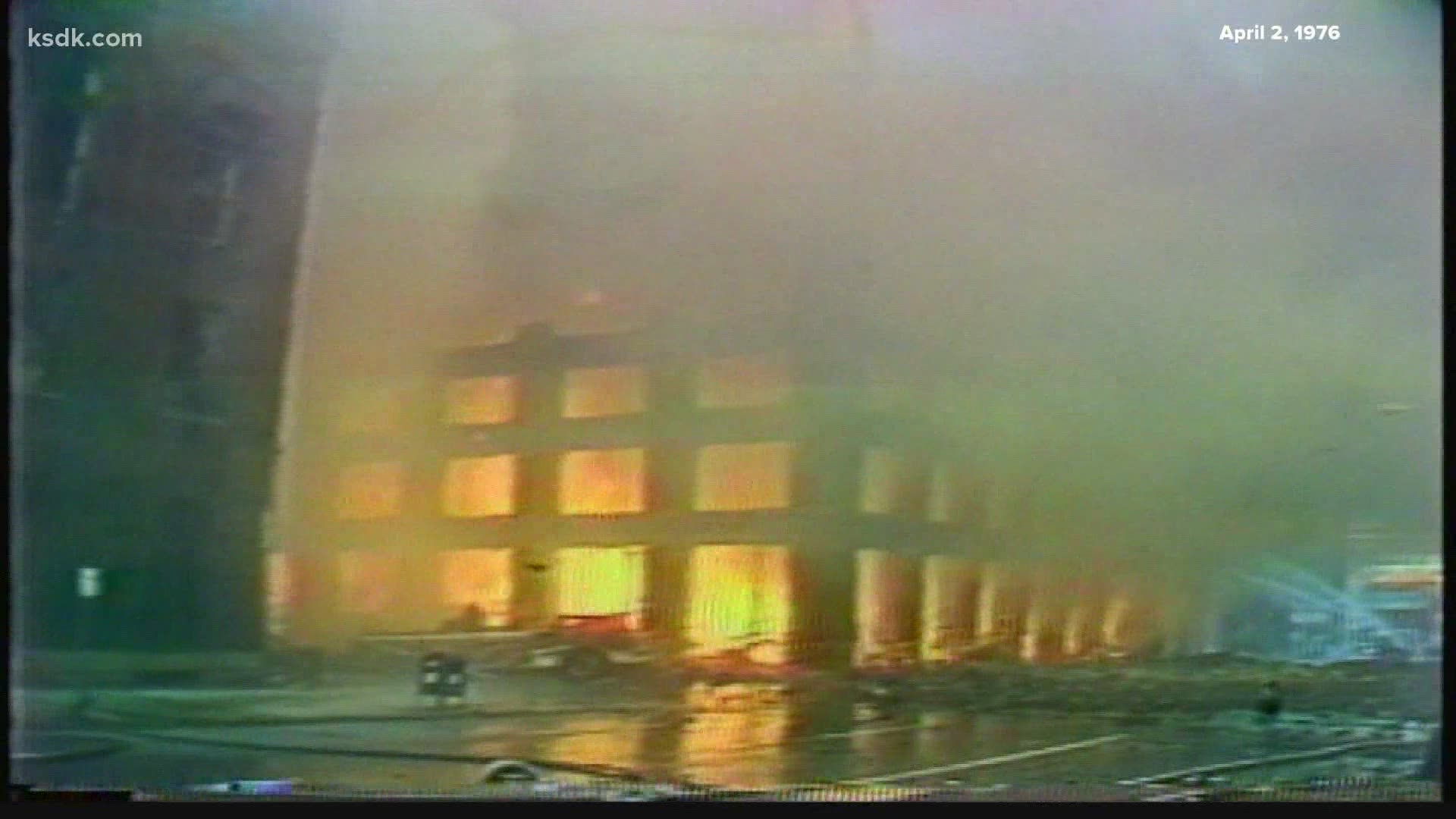 ST. LOUIS — Storms in April are nothing new in St. Louis. In fact, we’ve come to expect them.

But there was a storm no one saw coming back in the spring of 1976.

And, as you’ll see in this edition of Vintage KSDK, this one blew helmets off firefighters and could have wiped out the entire city.

“This is a firestorm,” explained Charles Kamprad, the St. Louis fire chief at the time. “It’s magnitude is 500 times greater than a five-alarm fire would be.”

Another fire in the city in May 1849 would come to be called the "great St. Louis fire". A firefighter died in that disaster, and a significant part of the city was destroyed.

But this fire in 1976 posed a threat that had the potential to be just as devastating.

Credit: KSDK
The Heyday Shoe Building being destroyed in a firestorm on April 2, 1976.

Spring storm of a different kind

Flames broke out in the vacant Heyday Shoe Building at 21st and Locust. The building had been empty for years after being gutted by a previous fire, which set the stage for this one to spread quickly. The entire building became a roaring inferno.

Definition of a firestorm

So, what is a firestorm? Kamprad described it as a situation where “the intensity of the fire is such that it creates terrific wind currents.”

The wind currents coming off of this fire were so intense, they blew helmets off firefighters standing a block away and made putting the fire out extremely difficult. Traditional firefighting methods were put to the test.

“To approach the fire with any water was almost an impossibility,” said Kamprad at the time. “The wind would break it up before it would reach it. That's why it's considered to be a storm.”

Credit: KSDK
The Heyday Shoe Building burns in a firestorm on April 2, 1976.

It took more than 200 firefighters and 51 fire trucks to get this firestorm under control. Eight firefighters suffered minor injuries, six buildings and a pumper truck were destroyed. Four other buildings were damaged.

“This is the worst storm I've ever been involved in,” said Kamprad, a veteran firefighter of 32 years.