With Musial, Schoendienst on roster, hopes were high for 1955 Cardinals

With everyone celebrating the start of the 2021 baseball season at Busch Stadium, we thought we'd dig into our video vault for some vintage Opening Day memories 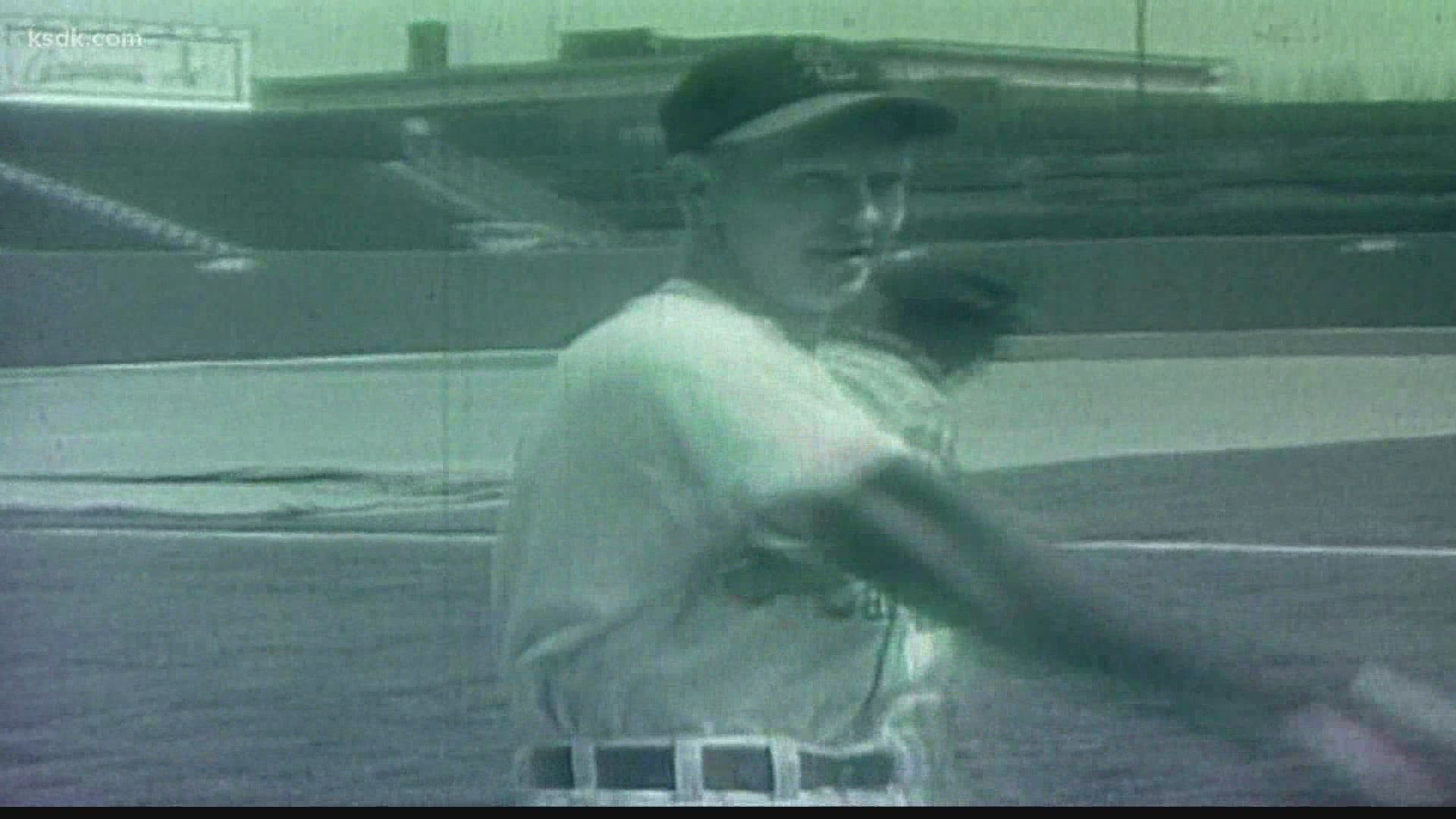 ST. LOUIS — In the spring of 1955, August Busch Jr. was hoping the team he bought two years earlier would bring home a title.

The home opener was on April 14 that year. Sportsman's Park was buzzing with excitement as the Cardinals played the Milwaukee Braves.

The locker room was ready to go, and Stan Musial, Ken Boyer and Red Schoendienst were among the Cardinals' stars warming up.

A band was on hand to warm up the crowd, and a fly-over thrilled the fans, who had great hopes for a big season.

During the game, Milwaukee's star, No. 44 Hank Aaron, easily got on base.

In the end, the Cardinals won the home opener 8-7.

But by May, with a losing record and many complaint letters from fans, August Busch Jr. would fire Cardinals manager Eddie Stanky.

"It's our feeling that Eddie has done a good job and he has our highest regard and respect,” explained Busch at a news conference. "I hope that fans will always see fit to criticize and try to run the ball club."

Credit: KSDK
The St. Louis Cardinals warm up for the home opener at Sportsman's Park on April 14, 1955

With his outgoing manager sitting on his left, and his new manager on his right, Gussie Busch announced Harry Walker had been brought up from the club's minor league team in Rochester, New York, and signed a one-year contract to manage the Cardinals.

"We had some fine managers in our organization,” said Busch, “and we selected Harry Walker because of his record at Rochester. That's it."

Walker was ready for the chance to take the team to the top.

"Your one desire is to win,” said Walker during the news conference. “The minute you walk in the ballpark, the thinking is that you want to win, and you can."

But the Cardinals ended the season with a losing record. Walker was fired, and Fred Hutchinson would be hired as the new manager.

The Cardinals would win eight more games in 1956 under Hutchinson.

In 1957, the team finished second in the National League behind the Milwaukee Braves, who went on to win the World Series.