Homeowners in Portage Des Sioux lifting their properties after flooding 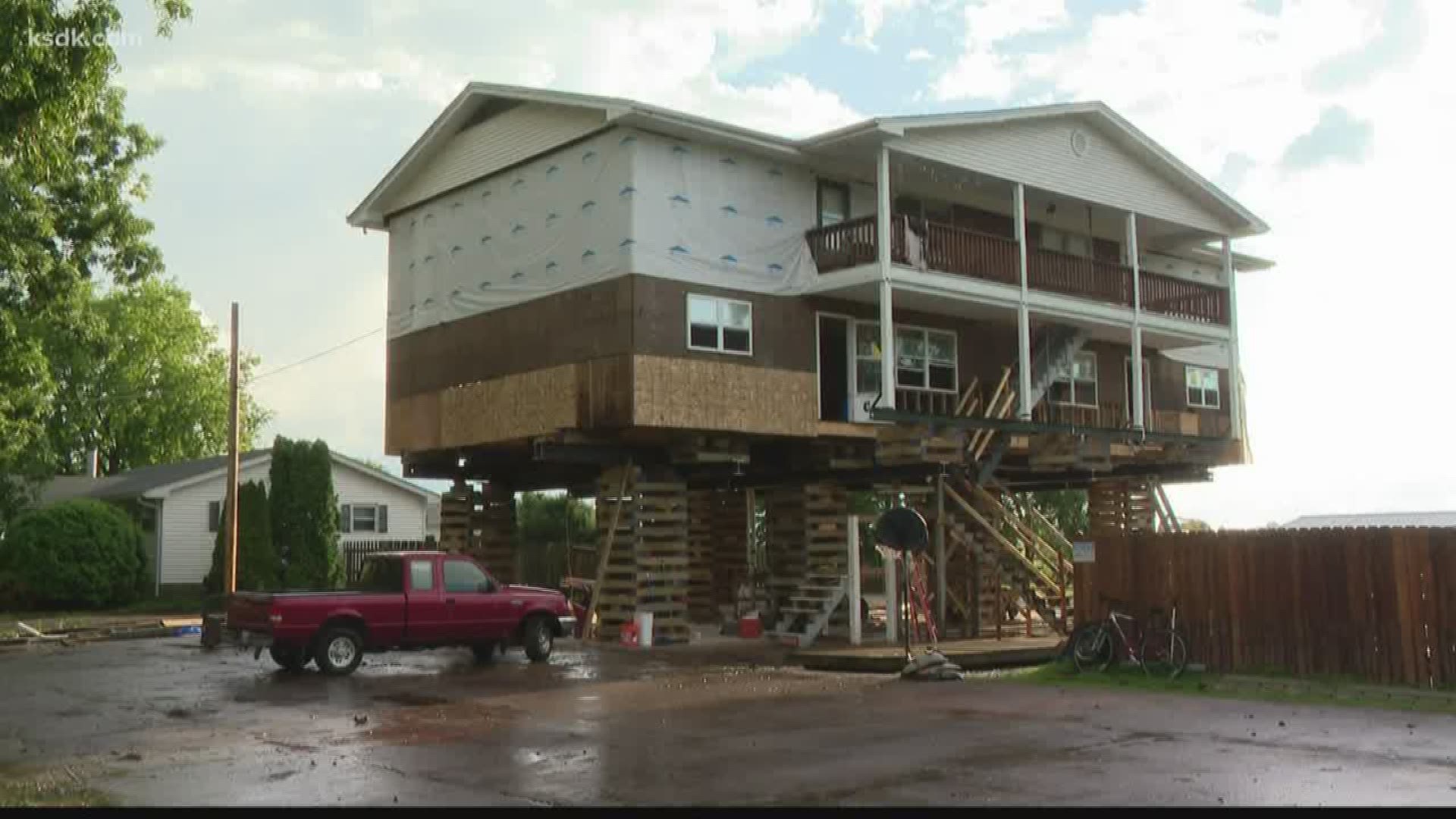 PORTAGE DES SIOUX, Mo. — On Monday, city officials and inspectors began leaving notices on condemned structures throughout Portage Des Sioux. The designations come after the city had to inspect more than 140 buildings that were severely damaged by the record floodwaters that submerged the city this spring.

Barry Munsell, a homeowner in the city, said he has not been able to live in his home for two months. However, he said the flooding and evacuation aren't the hardest part of the process.

"The hard part is the clean-up," Munsell said.

Munsell has flood insurance and is working with his insurance company and FEMA. Building inspectors determined his home was less than 50% damaged, so he said he was given the option of having his home torn down or lifting it higher.

Portage Des Sioux Mayor Mark Warner said a city ordinance, in compliance with federal guidelines, requires the main living space of a home to sit 411 feet above sea level. Older homes, he said, that were built before the ordinance was passed about eight years ago were not initially forced to comply.

However, all homes being restored from this year's flooding must meet the 411-foot standard.

"Had I gone ahead and taken the offer to just destroy the home, I would have had a lot with a garage on it and no place to live with no chance to sell it," Munsell said. "There are lots all over town that haven't been sold...I didn't have a choice. I had to raise the house."

Munsell hired Expert House Movers for the lifting project. John Matyko, who owns the company, said Munsell's home is one of three he's currently contracted to do in Portage Des Sioux.

When the lifting project for Munsell's home is complete, his house will sit eight feet higher than it currently does. He will then have to re-do the inside of his home because it was damaged by the water.

"I'm not excited about the steps," Munsell said. "...but it will be nice once it's remodeled."

RELATED: Why many homeowners are on the hook for big repair bills following Monday's rain