'I wasn't going to leave without getting an answer': Austin mom's instinct helps save 6-year-old son's life

Thanks to her a gut feeling and recently seeing a KVUE story, an Austin mom and dad helped get their son to the hospital and potentially save his life. 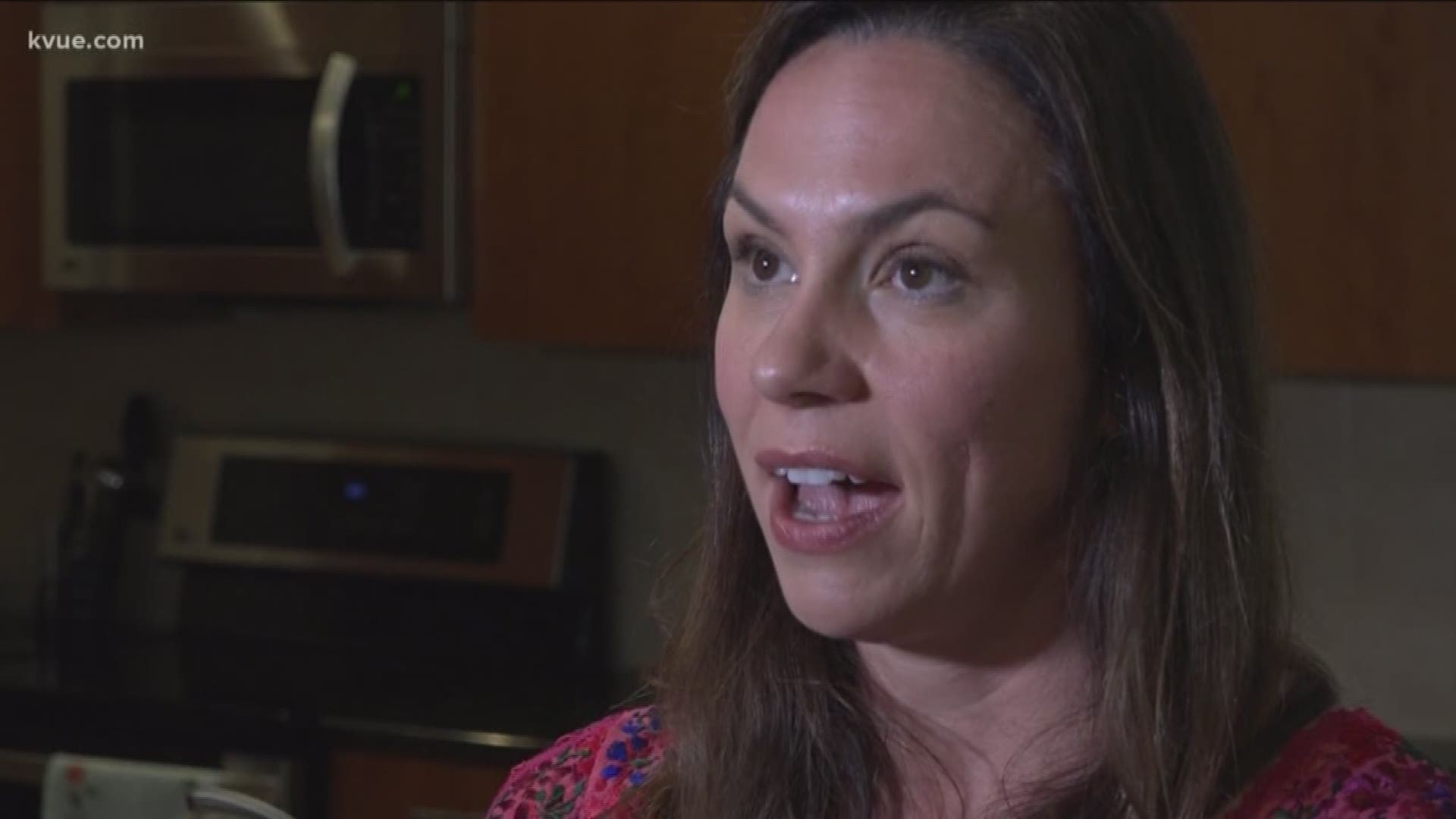 AUSTIN, Texas — As parents, sometimes you just know when something is off with your child, even if no one else can tell. The phrase "a mother's instinct" can sometimes feel palpable. This exact thing happened to an Austin couple after seeing a story that aired on KVUE.

Lizzy and Oscar Llarena have lived in Austin for 10 years now, with their 6-year-old son, Wyatt, and 4-year-old son Jonah. There are a lot of sports and physical activity going on in their household.

Baseball is also a big deal for everyone in the family. Not only does Oscar Llarena run a business revolving around baseball equipment, he's also both Wyatt and Jonah's coach.

RELATED: He choked on a chicken bone. Doctors missed it twice. 2 weeks later, he died.

"I work the machine pitch with Wyatt, and then I also coach tee ball with Jonah," Oscar Llarena said.

Wyatt's mom knew from an early age her firstborn would be into baseball early on in life.

"It was just a matter of time before that kid was head to toe in gear and ready to go play," Lizzy Llarena said.

Both Lizzy and Oscar Llarena said sunflower seeds are a big part of the baseball games, as the kids love to snack on them when they're not on the field. It was during one of these baseball games, though, something went wrong for Wyatt.

"We were about to line up to shake hands and someone said, 'Your son is choking,'" Oscar Llarena said. "He was breathing heavily. He kept coughing. He couldn't catch his breath."

"One of them got stuck there," Wyatt Llarena said, talking about a sunflower seed. "Well, a lot of them did, but some came out."

After his dad calmed him down, Wyatt said he was fine and went on with his night. He and his family went on to eat dinner, as Wyatt seemed to have no issues.

"We gave him some medicine, put him to bed and he said he was OK," Oscar Llarena said.

Wyatt, though, still had an unusual cough. His dad described it as "a wet cough like he had bronchitis." Even though it could have just been a scratchy or irritated throat, Lizzy Llarena still felt something was off.

"Anybody else would have thought, 'Oh, my kid's coming down with a cold,'" Lizzy Llarena said. "He seemed and he looked perfectly fine."

Wyatt's mom said she recently saw the KVUE story about a 20-year-old Leander man who died after choking on a chicken bone after doctors failed to find it. She said she went to bed that night thinking of that family and what they went through.

"My heart breaks for them," Lizzy Llarena said. "It's terrible what happened. That story was at the forefront in my mind."

Her motherly instincts told her to act the next morning when Wyatt's cough still sounded a bit off.

"Before I even opened my eyes, I heard him cough just once and it sounded weird," Lizzy Llarena said. "I knew that I needed to act quickly."

Instead of going to the pediatrician, Wyatt's mom decided to take him straight to the emergency room to see what the issue was.

"I wasn't going to leave without getting an answer," Lizzie Llarena said.

After an initial X-ray didn't show anything, Lizzie Llarena said she pushed for the doctor and his team to do more. They eventually used a scope to look down his throat, which revealed a sunflower seed in his trachea.

"I think everybody was really surprised," Lizzy Llarena said.

So Wyatt got put under, as the seed was surgically removed.

"I was asleep," Wyatt Llarena said. "They put the mask on me that smelled like bubble gum."

The seed was successfully removed and Wyatt was back to normal. For his mom, though, she said it is still scary to think about if she didn't act the way she did.

"What if I didn't think to take him so quickly to the E.R.?" Lizzy Llarena said. "It can be very scary if it's not dealt with."

To this day, Lizzy Llarena still feels very sad about what happened to the Leander man, but she is glad that type of tragic loss didn't happen in her family.

"As fate would have it, I saw this story, and it helped me act quickly for my son," Lizzy Llarena.