The device was created in a research lab at the University of Florida. 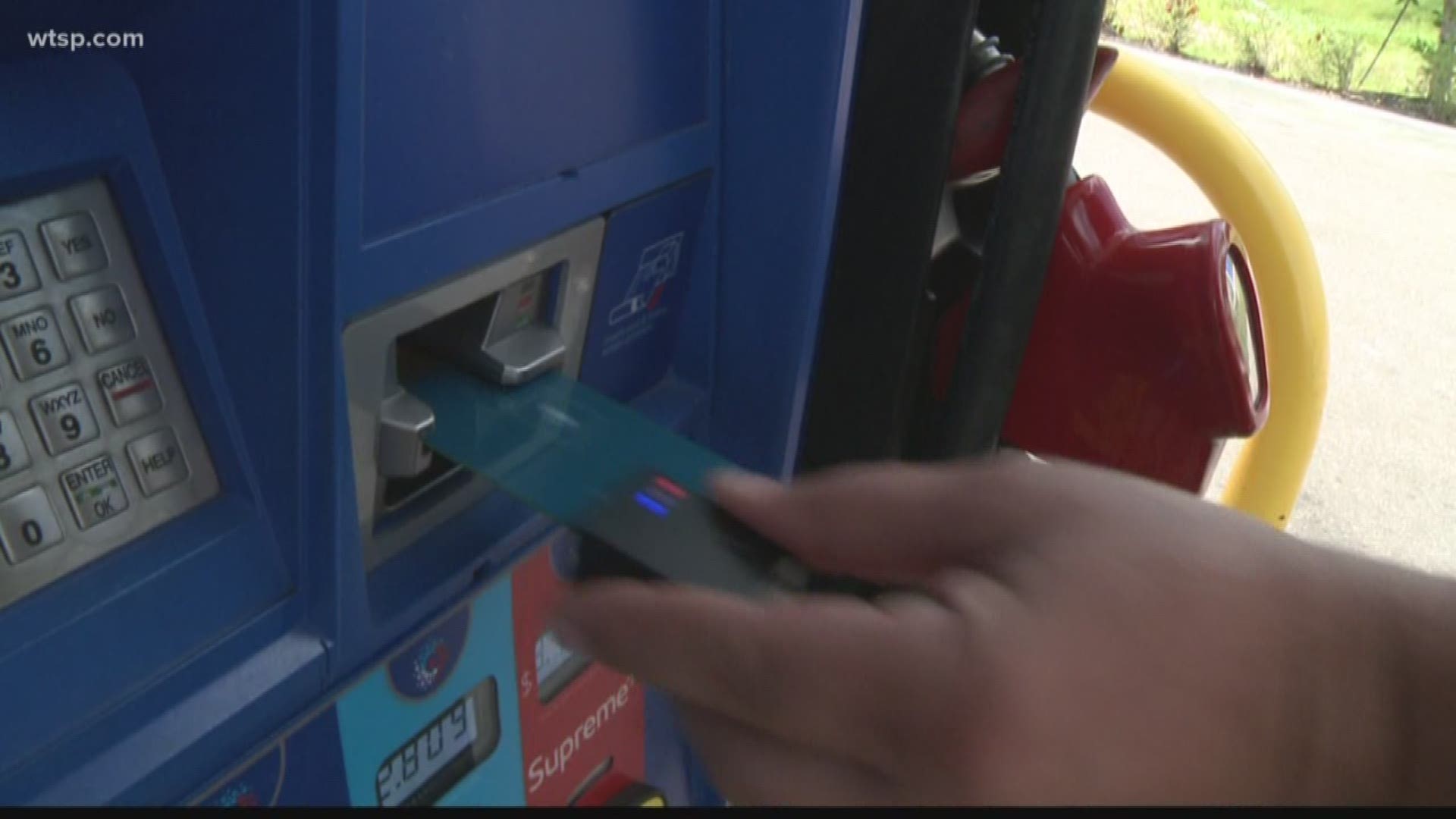 ST. PETERSBURG, Fla. — The State of Florida passed laws in 2016 to keep you safe at the pump. At a minimum, gas stations are required to have a seal on each pump showing the credit card reader hasn’t been tampered with.

A year ago, 10Investigates discovered several area gas stations that were not following the law.

Nearly 900 skimmers have been found across the state of Florida this year, with 100 of those were found here in the Tampa Bay area.

Protecting yourself at the pump seems harder to do these days, and skimmers are more sophisticated than they used to be. Plus, the people installing the devices are quick.

“We’ve had quite a few in the past,” Punta Gorda Police Lt. Justin DaVoult told 10Investigates’ Jennifer Titus.

RELATED: Thieves can rip you off using bluetooth-enabled skimmers

DaVoult says skimmers are an everyday risk to consumers, but his police department has invested in a new piece of technology called the Skim Reaper.

You insert the device into a slot like you would any credit card.

“If it is a blue light it’s free of skimmers. If it’s a red light, it tells us a possible skimmer is on the machine,” DaVoult explained while demonstrating how the device works.

The Gainesville Police Department is also enlisting the help of the Skim Reaper. The device costs around $500. Police departments say that is a small price to pay to keep their citizens safe at the pump.

The device was developed right in our back yard inside a research lab at the University of Florida, created by a professor and two graduate students inside a lab on UF’s campus in Gainesville.

Their goal was to create a device that can be used by anyone to quickly detect if an ATM or gas pump has been compromised.

RELATED: Skimmer alert: See a map of where these sneaky devices have been found

Police departments across the country, including the NYPD, use it. But it’s not just for law enforcement. Retailers are stepping up, too, hoping to protect their customers.

“To have the skim reaper in use by different retailers is a fantastic way to take that preventative measure,” said Detective Sergeant Nick Ferrara of the Gainesville Police Department. "This device is going to detect when external devices are placed on pumps, ATMs. The more people we can protect, the better."

"Are we going to be able to protect everyone? No, but if we can protect one person from being skimmed then it’s doing its job.”

10Investigates did sit down with the creators of the Skim Reaper but for fear of their safety, they did not want to reveal their identities.