Who is Louisville Sgt. Jonathan Mattingly?

Mattingly was shot during the raid at Breonna Taylor's apartment the night she died. 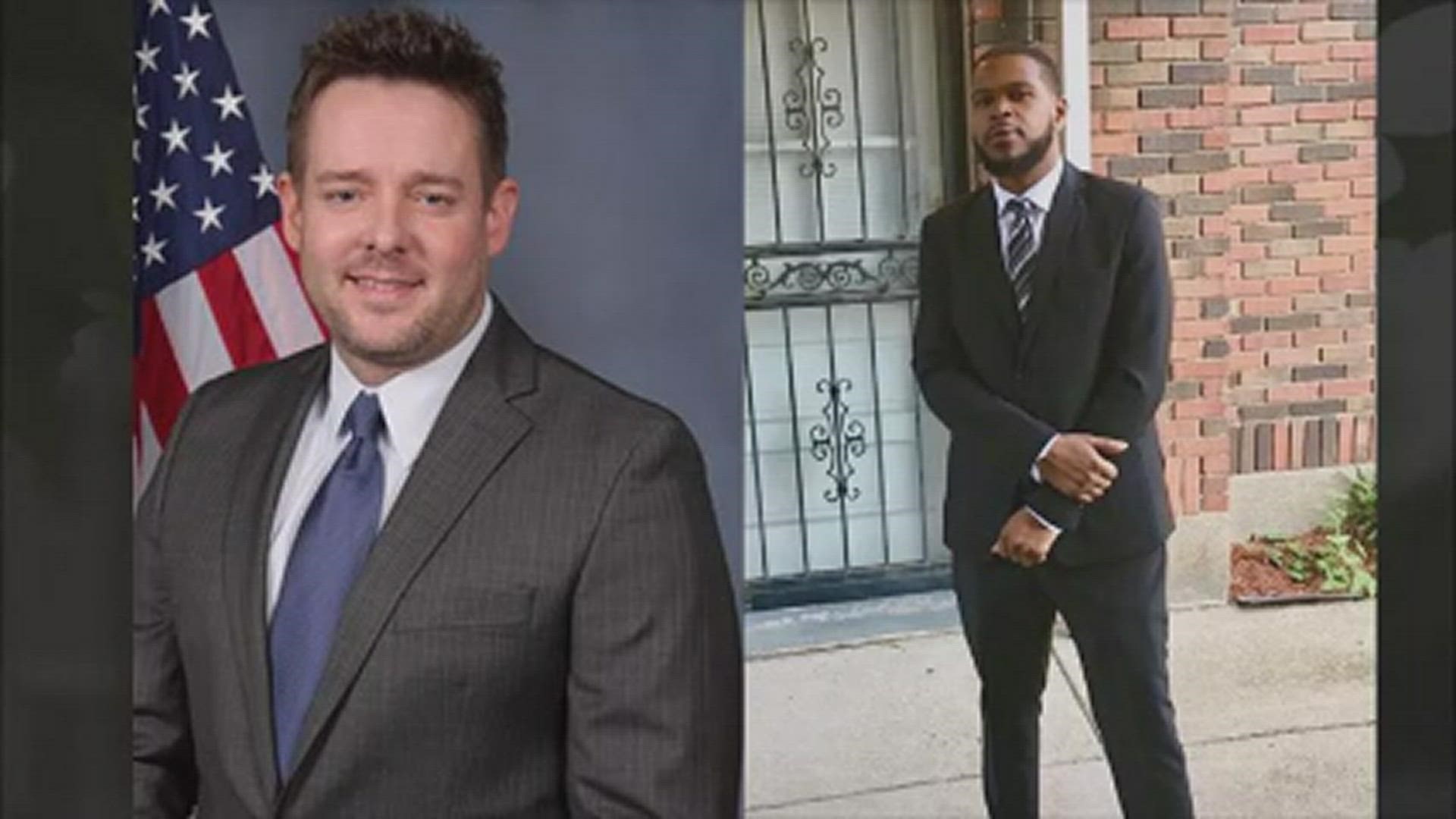 LOUISVILLE, Ky. — Jonathan Mattingly, a Louisville police sergeant shot during during the execution of a warrant at Breonna Taylor’s apartment in March 2020, has been with LMPD since 2000.

Mattingly worked in the 2nd, 3rd, 4th and 7th divisions as well as the no longer active VIPER unit before joining narcotics in 2016. The VIPER Unit focused on taking on the city’s most violent crimes but was dissolved after three years.

Since joining LMPD, Mattingly has received several letters of appreciation and commendations thanking him for his professionalism and commitment to his job, according to his personnel files.

"Thank you for going above and beyond the call of duty," former chief Steve Conrad said in a letter to Mattingly and other members of the narcotics division. "I appreciate your willingness to put forth the extra effort to achieve our goals on a daily basis."

Mattingly was reprimanded in 2017 following a professional standards unit investigation into the force he used against a suspect. He was not disciplined any further.

During the raid at Taylor’s apartment complex on March 13, Mattingly was shot in the thigh by Kenneth Walker. While Mattingly said police did announce themselves, Walker’s attorneys said he fired in self-defense, not knowing who was coming into the apartment.

When asked if it was his officers who returned fire, Mattingly answered that he did not know.

"I don't know…I never saw anyone return fire," Mattingly said. "I don't think they did, especially my initial four, I know nobody did it was just me and this guy."

Mattingly required surgery, with Commonwealth’s Attorney Tom Wine saying his injuries could have been significant worse if not for his wallet in his pocket.

Attorneys said that no drugs were found in Taylor's apartment.

RELATED: Piecing together the night of Breonna Taylor's death

In an email to colleagues obtained by WHAS11 on September 22, Mattingly expressed expressing his support for them in anticipation of Attorney General Daniel Cameron's announcement regarding the Breonna Taylor investigation.

"You do not deserve to be in this position," Mattingly said. "The position that allows thugs to get in your face and yell, curse and degrade you. Throw bricks, bottles and urine on you and expect you to do nothing."