The PIU summary says Det. Jayne's affidavit wording was 'misleading.' Jaynes said that wasn't his intention, but he could have worded it 'differently.' 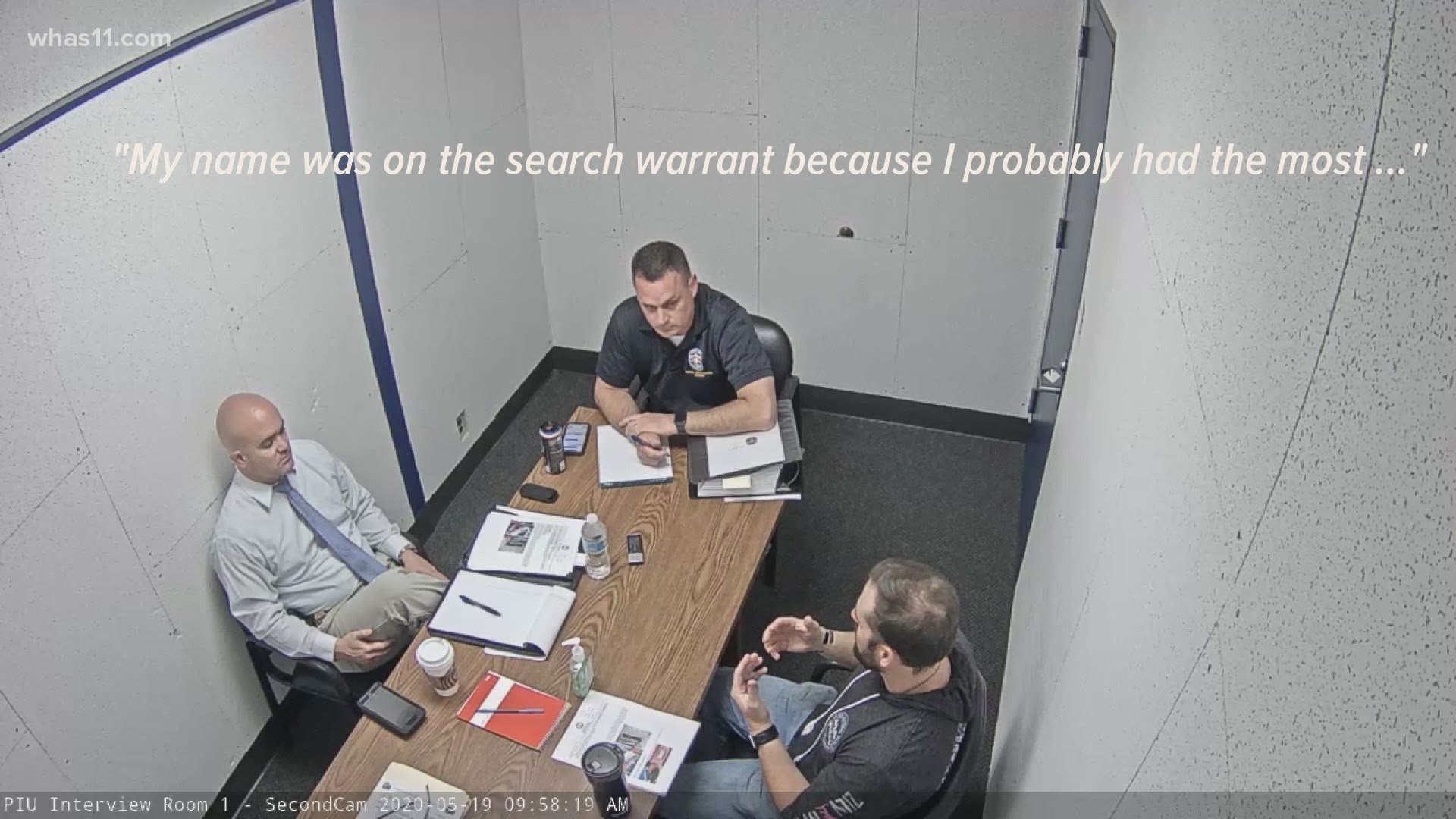 LOUISVILLE, Ky. — Six days after the death of Breonna Taylor, Detective Joshua Jaynes walked through what led to the execution of a search warrant at Taylor's home on March 13.

While the affidavit for the warrants said Jaynes verified with the Postal Inspector Service that suspect Jamarcus Glover had been receiving mail at Taylor's home, Jaynes said in an interview with LMPD's Public Integrity Unit that he actually asked Sgt. Jonathan Mattingly to verify because he worked with them on a daily basis.

"So I – my name was on the search warrant because I probably had the most experience in that group of writing and drafting search warrants," Jaynes said.

In the PIU summary written in July, investigators described Jaynes' affidavit wording as "misleading," saying "given Jaynes' statement related to the information" it "should be reviewed for criminal actions."

When asked if it was his intent to mislead the judge, Jaynes said no.

"No, not at all," Jaynes said. "And like I said, I could have – I – I could have worded a little bit differently in there."

He wrote that he had seen Glover picking up packages at Taylor's home before taking them to a known "drug house" on Elliot Avenue.

"Through my investigation experience...is that they get other people involved and it's usually females," Jaynes said. "It's usually baby mamas or have a ma...child in common or it's girlfriends that they can trust. They can trust them with their money and their stuff. And that's where I believed the 3003 Springfield to be."

No drugs or money were found at Taylor's home the night she was killed.

In his interview, Jaynes said even if he didn't include the postal information on the affidavit, he believed there still was enough evidence for probable cause to allow a search warrant to be executed on Taylor's apartment.

He did, though, call the situation "unnerving," saying he would have done some of the investigation "a little bit differently," though did not elaborate.

Jaynes told investigators he believed Taylor's home was the place least likely to have something go wrong.

"When I heard that, you know, an officer got shot, I mean, my heart was in my throat at that time," Jaynes said. "You know, I...and these are...these are our war— I mean, my warrants."

Jaynes has been on administrative reassignment since June.

RELATED: 'Breonna Taylor did not deserve to die': Attorneys react to release of LMPD investigation files