The special review echoes what the I-Team has been uncovering since February, when analysis found almost $78,000 in tow and storage fees were waived at the tow lot 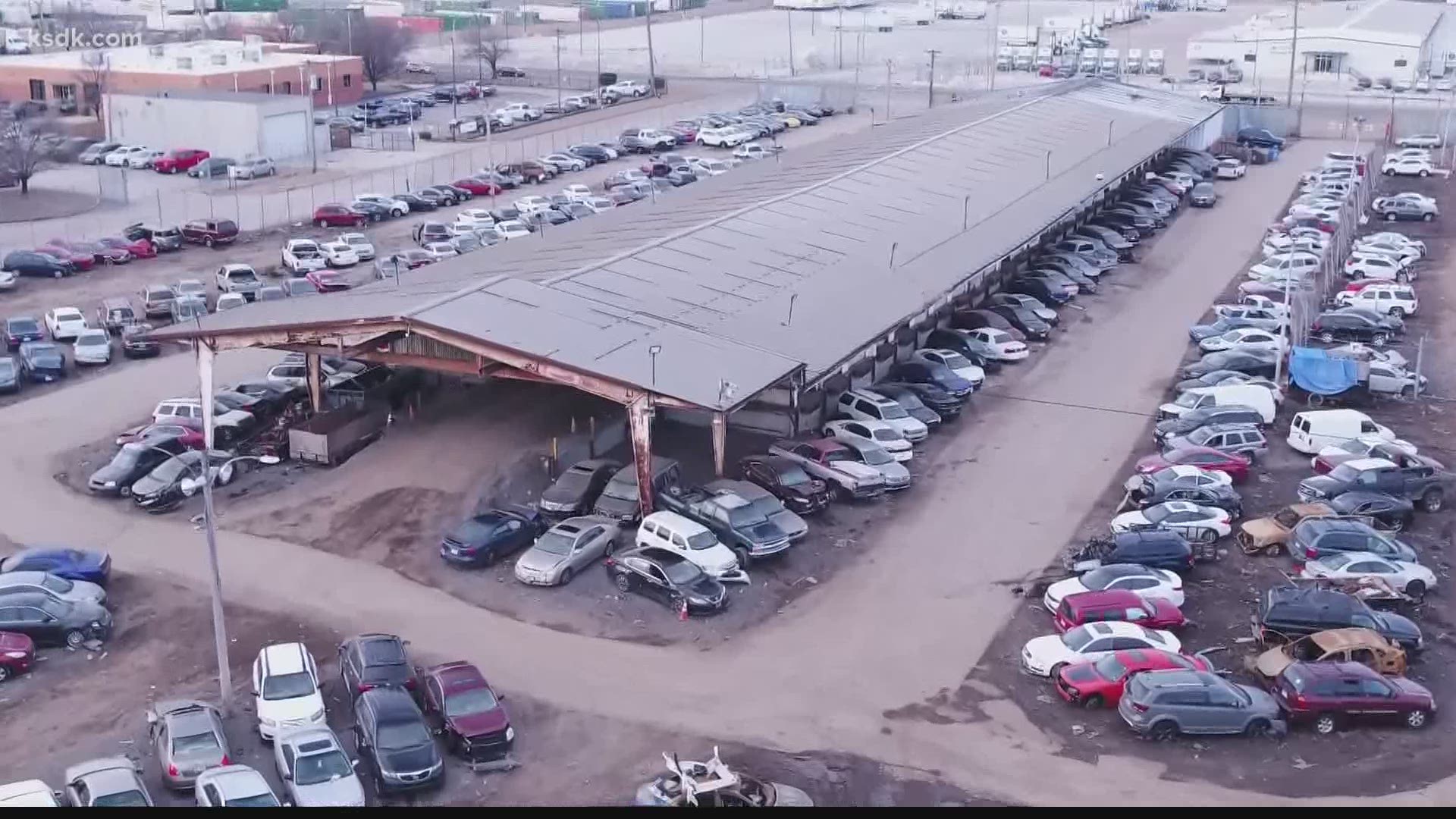 ST. LOUIS — Missing cars and a lot of missing money.

Those are the findings of a special review audit the St. Louis Comptroller’s Office released on the St Louis city tow lot on Tuesday.

It marks the first city audit of the Auto Towing and Storage Division of the Street Department since a regularly scheduled audit in 2018. The new audit was initiated by "calls from various sources requesting an audit," the review states.

The audit's findings add evidence to claims of mismanagement at the city tow lot that the I-Team has been uncovering for weeks.

In February, analysis of records from the tow lot showed almost $78,000 in tow and storage fees were waived and up to 150 cars appeared to leave the tow lot for free. That number does not include car theft victims, who are allowed to get their vehicles back for free within 72 hours of notification.

After the I-Team report, more than two dozen Missourians reached out to share their stories about cars that were stolen but not retrievable from the tow lot for free within the 72-hour time frame. Some told 5 On Your Side's PJ Randhawa they were asked for a title they couldn't provide. Others told the I-Team they provided a title but were still not allowed to retrieve their vehicles.

Alderman Joe Vaccaro, who introduced the city ordinance that allows car theft victims to get their vehicles back from city tow without charge, says he plans to introduce an amendment to that ordinance.

He tells the I-Team he’s hopeful he can craft a city policy that makes the process even easier for theft victims.

In late January, the I-Team went undercover to a weekly public auction held at the city tow lot. The Auto Towing and Storage Division is supposed to auction off all vehicles with a valid vehicle identification number (VIN) if they are left longer than 30 days.

Multiple sources told the I-Team that cars brought into the tow lot were not being handled appropriately, sometimes going home with employees. An employee of the tow lot, who was fired shortly after speaking to reporters, claimed some of the nicer vehicles are kept off the auction block intentionally.

According to the new audit, six cars scheduled to be auctioned on January 28th were nowhere to be found.

In that special review, a tow lot foreman claimed vehicles may be "lost on the tow lot."

It happened at two separate auctions the auditor reviewed, costing the city more than $5,000 dollars in revenue.

City tow lot management responded in the audit, writing that they did provide justification for why the eligible vehicles were not sent to auction. A follow-up comment by the audit manager says "it was determined that no documentation, although requested during the review was provided."

The audit also validated statements from former tow lot commissioner James Mundy to the I-Team in January. He raised concerns that the lot could not account for vehicles that were sent to be crushed for recycling.

Vehicles that can't be auctioned, due to their condition or a missing VIN, are sold to Brock Auto Parts & Recycling in Hillsdale to be crushed. Per a contract with the towing division, the contractor pays the city $110 for each vehicle it receives to crush and recycle.

“Even in a totaled vehicle, they have the parts that are valuable and available, so, yeah, no vehicles going out there for free,” said Mundy.

Yet the audit found no record of payment from Brock Auto Parts & Recycling for almost 20% of the vehicles crushed since December 2018.

According to the audit, "the percentage of unpaid crushed vehicles is substantial at 18.83%, or almost 1 out of every 5 cars." They counted 42 vehicles that were reported as crushed, adding up to $4,620 total that the audit identified had not been paid to the city.

"The city is losing revenue from vehicles that have been sent to the contractor without payment," the audit states.

In response, city tow management said Brock Auto Parts & Recycling does owe the city for 16 vehicles, but the bill isn’t due until the end of the quarter.

The auditor subsequently notes they could “not confirm” that information.

The audit found "more vehicles may be missing from this amount” because of issues with the division's records system.

The I-Team reached out to Roger Brockman of Brock Auto Parts & Recycling. He said he pays for all the crushed vehicles he receives from city tow every 90 days.

"I've been in business for 51 years, I don't go on the tow lot. I've got better things to do. [The employees] are liars," said Brockman when reached by phone Tuesday afternoon.

Also missing at the city tow lot: a written policy book with standard operating procedures. It's something auditors have been recommending since 2012 and that the I-Team questioned earlier this year.

“There is not an official manual,” said Kent Flake, the current commissioner of the Street Department, in February. “We do have about 40 signs up on the wall with our rules on them. That's kind of from way back. We've been trying to get an actual work rule manual actually put together.”

In 2012, when the audit recommended that tow lot management create complete and up-to-date policies and procedures manual, the towing division's response said, "It is a time-consuming process and one that tends to be put off. We will start in this as soon as possible."

Then, when the comptroller's audit again recommended creating a complete and updated manual, management at the city tow lot wrote, "A procedures manual with written policy will be created."

Neither Flake nor St. Louis City Operations Director Todd Waelterman have responded to 5 On Your Side's request for comment.