The complaint accuses sheriff’s office employees of raping a woman who was in custody at the county jail facility. The FBI investigated the claims in 2017. 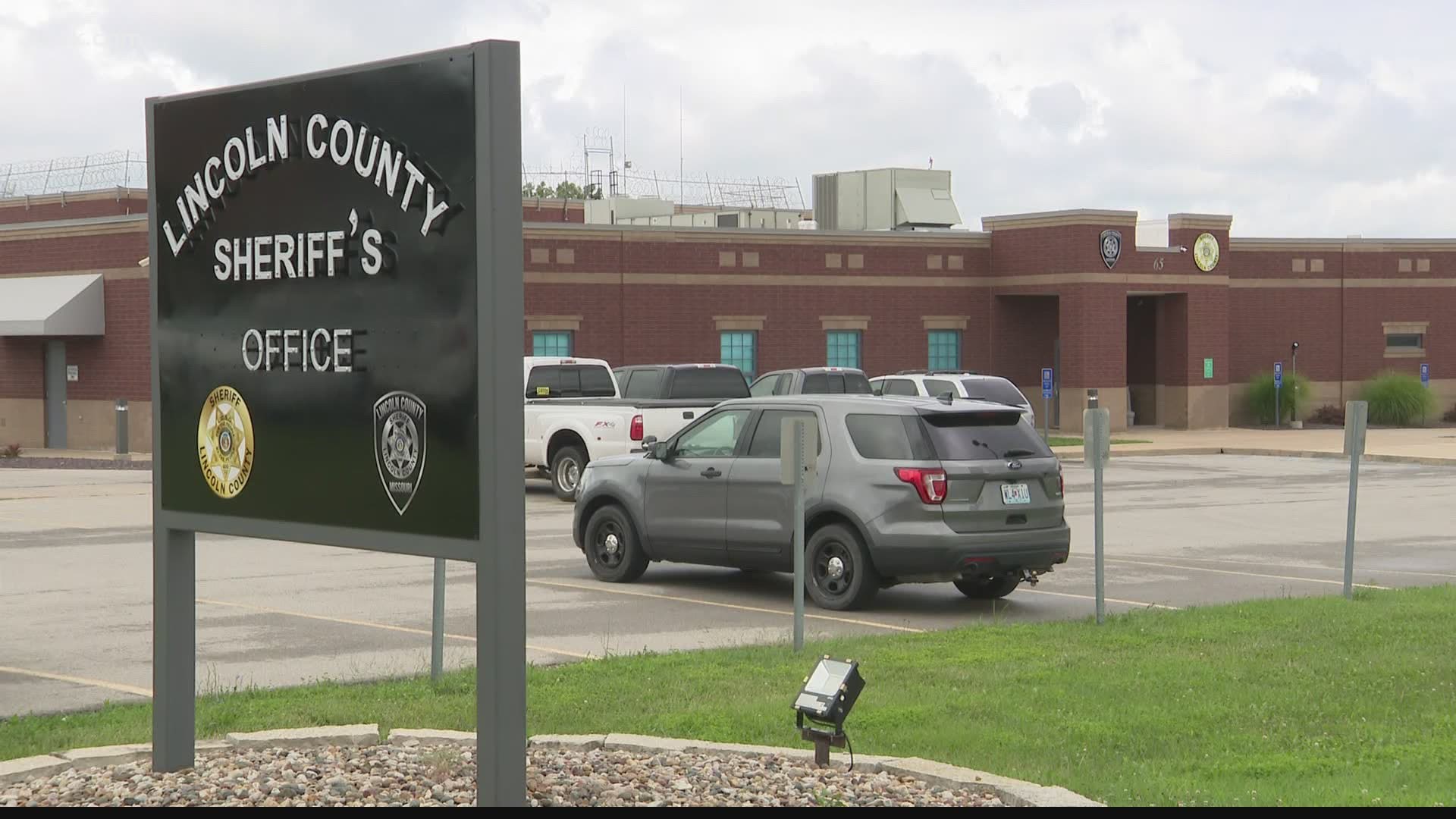 LINCOLN COUNTY, Mo. — A new lawsuit filed in federal court accuses Lincoln County sheriff’s office employees of misconduct and the rape of a woman who was in custody in 2016.

The plaintiff is suing Sheriff John Cottle and several deputies who she says used a Taser on her, failed to report her complaints of inappropriate behavior to their supervisors and failed to preserve evidence that showed the events she described. The events became the subject of an FBI investigation in 2017, according to the woman’s lawyer and the Lincoln County Sheriff’s office.

The plaintiff is filing her suit under a pseudonym out of fear of retaliation.

The lawsuit stems from a domestic disturbance call from November 2016. The woman was arrested by Lincoln County deputies and taken to the jail after a fight with her husband. The complaint says that the deputies told her they would need to arrest one of them due to a “12-hour rule” policy for any case that involves multiple domestic calls in a short amount of time. She claims that she told them to arrest her instead of her husband.

Once she arrived in the booking area, she claims she was thrown on the floor, Tased, and left in a restraint chair for hours. After that, she says, she was taken to another room and raped by “multiple” unnamed employees of the sheriff’s department and then taken to a cell.

In a second incident in 2017, she claims that sheriff’s deputies were called to a home where she and her husband were being evicted. She says that a deputy injured her while he attempted to put handcuffs on her and during the altercation she screamed that sheriff's office employees had raped her “last time” she was arrested.

The plaintiff is seeking damages on counts of negligence, excessive force, and failure to report her complaint when she mentioned the alleged rape in 2017, as well as overlooking separate allegations in 2016 when she accused a deputy of touching her inappropriately during a pat-down.

“This wouldn't have happened with better policies, better oversight, from the sheriff's office,” said John James, lawyer for the plaintiff. “We think this was a systematic problem where basically the policy was essentially, 'You don't have to worry about these things.'”

James said that key evidence of the plaintiff’s treatment at the jail was not preserved by the sheriff’s office, including surveillance video of the altercation in the booking area in 2016.

“They sent her to the emergency room for X-rays. Their policies indicate they should have records about that. And, again, we were not provided with any of them. But we have an X-ray,” said James.

The lawsuit does not specify the identities of the employees that the plaintiff is accusing of raping her.

“They're not named because we have not identified them,” said James. “That is something we hope to accomplish through the lawsuit.”

The Lincoln County Sheriff’s Office sent the following statement to 5 On Your Side:

“The Federal Bureau of Investigation investigated this complaint in 2017 and the results of their investigation was unfounded. The Sheriff's Office denies all allegations within this lawsuit."

James said his office was the first to ask the FBI to investigate, but he added that the missing video and lack of reports warranted additional scrutiny.

“I'm aware that they chose not to prosecute anybody. That's different than finding no wrongdoing,” said James. “I think they know the difference.”

The I-Team reached out to Lincoln County Sheriff John Cottle for an interview, but he did not respond to the request.