Some say Top Notch disposal hasn't picked up their trash in 3 weeks. Other have been waiting months for a refund 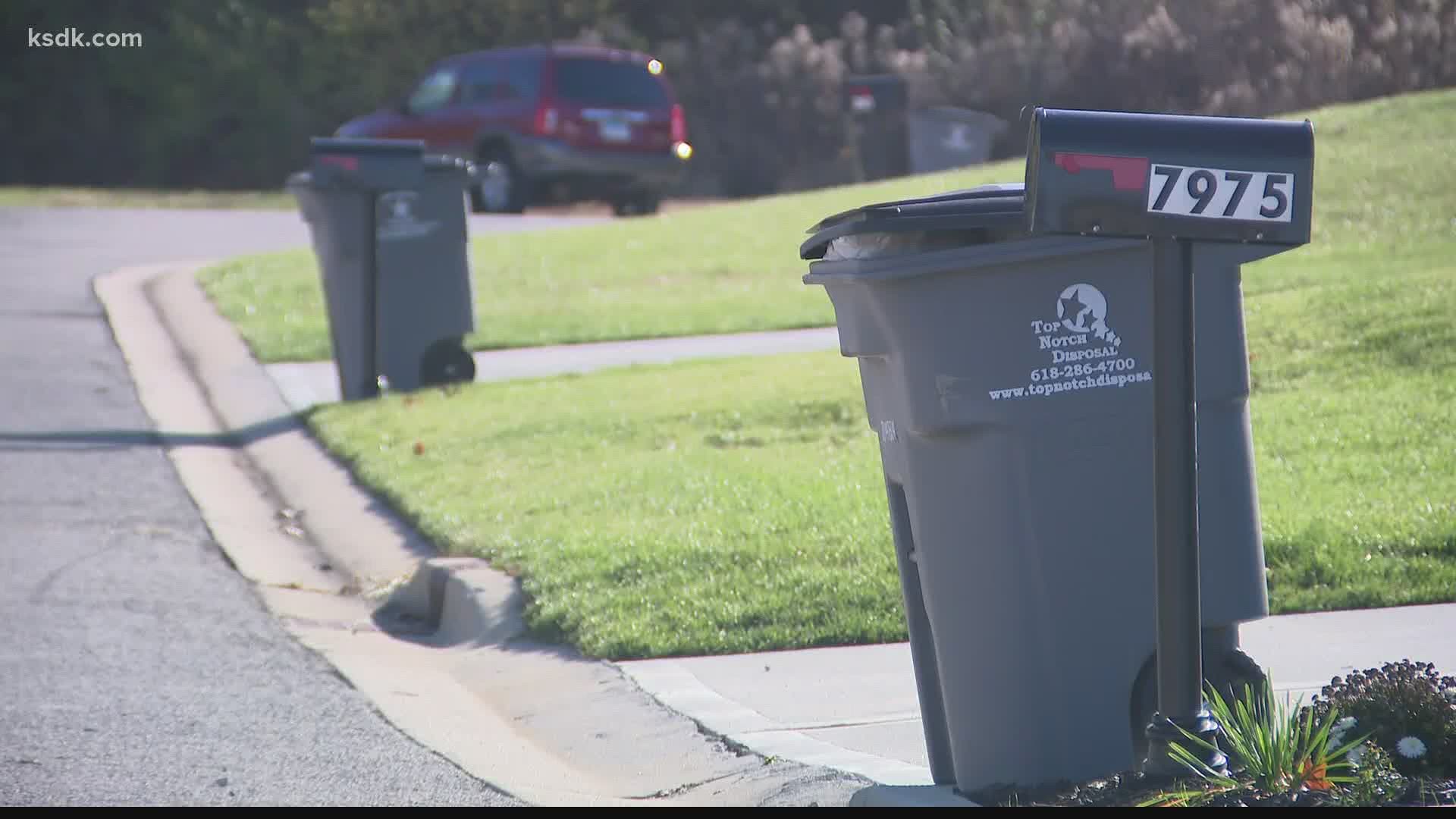 BELLEVILLE, Ill. — Trash is piling up in areas of the Metro East.

Some residents told the 5 On Your Side I-Team that their trash sits out for weeks at a time with no pickup.

Others said they can't get a refund from their trash hauler, Top Notch Disposal.

The company's owner says he is begging his customers for some patience during a difficult time.

And complaints about the company have been racking up with multiple agencies.

“If it was just me I’d have to deal with it. But there's so many of us. And I just think it's wrong,” said Bernie Yapp of Fairview Heights.

Yapp has been trying to a get a refund from Top Notch Disposal since May, after it announced they would no longer be providing service in the area.

“You know he's taking money that's rightfully ours. And in my mind, that's a crime,” said Yapp.

The Illinois Attorney General's office is now investigating the company. They told the I-Team they've gotten seven complaints from customers relating to not getting refunds and not getting trash picked up.

“It is always been a challenge with top notch,” said Heidi Logan, who serves on the Homeowners Association of the Tanglewood community. “Trash is left out overnight waiting for trash service to come the next day. You have critters that will tear your trash up and then you gotta go pick it up.”

“it smells,” said Yapp, who recalls weeks of missed trash pick ups. “It's a public health issue to me.”

The Better Business Bureau recently issued a warning about the company.

“Right now we have 24 complaints on file for this business. The business did not answer 19 of them so they are in an F rating with the BBB,” said Don O’Brien, Investigator with the BBB.

The longest period some residents have gone without getting their trash picked up is three weeks, according to O’Brien.

Many of his employees were laid off, or quit for health reasons.

On the flip side, Colvin says many of his customers either didn't pay or were late on their payments, which greatly impacted his ability to run his business.
Colvin says he recently lost out on a contract for trash service with Fairview Heights, which cost him 900 customers. Colvin says he's working on refunds for those residents, but asks for patience while he struggles to keep his doors open.

“At some points there were saying that their trash trucks broke down there trying to get them repaired or then they ended up buying a new trash truck,” said Logan. “You know recently I’ve heard that the some employees quit.”

The BBB has some advice for anyone who may be looking for a new disposal company.

Colvin says he is hoping to secure a disaster relief loan to help him ramp up his service, and send out refunds as soon as possible.