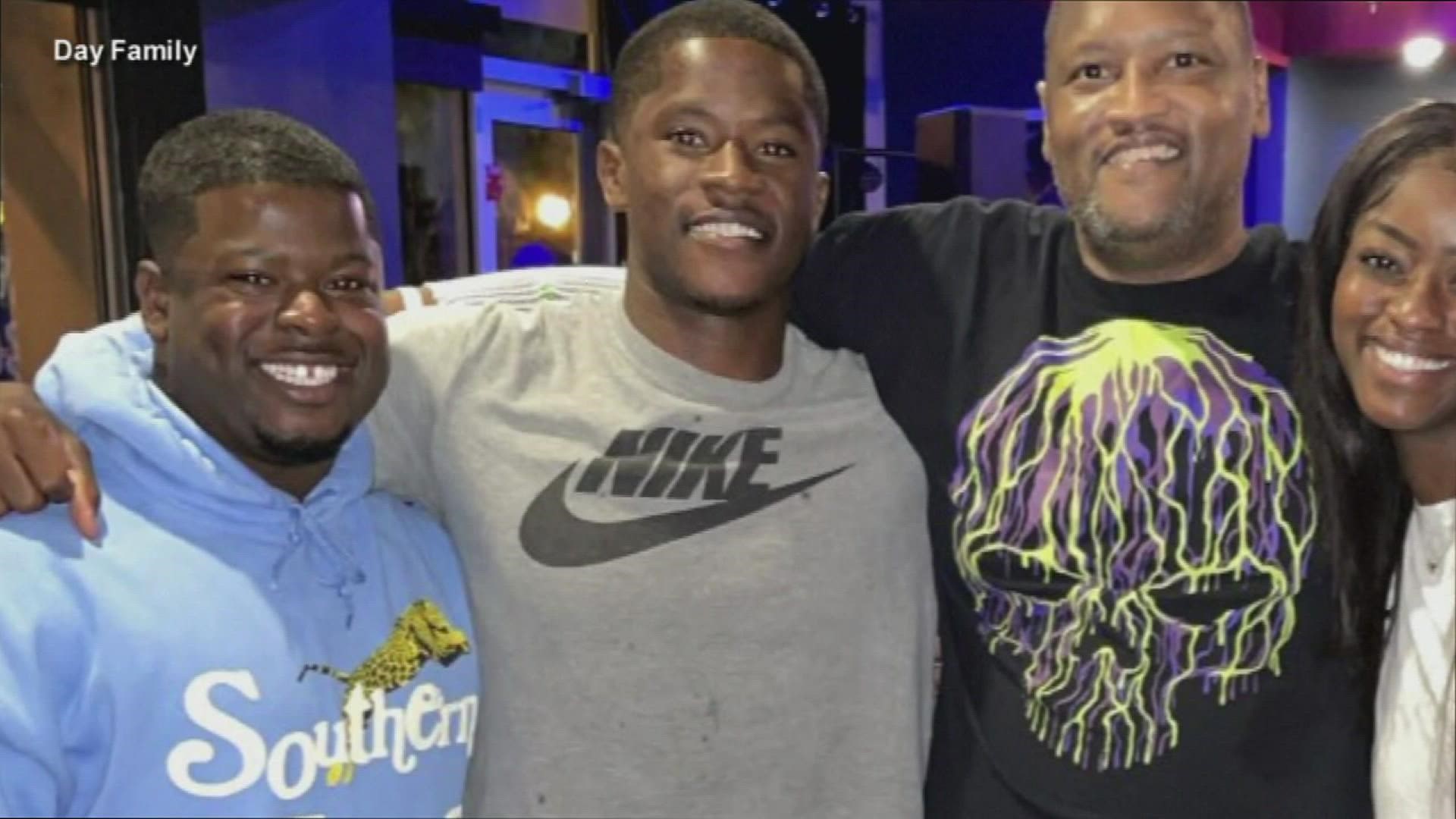 BLOOMINGTON, Ill. — A body found in early September has been identified as missing Illinois State University student Jelani Day, according to the LaSalle County Coroner’s Office.

The coroner confirmed on Thursday, September 23 that the body belonged to Day.  Forensic dental identification and DNA testing comparisons were used to make the connection.

Day, a 25-year-old graduate student, was last seen on Aug. 24; his last known location was at a retail store called Beyond Hello. He was last captured on surveillance footage from the store at about 9 a.m. that day in Bloomington. Outside surveillance video showed Day's white 2010 Chrysler 300, with Illinois license plates CH74067, in the parking lot of the store.

After last hearing from him on the evening of Aug. 23 and Day not showing up to class for several days, Day's family made several attempts to locate him but were unsuccessful in their search.

He was reported missing on Aug, 25 by his family, according to a joint statement from investigators.

Day's vehicle was found Thursday, Aug. 26 in a wooded area south of the Illinois Valley YMCA. Police asked the public for information from anyone who had seen the vehicle from 9:15 a.m. Aug. 24 to 4:20 p.m. Aug. 26.

Meanwhile, investigators searched for Day using different tactics, including K9s and drone aerials. On Sept. 4 a search was conducted in the LaSalle Peru area - that's when they found the body in the Illinois River, just off the south bank, east of the Illinois Route 251 bridge.

It took nearly three weeks to identify the body.

Before the body was identified, Day's mother, Carmen Bolden Day, expressed frustration with "lack of enthusiasm" in Bloomington police's one-detective investigation into her son's disappearance during an interview with WGLT-FM.

She said she felt that police needed to continue the search, despite the discovery.

"Since (police) found that unidentified body, it doesn't seem to me that they are pushing to continue to look for my son," Bolden Day said to WGLT. "I understand that there are other crimes that they have to investigate, but it seems like I only have this one detective ... Once he stops, does that mean we stop looking for my son?"

On social media, Bolden Day has made comparisons between the swift nationwide coverage and FBI investigation into the disappearance of Gabby Petito, who is a white woman, and the lack of manpower behind the investigation into her missing Black son, who had been gone for almost a month.

"(Jelani) is loved," Bolden Day said to WGLT. "He is wanted. He is important."

Day's cause of death remains unknown.  Toxicology testing is pending and investigators are continuing to seek for information from the public.

If you have any information you are asked to contact the LaSalle County Sheriff’s Office at 815-433-2161. 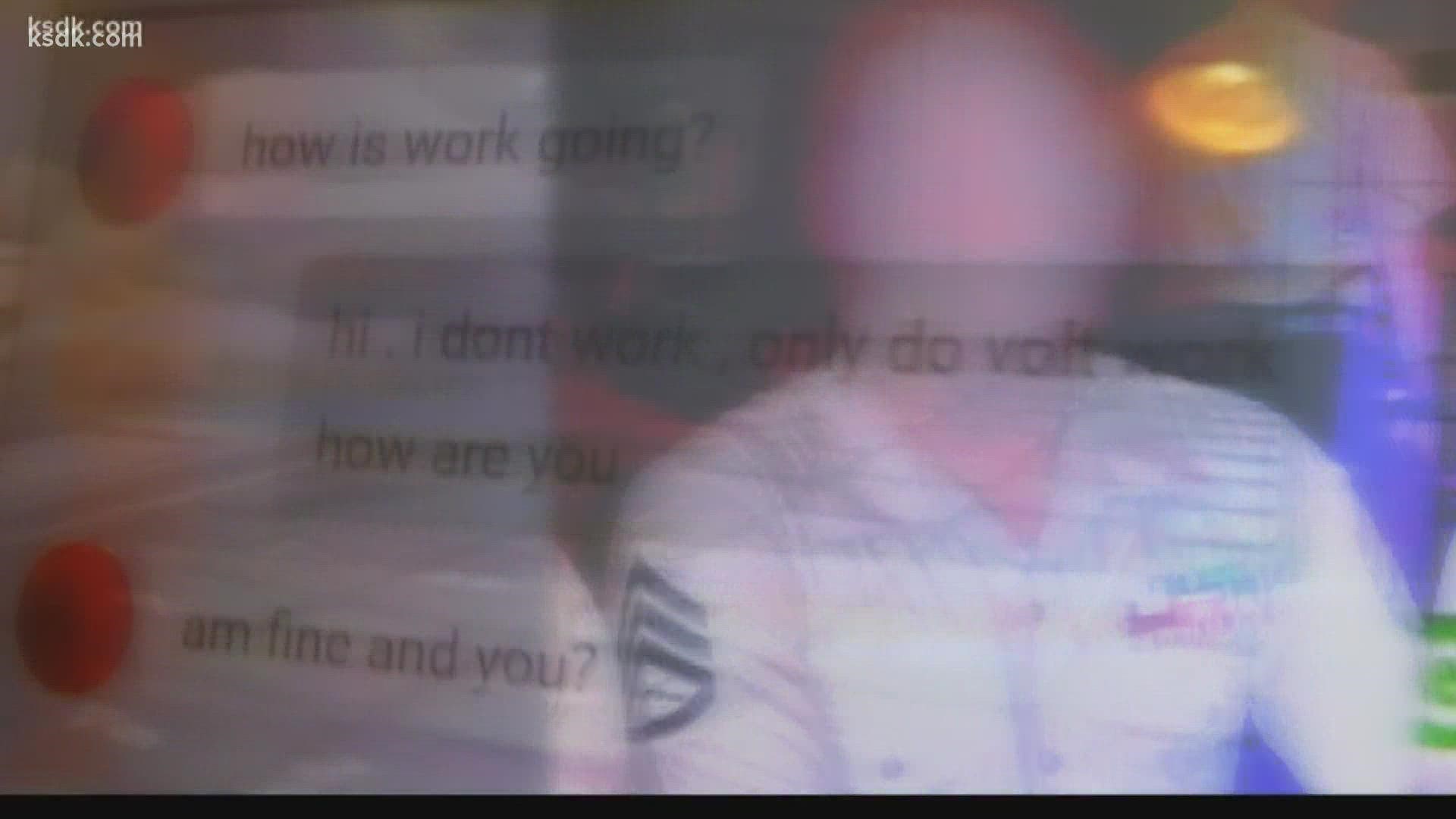 St. Louis woman swindled out of $1.2 million by romance scammer