The help rape victims need to catch their attackers, a Sexual Assault Nurse Examiner, is sometimes hours away 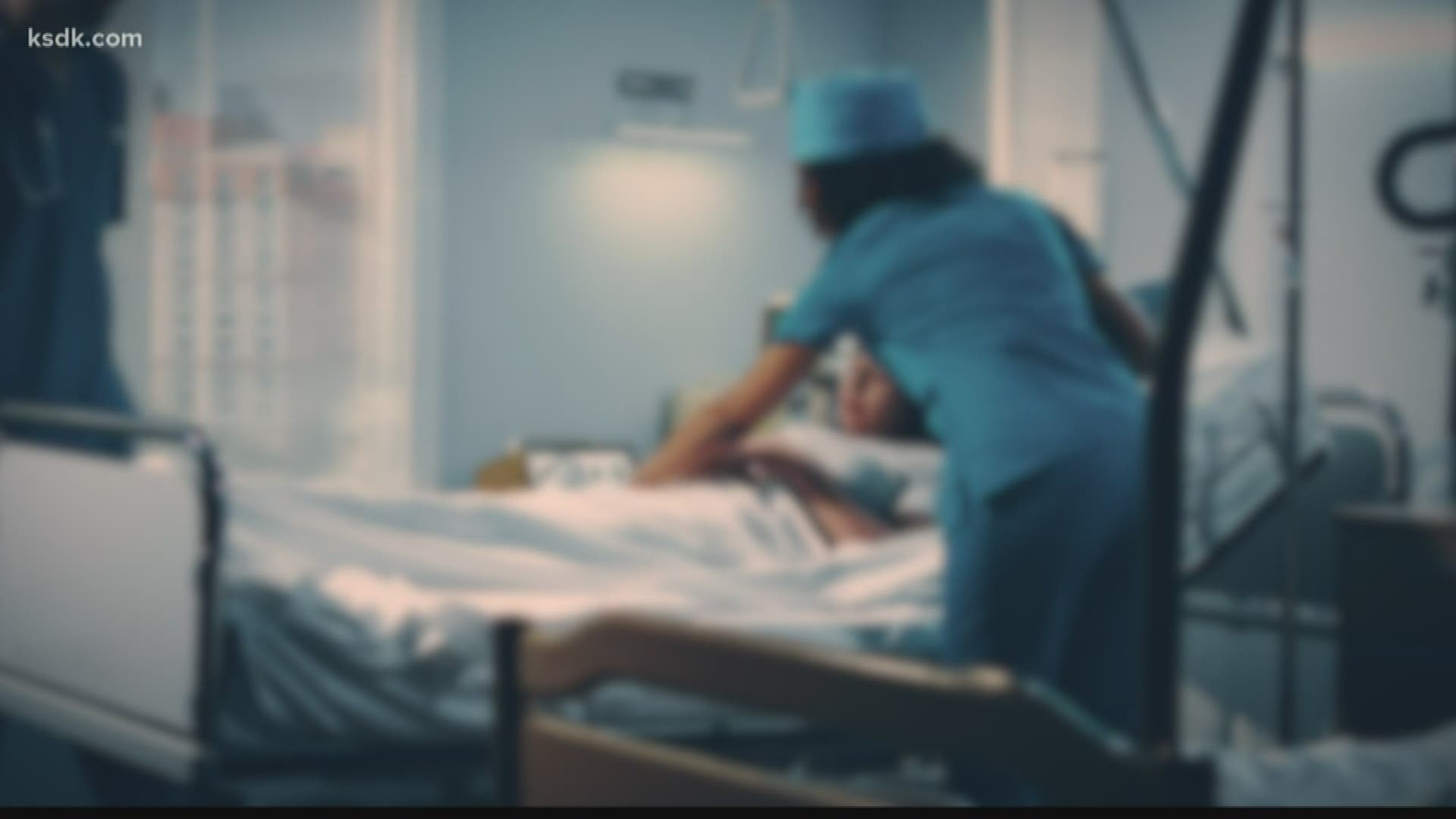 ST. LOUIS — Taylor Hirth saw the worst and best in humanity all in one night in February 2016.

First, she woke up in her bed between her sleeping toddler and a strange man who put his hands on her mouth.

“There was a man standing in the doorway, telling me to get on my stomach,” she said. “It started out with just two guys and I believe that at least one or two more came in at some point.”

For more than two hours, the men who invaded Hirth’s apartment sexually assaulted her with her toddler in the room.

When they left, Hirth was too scared to call police, in case her attackers were nearby or planned to come back. She couldn't find her phone, so she used her computer to message a friend to call police for her.

Hirth was still hours from the end of that night’s events. Sexual assault victims carry evidence of the crime on their bodies, so the next step was an invasive exam to collect all the material that police would need to find the perpetrators. That was when a nurse became a hero for Hirth.

“She, I believe, drove about two hours in the middle of the night to perform the exam,” said Hirth. “She was phenomenal. She gave me as much control, as much of a heads-up as she could over everything she did. She’s very careful, you know, because what she was collecting was evidence.”

Hirth’s nurse was trained to perform an exam that preserved the evidence and made Hirth feel as safe and comfortable as possible, given the circumstances. She had training as a Sexual Assault Nurse Examiner, or SANE. 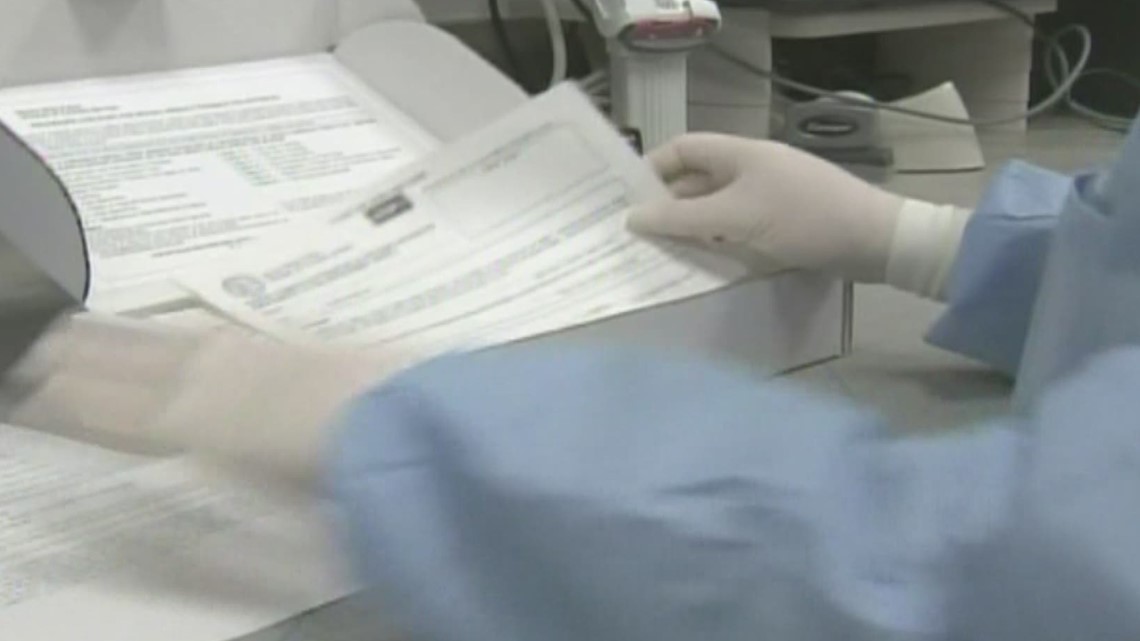 Collecting the Evidence to Catch a Rapist

Not every rape victim in Missouri gets to see a SANE. Helen Sandkuhl, an administrative director of nursing for emergency services for SSM Health, has trained hundreds of nurses in Missouri and Illinois as SANE nurses. She said there still aren’t enough.

“There is a shortage in Missouri,” said Sandkuhl. “There's a shortage of SANE nurses throughout the country.”

Before the SANE program existed, she worked as an ER nurse in East St. Louis, where she recalls working around a thousand sexual assault cases.

“If a sexual assault victim would come in, even a child, the doctor would come in, he would see him and he would write down all these little orders separately. And then you would run around the ER and you'd get this out of this drawer and this out of that drawer, put everything together and you would do the exam, collect the evidence, and then the physician would come and he would do the final part of the exam, which was a pelvic exam,” she recalled. “When we finally went to kits, every district had a different kit.”

As more areas move toward a standard kit, consistent training like SANE helps nurses know the best way to collect evidence and how to take care of victims. Sandkuhl said her training now includes collecting touch DNA samples for victims who were strangled.

The end result is a higher chance of successful prosecution if a SANE nurse does the exam and testifies in the case.

“You get a better evidence collection. You know, the patient gets taken care of better, better interview techniques,” Sandkuhl said.

Sandkuhl said victims sometimes drive themselves to their exams, in some places for hours and even past the nearest hospital to find a nurse who has the right training.

“DNA only lasts so long and the longer you wait, the easier it is to degrade,” she said.

The 5 On Your Side I-Team found parts of Missouri completely without a hospital that staffs a SANE nurse. In 52 counties across the state, victims won’t find a SANE nurse if they go to the emergency department. That includes counties near St. Louis, like Crawford, Gasconade, Ste. Genevieve and Warren.

Missouri Senator Jill Schupp (D-24), who represents areas of western and north St. Louis County, is challenging the state to address the shortage of SANE nurses for the sake of victims.

“Not only does it not help them psychologically, but all of the evidence that may be used to put this perpetrator away is then lost,” she said.

She added that hospitals can find it difficult to afford a nurse who has the training they need.

“There is a reimbursement rate of $1,000 for a hospital that performs this examination. But even $1,000 doesn't necessarily cover the personnel costs for an exam that takes several hours to do.”

The solution she introduced in the Senate in January would rely on telehealth services to cover the areas of Missouri that can’t have a SANE nurse at the ready.

“There should be a center that any hospital can call into every day, every single day, 24/7, no matter what time an attack occurs,” she said. “That somebody can dial into and the SANE nurses are there to walk the hospital personnel, the nurse or the doctor providing the exam through the program to make sure this evidence is collected appropriately.”

Illinois recently passed legislation that requires hospitals to train nurses to treat sexual assault patients. Those hospitals will need to have a nurse ready to collect a kit within 90 minutes of a victim’s arrival.

Sandkuhl believes the solution might need to start in nursing school.

“Maybe we need to look at, do we want to include this in our nursing school curriculum?” she said. “Intimate partner violence or sexual assault — they don't have a program on that.”

The kits that catch rapists

The DNA that Hirth’s nurse collected from her body helped catch her rapists. It matched profiles from another rape case.

The I-Team wanted to know how many hospitals across Missouri have SANE nurses and, most importantly, which areas have no nurses available with that training. We called every hospital in the state of Missouri with an emergency department to ask.

5 On Your Side compiled the map below using the data we gathered about SANE nurses in Missouri.

There are services in Missouri that help victims of sexual assault with resources that help them get through the physical and emotional trauma, as well as through the legal system.