Moms of color say they’re terrified of dying in childbirth, so who is listening?

"I thought I was going to pass away, I felt like I lost the baby, now they're trying to kill me," says Karena. 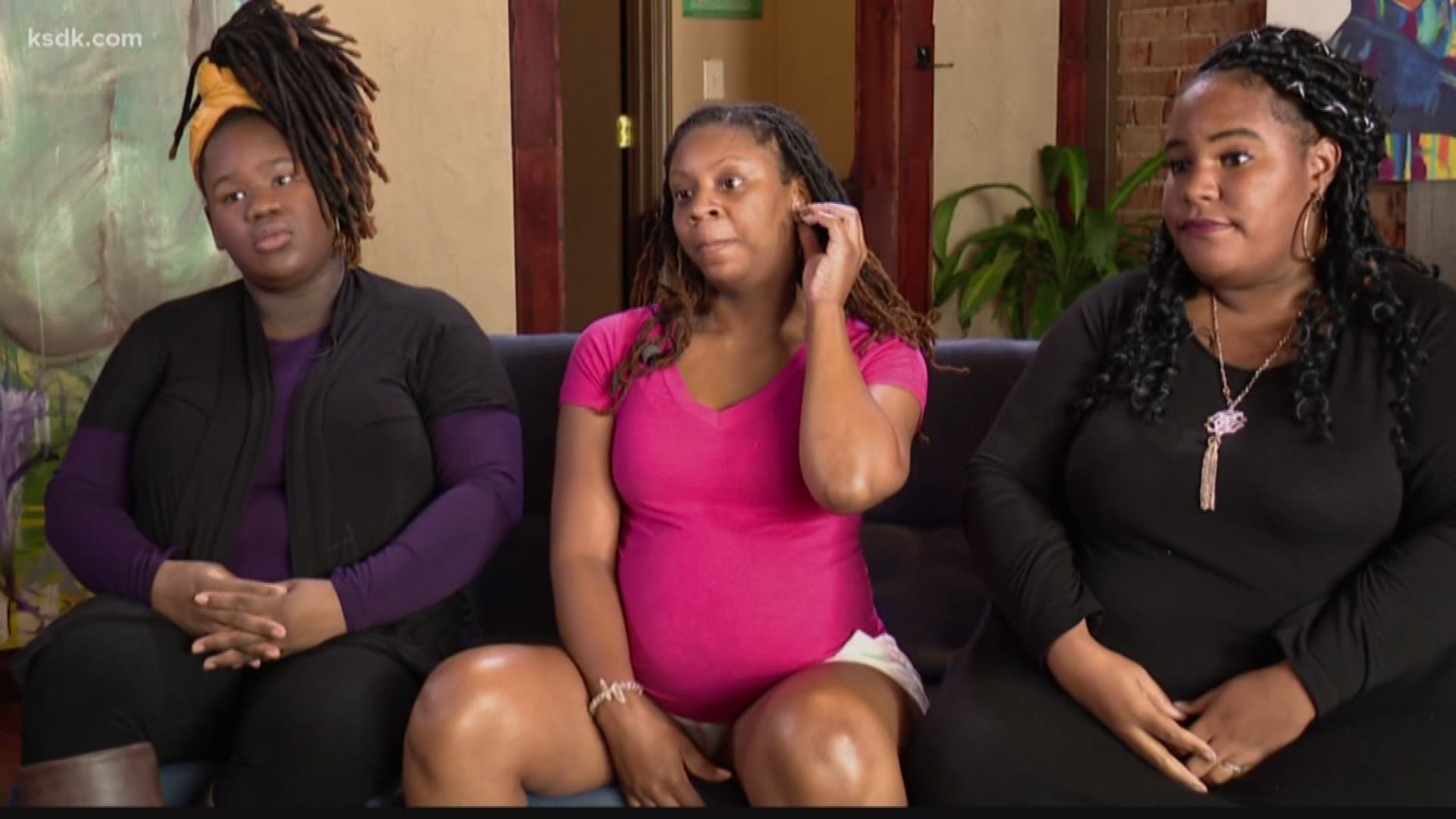 ST. LOUIS — "It was like being alive in hell,” says mom Karena Hampton. “That's the only way to explain."

That’s how she remembers the day she lost her baby boy half-way through her pregnancy. Karena knows the pain of four lost pregnancies.

"I thought I was going to pass away. I felt like I lost the baby, now they're trying to kill me,” says Karena.

It's an all-out health crisis that the most vulnerable women say nobody is talking about.

Our country has one of the highest rates of moms dying in childbirth in the developed world.

And many moms of color are terrified because they know their chance of dying is even higher.

I sat down with a group of moms to hear their fears and solutions.

Following those miscarriages, Karena gave birth to Lilieae two months ago. Because Lilieae was born following the intense grief that came with Karena’s loss, she’s called a Rainbow Baby. And Karena says Lileae helps her carry on the love for the child she lost.

Karena joined Shavanna Spratt with her Rainbow Baby Devaeh, and April Thomas who will deliver her first in October, for an emotional conversation. They schooled me when I asked about whether they worry about whether they might die in childbirth.

"Black women are four times [more] likely to die in a hospital during childbirth, and infant mortality as well,” says April. “It's even like, swept under the rug.”

"Even in my visits with my OB, I felt like he wasn't listening," says Shavanna. She was on blood thinners for blood clots through two pregnancies.

“And I wouldn't say it's even poor black women. Look at the situation with Serena Williams,” says Shavanna. “It doesn't matter your income, it doesn't. They’re just not listening to African American women. We're not important."

Superstar Serena Williams is the No. 1 female tennis player in the world. Earlier this year, she revealed she almost died after giving birth to her daughter Olympia.

If even the most gifted and financially secure among them can almost die in childbirth, these moms said, they feel like they don't stand a chance.

"It really is terrifying," says Karena.

The scary truth is for every mom who dies in pregnancy, more than 100 other moms suffer serious health problems in childbirth. That's what makes Jamaa Birth Village, in a quiet storefront in Ferguson, so important.

"I was one of those women, I had morbidity, you know, which is like really close calls," says Tru Kellman, founder of Jamaa Birth Village.

Tru Kellman's own traumatic birth experiences inspired her to open Jamaa in 2016. It's a center devoted to helping women find midwives, doulas and other skilled experts assisting women in childbirth.

Major organizations including the American College of OB/GYNs say that doulas are 'one of the most effective tools' to improve pregnancy and delivery. Since it opened in 2016, Jamaa Birth Village has worked with more than 250 families to lower infant and maternal mortality.

An important part of the mission: home visits like one with new mom Takeya and her daughter Treasure. Tru believes the shocking numbers of childbirth deaths don't have anything to do with education, zip code or income, but bias.

"When we look at the reasons why Black women and babies are dying it’s from preventative issues: hemorrhaging, infection, over-intervention,” says Tru Kellman.

When Tru becomes a certified professional midwife next spring, she will be the first midwife of color in the state of Missouri. She believes places like Jamaa can help reverse a rising trend.

"Midwives are a part of the solution, but we need more midwives of color,” says Tru.

Shavanna thinks Jamaa will save lives.

Their message to the traditional medical community: Really listen to the wants and needs of all pregnant patients.

Their message to other moms? Make sure you know your birthing options.

"I feel like it helps to heal us all,” says April Thomas, “because we're all tearing up sharing different stories for different walks of background but yet we all suffer with fear and anxiety and miscarriage and loss."