Neighbors: McMansion next door is a nightmare

With the new home going up right next door, Diane Polacek said her driveway turns into a lake any time it rains. 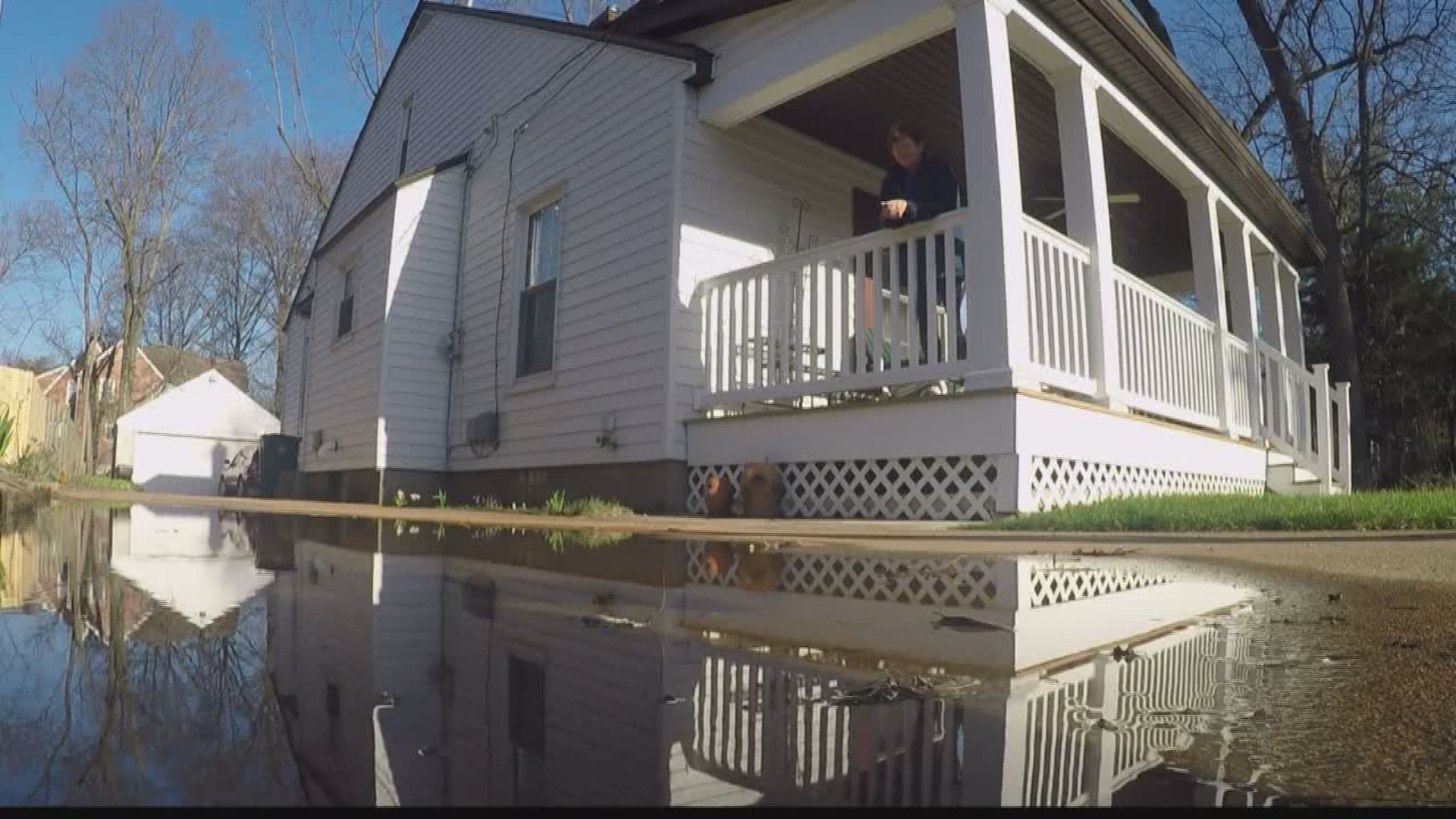 KIRKWOOD, Mo. – A local neighborhood is in an uproar over what some call "an invasion."

They are talking about a string of new, large "McMansions" being built in their community.

Residents said not only are smaller historic homes getting wiped out in the process, but the large houses are causing problems for some of their next-door neighbors.

The streets of this Kirkwood neighborhood are pretty, the neighbors are nice.

"It's awfully tall. Seems like it's out of place," said Polacek.

The one next door to her on Cleveland Avenue was erected last year and is nearly twice the size of the original home. It's a four-bedroom home on the market for more than $800,000.

She said it's created a real problem for her. The new home's rain runoff has turned her driveway into a lake.

"No one can pull in the driveway and get out. It gets very deep in a few spots," said Polacek.

So why is this happening?

The I-Team found the previous home was further away from her property. Also, in between was not just grass, but shrubbery and another driveway.

So Polacek went to the city of Kirkwood.

"They said the engineer had signed off and everything was up to code. They said there was nothing they could do," said Polacek.

So the I-Team decided to pay a visit to the city engineer. He declined an on-camera interview, but the city's public information office issued us this statement:

"...The new house on this site sits closer to the neighbor’s driveway, which may explain the confusion. Yes, the new home was built per permit specifications. The City requires the contractor to have the top of the foundation surveyed prior to beginning framing. The floor system is then verified to determine that the finished floor height is as allowed.

As I mentioned on Friday, the new home is in compliance with the City’s Zoning Code."

Ultimately, it leaves Polacek a little wet, really angry but also at a loss.

"I'm not sure what to do at this point," said Polacek.

The I-Team reached out to the developer of that new home, Prestige Homes. An employee told us they had followed all the Kirkwood city building guidelines.

The company has built several other large homes in Kirkwood, on the site of smaller homes.