"Why is this water literally just flowing down this hill like this? Is there not any type of drainage? I don't understand," said one homeowner. 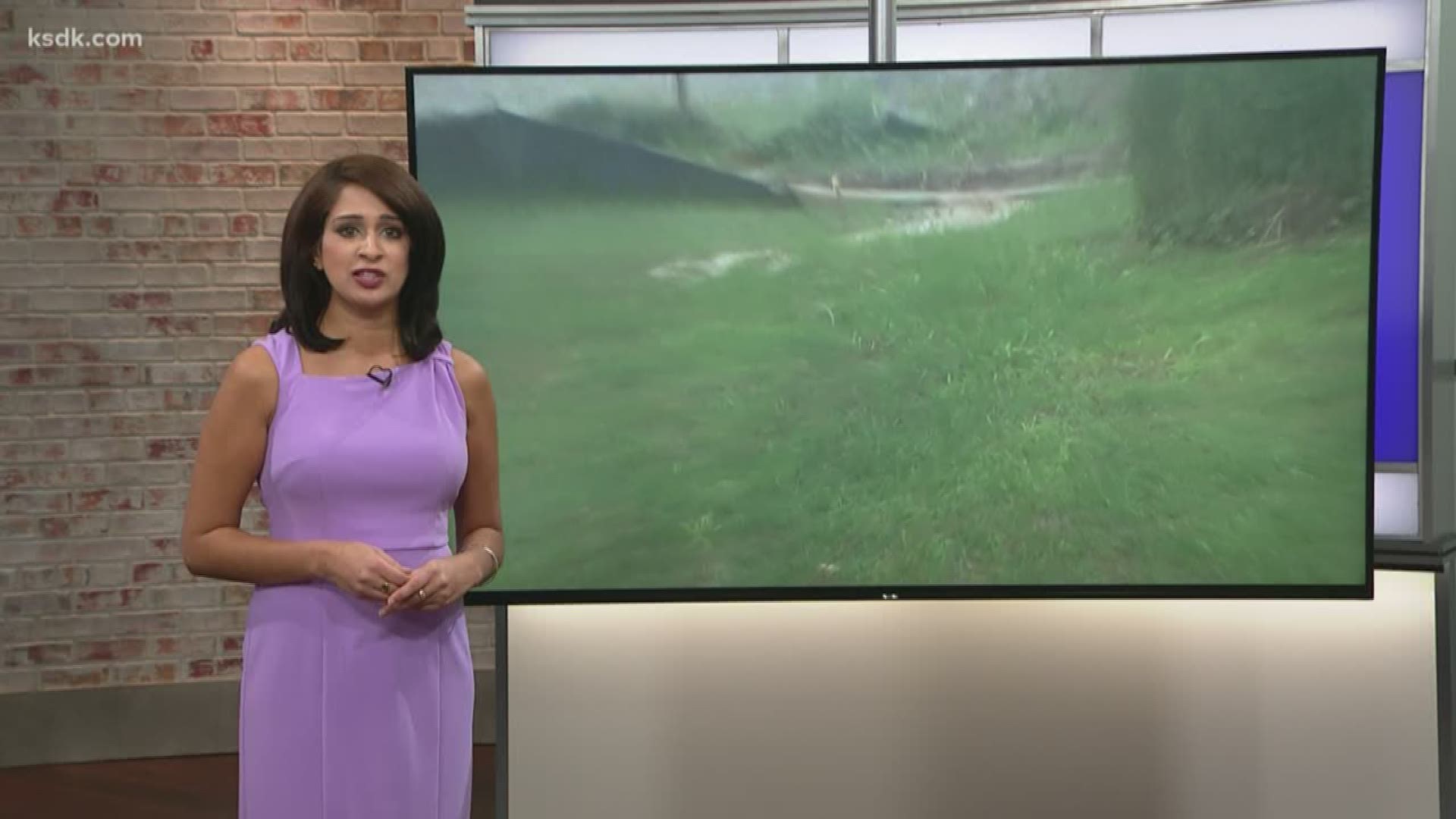 CORRECTION: In a September 9 broadcast and web article, we inadvertently mischaracterized the nature of the deficiencies found in special inspector reports filed with the St. Louis County Public works Department concerning the Vista Conn housing development. According to Public Works, the deficiencies were routine maintenance issues. None of the deficiencies found in the Special Inspector report is a violation or area of non-compliance, and the developer, Benton Builders, was never cited by the County for any violations. Benton Builders is in full compliance with County ordinances, according to the Public Works Department. We regret the error.

ST. LOUIS COUNTY, Mo. — Rain in one south county neighborhood means waterfalls. Water gushing from a behind a new subdivision is eroding soil, plants and even mailboxes, according to homeowners in the Windmere Estates area near Telegraph and Windsor Hill Rd.

"I couldn't believe the amount of water that was coming down the hill and just washing away all the soil," said Deborah Johnson, a Telford road homeowner since 2003.

During rain events this spring and summer, Johnson says her home became surrounded by water, kind of like a moat.

It's a problem that makes their backyards almost completely unusable due to the standing water and thriving insect population. Walking through the yard days after the last rainfall, the ground was still wet and soggy. Johnson said she can't even let her grandkids to play there anymore.

"Why is this water literally just flowing down this hill like this? is there not any type of drainage, you know what I mean? I don't understand," said Johnson.

After seeing several videos of water gushing downhill into Johnson and Engel's backyard, the I-Team wanted to know too.

Back in 2014, Benton Builders bought land above Johnson's and Engel's home to start a subdivision called 'Vista Conn'.

Johnson said her home is one of about 24 that sits below the new development, on a slope. According to Johnson, the 'Vista Conn' homes were built raised up because, in part, they didn't have basements. She and her neighbors believe that height difference, combined with the removal of all trees behind the construction area, has made the water runoff issue even worse.

Since 2014, the St. Louis County Public Works Department noted maintenance issues regarding stormwater runoff in 76 inspections at Vista Conn. However, David G. Wrone, a spokesperson for St. Louis County Public Works, wrote in an email that the issues were “simply routine maintenance issues identified by the special inspector and which he/she then brings to the attention of the developer for correction. This is very common, for all developments.” Wrone added that “[n]one of the deficiencies found in the Special Inspector reports are violations or areas of non-compliance.”

The homeowners say the company isn't taking their concerns seriously.

"There's no way they can't see what you're doing here. No way. They just don't care," said Johnson.

Engel says a representative from Benton Builders came by her home to talk about the water issues. But his response was disappointing.

"He basically told me this was a home maintenance [issue]," said Engel.

"We just wish the builder would do the correct thing, get this taken care of, meet with the people in an honest, decent way without being belligerent to them and get this problem solved,” said Burns, who represents District 93.

"We all want our little piece of the American pie, you know, and you look at it and you don't even know what to say," said Johnson.

The St. Louis County public works dept tells us Benton Builders are currently in full compliance with the county's ordinances.

Benton Builders declined to give us an interview, but they sent us this statement:

"We are committed to partnering with residents and local officials to find solutions to address the impact of these record-setting weather events we’re experiencing in the area.

Our team members have met with neighbors and walked their yards to assess their situations and listen to their concerns.

Our sites are regularly inspected by St. Louis County and 3rd party inspectors – all of whom have confirmed that we are not the cause of these issues. Recently, during a routine site inspection with a county inspector to confirm we were in compliance, we proactively inquired about any additional above-and-beyond solutions to mitigate the impact on local residents. The inspector suggested we add more silt fence, which we promptly installed. These ongoing efforts also include additional berms and swales to direct more storm water into our system and away from neighboring properties.

It is important to note that Vista Conn has received 38.6 inches of rainfall this year. That is 10.4” above the ten-year historical average. Many homeowners install retaining walls, patios, or landscaping that can block swales or otherwise impact the drainage areas on their properties. Excessive rain events may bring to light existing drainage issues that were not previously known." -Amy Ruwe, VP of Sales, Design & Marketing 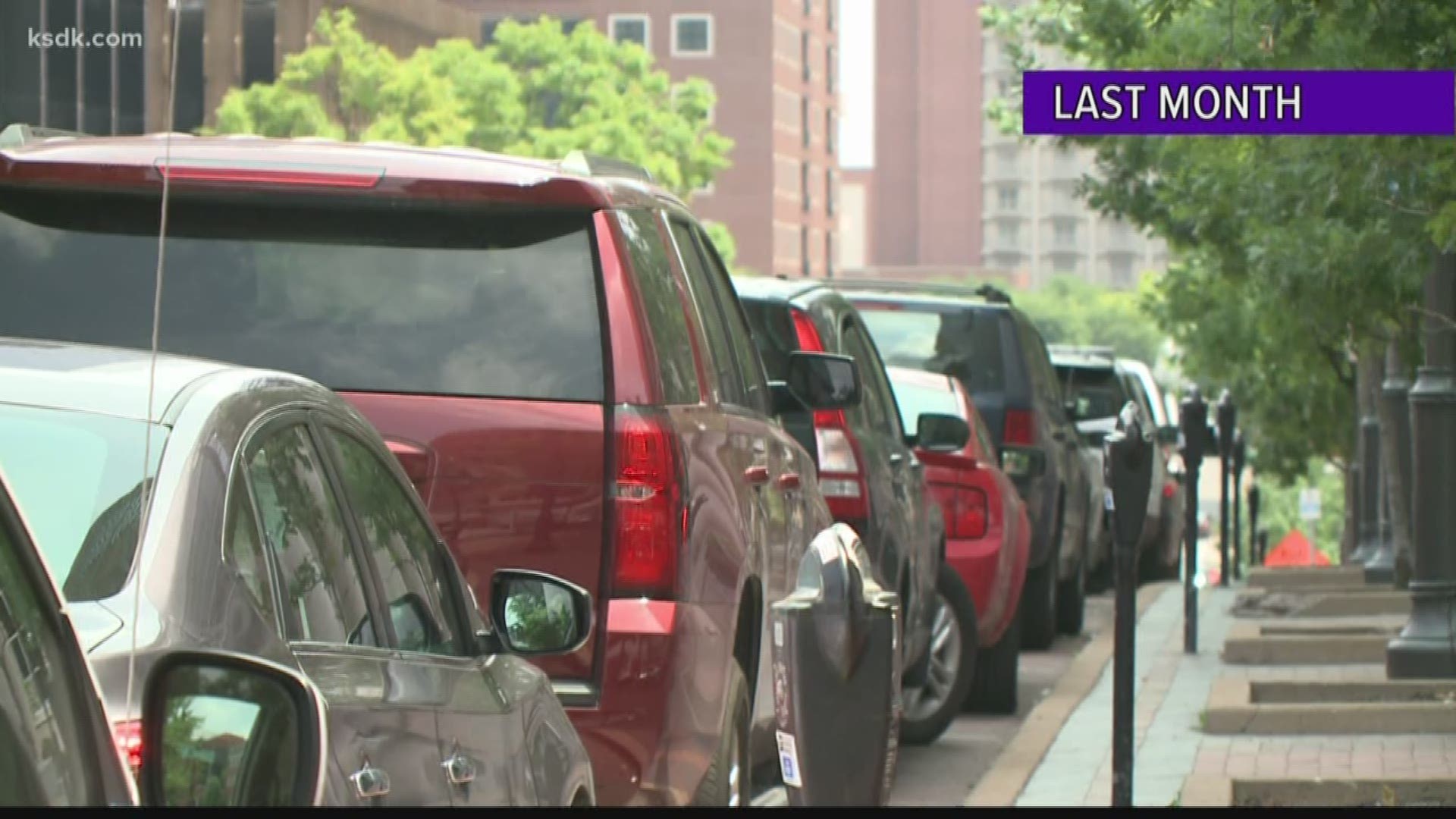 RELATED: Alton National Cemetery not accessible for veterans with disabilities

RELATED: St. Louis would own new downtown soccer stadium under most recent proposal