One charge dropped against Pam Hupp in murder of Betsy Faria 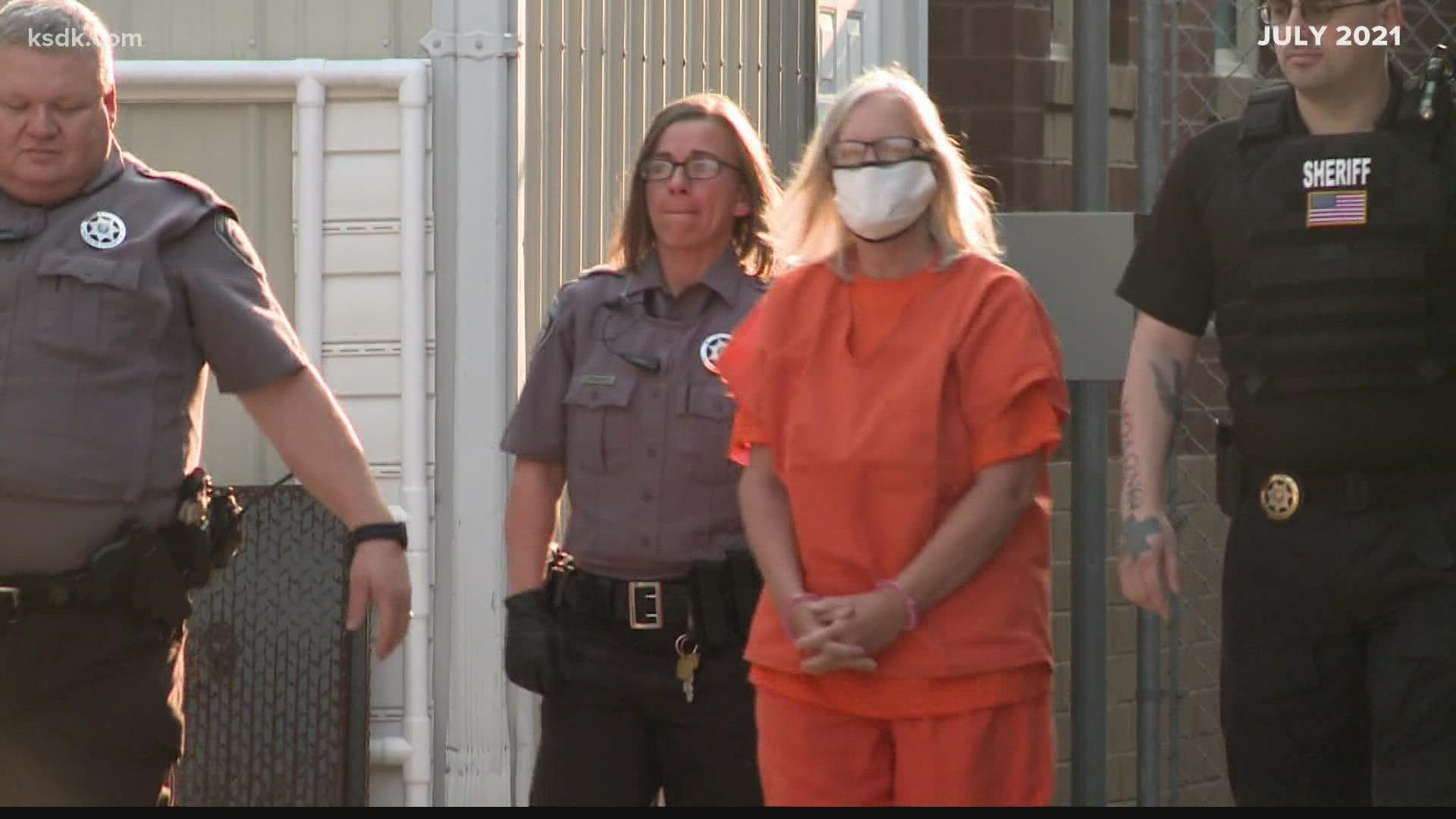 LINCOLN COUNTY, Mo. — Prosecutors have agreed to drop one of the charges against Pam Hupp in the murder of Betsy Faria.

Hupp’s public defenders filed a motion to dismiss the armed criminal action charge against Hupp in July, and prosecutors agreed to dismiss the charge Wednesday on the basis of a statute of limitations issue.

Note: The video above is from July when Hupp made her first court appearance on charges related to Betsy Faria's death.

Hupp was charged in connection with the 2011 murder of Betsy Faria. Besty's husband, Russ Faria, was convicted of her death in 2013, then acquitted in a retrial two years later.

New charges were filed against Hupp in early July.

Lincoln County Prosecutor Mike Wood said his office originally believed the statute of limitations on the armed criminal action charge – which carries a mandatory jail sentence – would not apply because it was tied to a murder charge.

In a statement, Wood wrote, “It won’t affect our case moving forward, so we’ll not challenge that case law.”

Russ Faria told the I-Team he was "a little disappointed" in the development.

"I wanted her to face the same charges as I did 10 years ago," he said. "But at least she's facing the murder one charge and I think they're just still being very diligent to go after the death penalty.

"And I think she's still going to be punished for the crimes that she's committed."

Russ Faria said he was puzzled by why prosecutors pursued the armed criminal action charge in the first place if the statute of limitations could be a problem.

"They should have probably known that," he said. "Maybe they just threw all the charges they could at her to see that she could be punished to the full extent of the law."

"A statute of limitations defense is what’s called an affirmative defense, so it doesn’t apply until the other side asserts it, so our charge was good, we put it forward because we intended to prosecute Pam Hupp to the fullest extent of the law," he said. "And if we have any viable charge, until the other side makes their defense, that’s what we’re going to do."

Harms said he believes there is an argument to be made that the clock on the statute of limitations shouldn't start ticking in cases in which the defendant purposefully misdirects an investigation.

"The 55 stab wounds are mostly post-mortem, she made it to look like a domestic to get the investigation away from her and wrongdoing like that causes the investigation to go on until somebody could figure out she was one that did it," he said. "There's so much evidence in this case, the Gumpenger murder and there are other things we are looking into, the suspicious death of her mother, it just wasn’t worth trying to make new case law in this case."

Hupp could still receive the death penalty if convicted.

The case has made international headlines due to the nature of the crime and the bizarre details of the investigation. There is a movie in the works and a series of Dateline episodes have followed the case.

Hupp is already serving a life sentence for the 2016 murder of Louis Gumpenberger. She entered an Alford plea in the case in 2019.

Hupp shot and killed Gumpenberger during a staged home invasion and attempted robbery inside her O'Fallon, Missouri, home, claiming she was acting in self-defense. Prosecutors called it a desperate attempt to try and take attention away from her involvement in Faria's case.

Hupp came under suspicion in Faria's death after Besty put a life insurance policy in Hupp's name. Hupp said Betsy Faria wanted Hupp to distribute the life insurance proceeds to the victim’s two daughters and to her mother, Janet Meyer, if she died.

Prosecutors say Hupp never gave the money to Betsy Faria’s daughters and later told investigators the money belonged to her.

Hupp’s mother, Shirley Neumann, was found dead in 2013 beneath the balcony of her home in a senior living community near Fenton. In November 2017, the St. Louis County medical examiner changed the manner of Neumann’s death from “accidental” to “undetermined.”

Meanwhile, Russ Faria said he is eager to see Hupp prosecuted for the murder. He won a $2 million settlement from Lincoln County following his exoneration and spends his time working on motorcycles.

"I'm going to be patient and faithful and hopeful that everything turns out the way that it should have 10 years ago," Faria said.