Sources told the I-Team the flooding began in May after a water main break. The water even reached the evidence storage areas, according to St. Louis' Public Works Director. 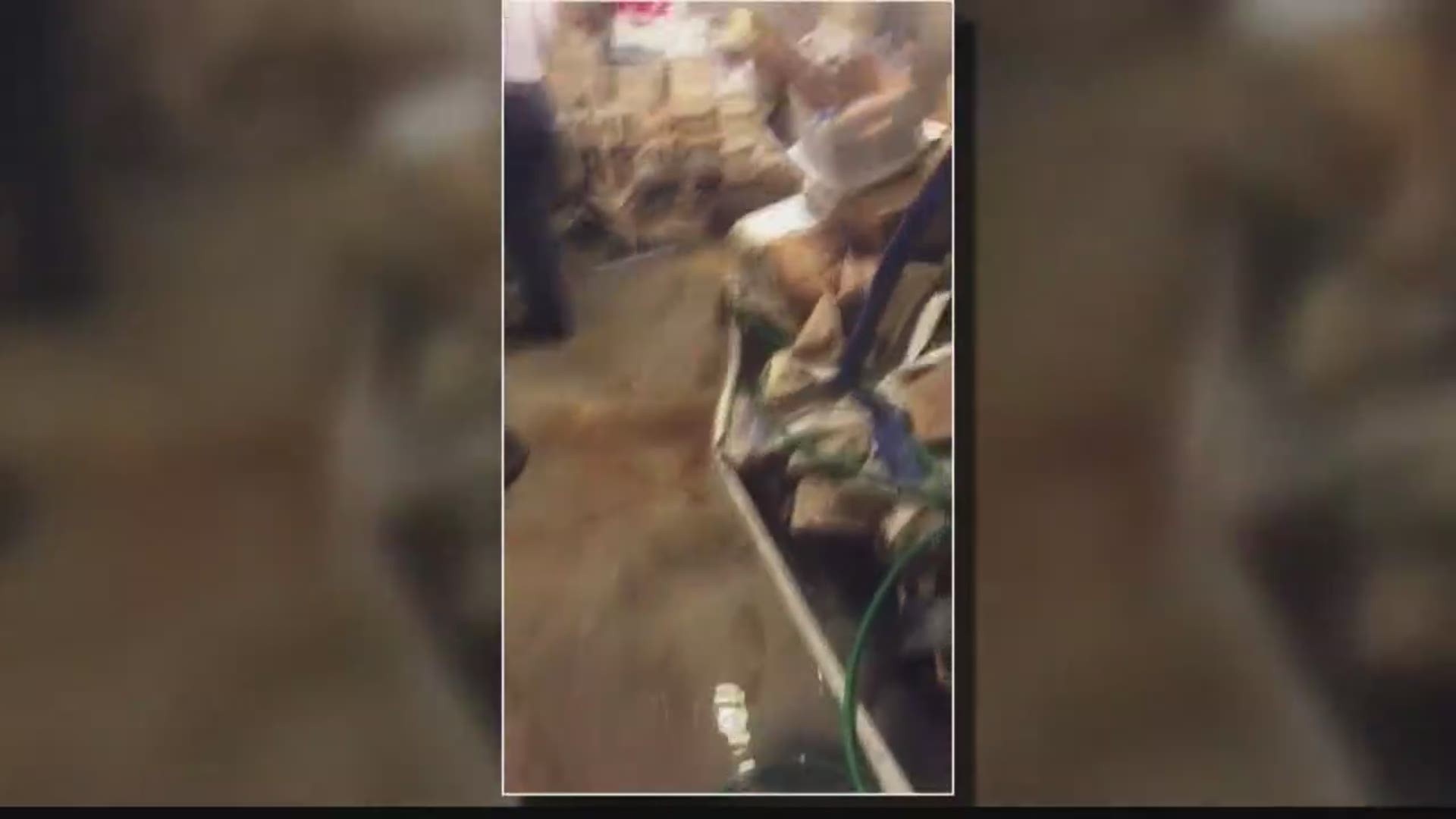 It happened in the old police headquarters building on Clark and Tucker.

Video from inside the old police headquarters sub-basement shows water as high as a foot deep, saturating boxes, files and anything else in its path.

Confidential employee files were water-logged and destroyed. File folders were floating down the hallway.

Sources told the I-Team the flooding began in May after a water main break. The water even reached the evidence storage areas, according to St. Louis' Public Works Director.

"Obviously there's things that got wet. It showed that in the picture. But we do the best we can to dry things out. It's an old building," said Richard Bradley, Director of Public Works for the city of St. Louis.

A spokesperson for the St. Louis Police department initially told us the basement was flooded but no property damage resulted. But their response changed after we showed the police spokesperson a picture of the water damage.

They then told the I-Team: "The items shown in the photo were waiting to be purged and were of no evidentiary value to the police department."

The I-Team was contacted by employees in the building who asked to remain anonymous but said they had to work in unsafe, unsanitary conditions caused by the flooding.

We brought those concerns to Bradley and asked him if the conditions shown in the photos were acceptable working conditions.

"No. That is from the water main that broke. There was water on the floor during that time period but we cleaned it up as quick as we could," said Bradley.

Bradley told us the sub-basement has been flooded on and off for days. He blames it on recent heavy rainfall and equipment failure.

"That came from the heavy rains. It's been up and down. There was a sump pump there. It had been pumping water. And it just recently failed and that's where the water came from," said Bradley.

As for what's in the boxes, Bradley said it's largely old employee personnel files and other unspecified files police left behind when they moved out of the building several years ago.

"[The police department] took along all the things with them to the Olive Street building, other than the property custody area which is in that area you showed [in the pictures]," said Bradley. "The records you showed me... are items that are ready for disposal."

Sources said after the I-Team contacted the city, they began pumping water again Tuesday morning.
Bradley said the building is more than 100 years old and 95 percent vacant, so these issues are not unusual.

There is a measure on the August ballot that would allocate funds to relocate evidence storage to a $1.1 Million facility in south St. Louis.