Policies at the tow lot rejecting her proof of ownership meant one woman will pay nearly $1,000 to drive her car again 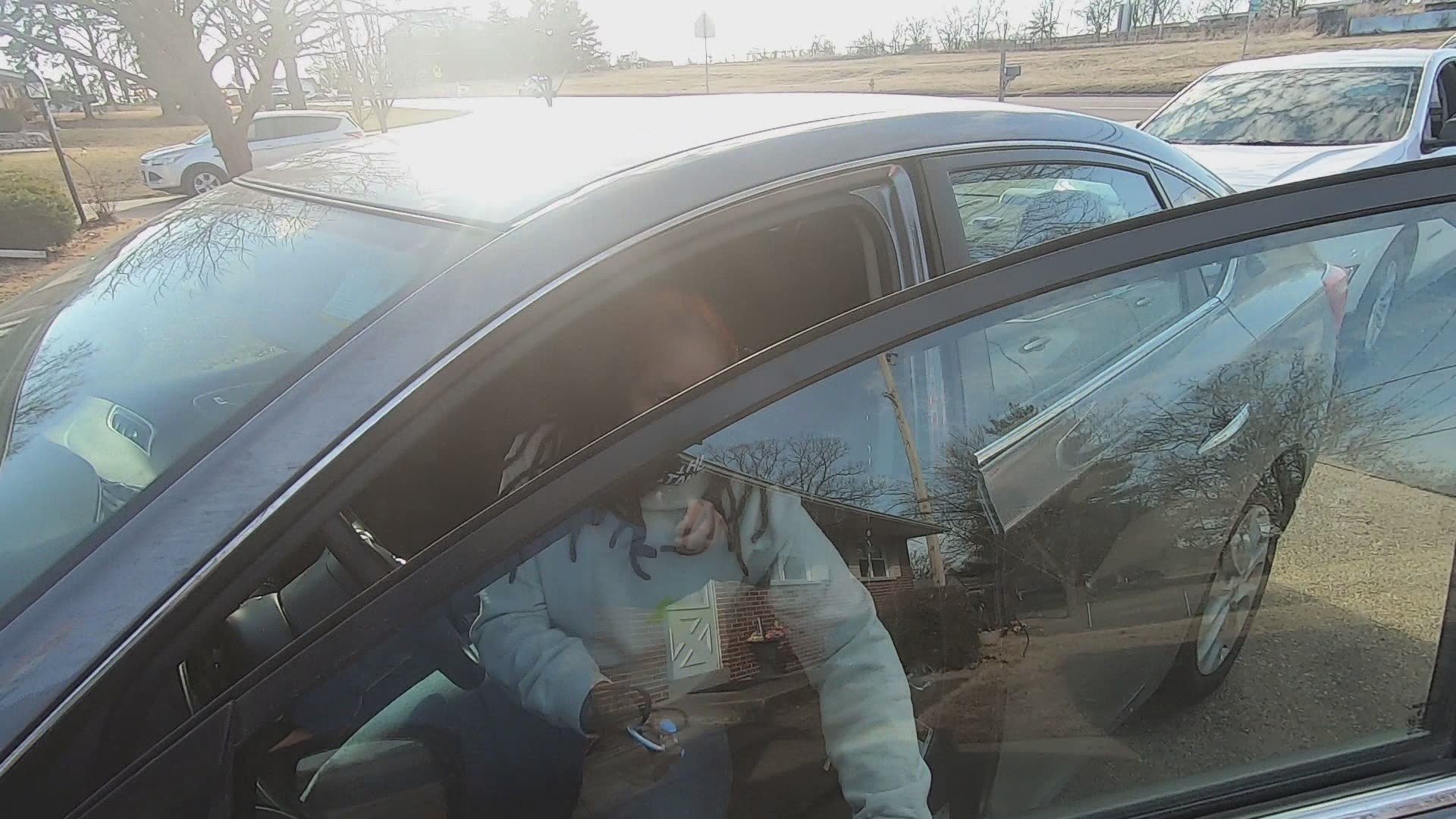 ST. LOUIS — For one single mom in south St. Louis County, having a new car was a dream come true. A thief and some city red tape almost ended that dream with an auction to the highest bidder.

Last month, Jasmine Hollins made a quick stop for some water in her 2019 Chevrolet Malibu. She had the car for just over a month.

"Literally three minutes later, my car was gone," said Hollins. She said the car was locked, so it's unclear how the thieves got in.

A quick-working car thief took the vehicle and Hollins' purse, which contained the paperwork for the car.

"I lost my title and registration. Everything was inside my purse," she said.

Hollins tried to get the car out of the lot within 72 hours in order to follow the city ordinance that would allow her to avoid paying tow and storage fees. What the tow lot employees required her to do to get her car back seemed impossible.

"They said, I need a title and to pay my sales tax, but I couldn't pay anything without the title, which was inside the car when it got stolen," said Hollins.

Pam Heitz with Don Brown Chevrolet, the dealership that sold the car to Hollins, stepped in to provide sales documents to the tow lot to prove that Hollins owned the car.

Hollins learned her new car was slated to be auctioned off by the city. She remembered how at least one city tow employee expressed that they wanted the car for themselves.

"They even showed me my car, and they were like, 'Aww, this is a nice car, doesn't look like anything wrong with it. If you don't come get it by March 4, they're going to auction it off and I might get it,'" Hollins said.

St. Louis Alderman Joe Vaccaro sponsored a 2017 ordinance intended to get car theft victims back on the road without paying the price. When Heitz reached out, he wanted to help.

"This one bothers me because, again, we got a young lady, single mom trying to do the right thing, trying to be able to get to work," said Vaccaro.

"(It) isn't like it was towed for parking tags. Let me be clear, this was a stolen car. She was a victim of a crime," he added. "They wouldn't let her insurance company get it out, because they're saying, 'No, we want a title,' even though they know it's impossible."

The city vehicle towing code doesn't require the owner of a car to produce a title. In order to get a car from the tow lot, the steps for the owner of the car are:

Vaccaro took his inquiry to the top.

"I'll mention it was Todd Waelterman, the mayor's chief of operations, saying 'Look, if we do it for her, that we do for everybody,'" he recalled.

After weeks of navigating the red tape, Hollins' lienholder got the car out. Now, she's on the hook for a $950 storage and tow bill that she has to pay before she can have the car back from the lienholder.

"On top of, I currently have a rental, so I have to eat that cost as well," said Hollins. "I feel like there's ways around it that they could have helped, especially knowing that I didn't have the title. That was the biggest thing."

Waelterman wrote in a statement that the proof of ownership that came from Hollins and the dealership just wasn't proof enough.

"No proof of ownership was provided. A bill of sale can be created each time the vehicle is sold, this vehicle could have passed through several owners hands in the six weeks between Don Brown and the vehicle being towed. State title work shows ownership."

When the I-Team's PJ Randhawa asked why Hollins' lienholder still had to pay to get the car, Waeltermann wrote:

"Consistent to our storage policy, these fees were charged because the car was in our possession for 23 days and there are fees for that."

"City Tow absolutely tries to work with victims of theft and be flexible within reason. Every situation is going to be different. But without a title present, we need proof of ownership. Perhaps if the lienholder was contacted and provided proof of ownership sooner than 23 days after the fact then we would've been able to release the vehicle."

If you've had issues with the St. Louis City Tow Lot, reach out to PJ Randhawa directly at PRandhawa@ksdk.com.