By the state attorney general’s count, more than 1,400 customers paid for furniture from Rough Country Rustic Furniture, LLC, and never got what they ordered 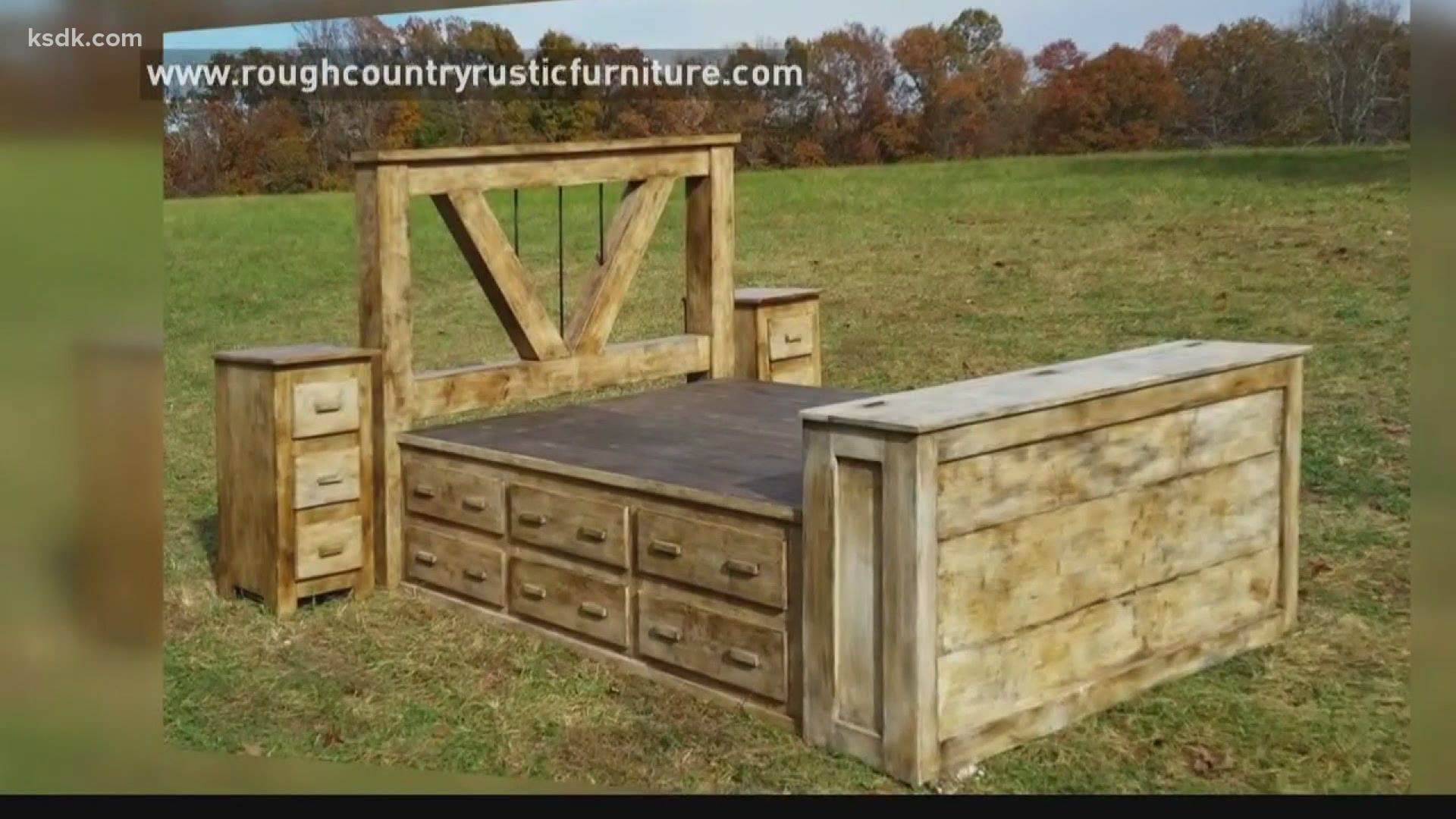 ST. LOUIS — On Friday morning Missouri attorney general Eric Schmitt announced that the court entered a consent judgment between his office and the defendants in a lawsuit that began in 2018.

The order means the end of a multi-year battle between customers and the Mountain Grove companies owned by John and Ashley Ross, Rough Country Rustic Furniture, LLC, and Rustic Concealment Solutions, LLC.

The consent judgement includes more than a $1 million in restitution to be paid by the owners of the businesses.

For years, the I-Team has been reporting on complaints from Rough Country Rustic Furniture customers left without the orders they paid for.

“We saw this company and they were local and a veteran-owned business, and that’s what drew us in,” said Haley Webery.

Webery is one of more than 1,400 customers that placed orders with the company and never received anything.

“When it started to close in on six months that they had promised our product would be here, they no longer responded,” said Webery.

As complaints about unfulfilled orders added up on the Better Business Bureau website, the I-Team found the company opened a similar business with a new name around the same time, selling the same products and failing to deliver those as well.

The company owners filed for bankruptcy after the Missouri attorney general’s office filed suit in 2018. Schmitt said in a statement that the consent judgement allows his office to pursue the Rosses for payment even after the bankruptcy is discharged.

The settlement document says that around 1,422 customers placed orders but never received products, adding up to losses of $1,195,621.34.

As a requirement of the settlement, if the company owners Joseph and Ashley Ross ever do business in Missouri again, they will not take money for orders up front unless the completed item is in their inventory, and they will not advertise products for sale without a promise that the product will be shipped within ten days of the order. If they fail to ship a product within ten days of the order, the settlement agreement says they will offer a refund.

In December 2017, Joseph Ross posted a video tour of the company’s factory on Facebook and addressed the complaints from unhappy customers.

"The buck does stop with me," said Ross. "I am the owner and I am ultimately responsible for construction and the problems we've had with previous contractors and previous employees but it is my fault and I take responsibility.”

In a written statement from Rough Country Rustic Furniture in 2018, the company stated: “Unfortunately, we have a pending lawsuit against our former contractor and his employees that inhibits us from disclosing certain aspects of our recent business downfalls. I can tell you that we have had certain employees that have intentionally sabotaged our business which has greatly impacted our production. We have every intention of fulling every order received, but it has taken and will continue to take some time for us to recover.”