After months of delays and non-answers, USPS told them they waited too long to file an insurance claim 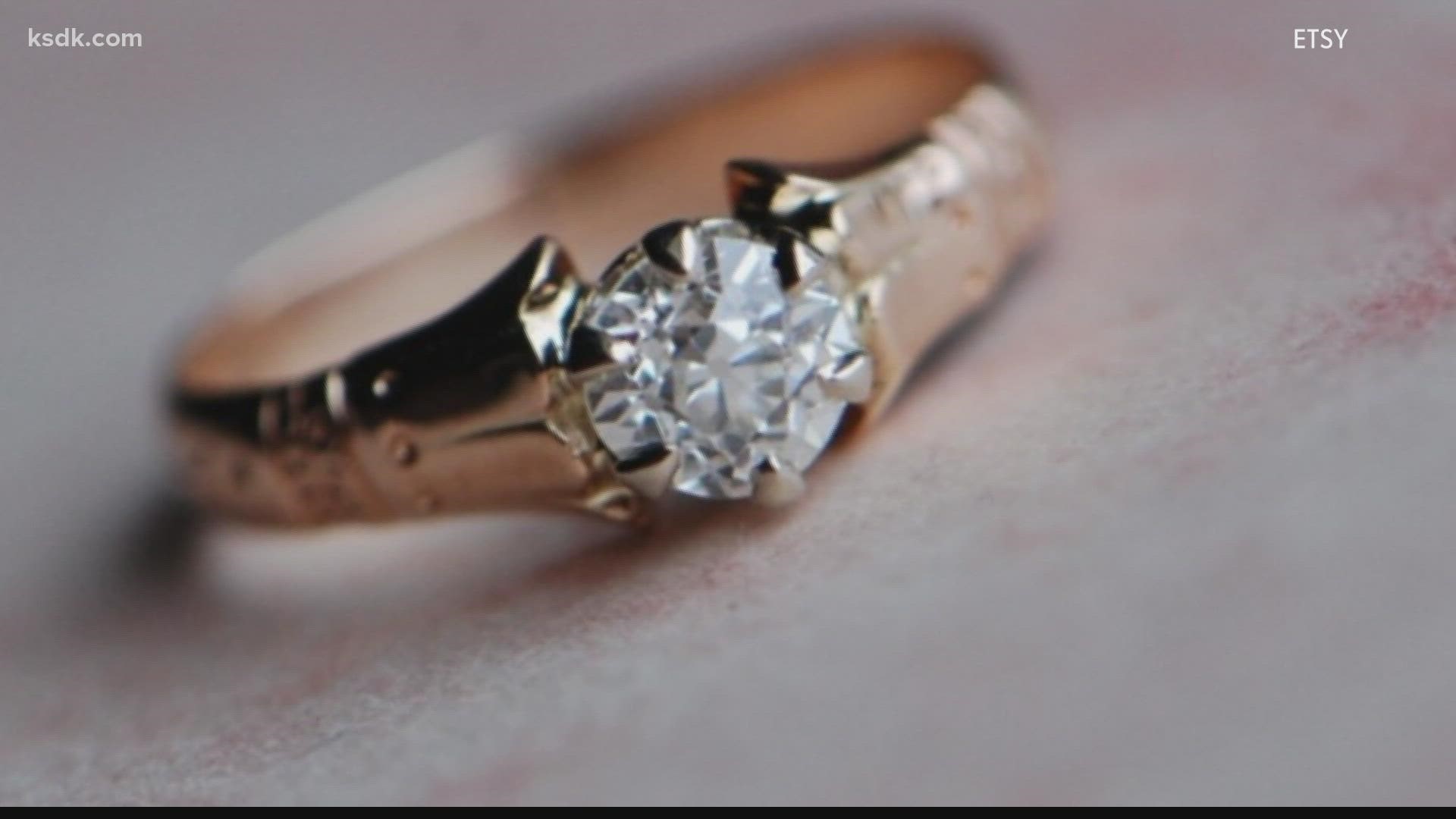 A ring flown from a jewelry store in Minnesota, it would be an extra special touch when Holden Bihl decided to propose to his then-girlfriend, Katie Houghton.

“It was the exact size Katie needed,” he said.

She thought so, too, and said yes. As they set their wedding date they decided to send the ring to a jeweler they knew in New Jersey to create a set for both of them that would match. They sent it by priority mail via the U.S. Postal Service, just as Bihl had received it when he ordered the ring.

But the ring never arrived in New Jersey.

“The only tracking notice we got was that it was going to be late,” he said. “Four days late.”

Four days turned into almost three months. At first, the couple tried to be patient. They thought pandemic-related delays were still a constant in postal services nationwide. What they didn't expect was that their options for getting reimbursed for the missing ring would run out before they got any answers.

Repeated phone calls and emails led to nothing. They still don’t know where the ring is. Their wedding is now three months away, scheduled for New Year’s Eve.

That insurance claim was their last hope – and after three months his fiancée decided to file one. Then she was told after all that time, it was too late. She could only file a claim in the first two months after it went missing.

“No one’s been helpful at all other than just telling us, ‘Try this paper claim.’ That was the only alternative,” she said.

A spokesman for the U.S. Postal Service declined an interview with the I-Team, sending a statement which read in part, “We’re in the process of working closely with the customer to ensure a claim is being filed properly.”

The statement went on to read:

We strongly encourage customers to submit missing mail search requests in order to facilitate the potential delivery or return. The missing mail search request application can be found on our website at https://www.usps.com/help/missing-mail.htm. Customers can also visit www.usps.com and click on “Contact Us” or “Help”. If we are still unable to match the shipment to a recipient, the items are handled in a variety of ways per regulatory policies and shipper instructions.

Last year, processing times were slowed during the pandemic. Questions to USPS about whether insurance windows could be extended due to slower service were not returned.

In 2019, an Inspector General’s report found 67 million claims were filed for lost items.

“Maybe I was naïve that I thought someone would acknowledge some mistake had been made,” Katie said.

She and her fiancé still plan to say “I do” on New Year’s Eve, despite this setback.

“I hope the ring is found, that would be my ideal outcome but I’m losing hope,” she said.