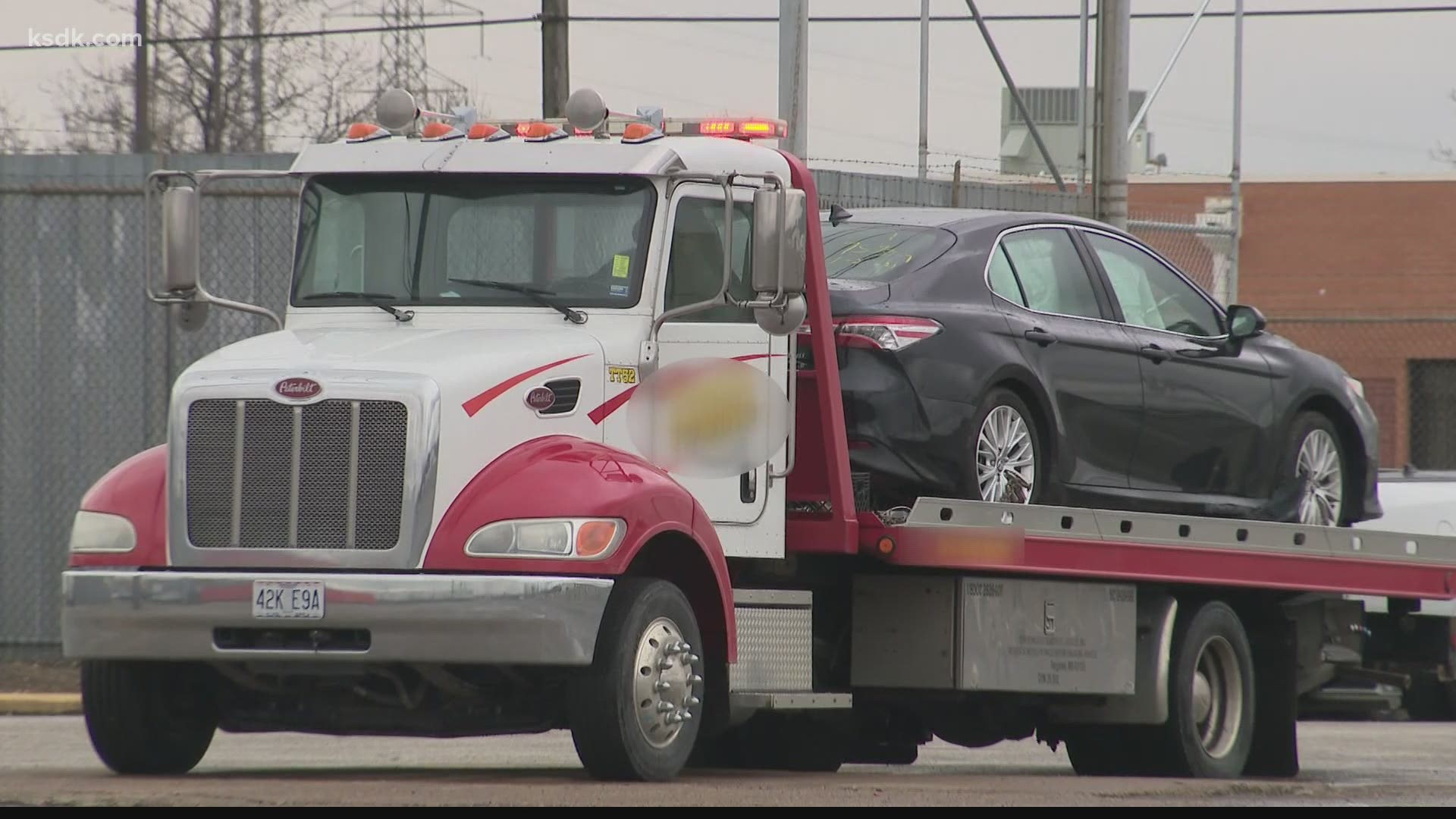 ST. LOUIS — Most trips to the St. Louis municipal tow lot are happening on what is already a bad day.

Residents whose cars were stolen, who parked in the wrong place, or who left a car for too long all end up in the office to deal with forms, fines and regulations.

They should at least feel assured that their cars will be there for them for 30 days, and that their property is kept in as good condition as possible until they can get them. But current and former city employees told 5 On Your Side’s PJ Randhawa that hasn’t been the reality for a while.

“At first I thought it was just bad filing, but there's a lot of files, a lot of files. But it was clear to me that something was obviously wrong,” said James Mundy. In December 2019, he joined the city as the commissioner of the towing division.

It's an issue St. Louis police have been investigating since 2019. Data from that year showed thousands of dollars in tow lot fees were waived for cars that left the lot without being crushed or auctioned. More recent tow reports show cars sold at auction with no buyer information added to the city’s records.

Mundy is just one of several employees who have reported suspicious activity at the tow lot to the city, elected officials and the I-Team.

“There's too many vehicles and too many files that were missing just to be a mistake,” said Mundy. “I believe the citizens of St. Louis are the ones who are definitely being scammed.”

Guidance from the state of Missouri says that once a vehicle has been towed by the city, the owner has 30 days to retrieve their car and pay the required fees. If a vehicle goes unclaimed, it can go to public auction, be sold for parts or crushed.

Regardless of where it ends up, the city is supposed to make money off every vehicle stored on the lot. A current tow lot employee who asked the I-Team not to use her name for fear of retaliation says that’s not happening.

“They know how to go in there and change the numbers and the name,” she said. She worked with the I-Team to dissect more than a hundred pages of tow lot records obtained through a Sunshine Law request.

The data show that, over an 11-month period in 2019, 155 cars were marked as redeemed, but with no money paid before they left the lot. Some of the cars had racked up thousands of dollars in storage fees after sitting at the tow lot for months.

The city tow lot has a policy that car theft victims have 72 hours to get their cars back for free from the city tow lot. From January to November 2019, nearly $78,000 in fines were waived or left unpaid for cars redeemed more than 72 hours after they were towed.

“There's no situation where you would just give a car for no dollars. I mean, it makes no sense,” said Mundy. “Even in a totaled vehicle, they have the parts that are valuable and available, so, yeah, no vehicles going out there for free.”

Tow lot records from 2020 also show gaps in the city’s recordkeeping for cars that were auctioned. The buyer on some reports is blank or shows an obviously fake address like “9999 Unknown, St. Louis, MO 9999.”

The tow lot employee who spoke with the I-Team said the city should have recorded who got the car at auction because they are required to have a valid driver’s license or ID.

Various clouds of scandal have passed over the city’s tow lot for years. The most recent inquiry in 2019 showed some cars were leaving the lot, one becoming the property of a tow lot employee, without the city seeing a dime.

Missouri State Senator Karla May (D-4) has received some of the same information from city employees who have concerns, including a relative who used to work at the lot.

“There's a lot of people involved. How many and how high up? I don't know,” she said.

May said she urged Mayor Lyda Krewson’s office to investigate in 2019.

The current commissioner of the streets department, Kent Flake, responded to the allegations in an interview with the I-Team.

“Cars should not be leaving city tow for free,” Flake said. “I could look into that further.”

He added, “All of 2020 we've been audited by both city and state. And in the best of my knowledge, all of the things, they've never found that.”

The I-Team requested copies of the most recent audit reports for the city’s towing division in a Sunshine Law request to the division more than a week ago. They have not yet been provided.

After the 2019 police investigation, Flake said the city tow lot made several changes to ensure that every vehicle on the lot was accounted for. That included the use of a third-party auctioneer since fall 2019 and the installation of additional security cameras.

“We built in several layers of, not necessarily management, but overseeing of positions,” said Flake.

Despite all the high-tech upgrades, there’s one thing the city tow lot still does not have: an employee manual or written policy outlining the standard procedures.

“We do have about 40 signs up on the wall with our rules on them. That's kind of from way back. We've been trying to get an actual work rule manual actually put together, so there would be no question about it,” said Flake.

Police say the investigation that began in 2019 is still considered active and ongoing.

If you have had a questionable experience with the city tow lot, we want to hear from you. Email the I-Team at 5onyourside@ksdk.com or contact PJ Randhawa directly at prandhawa@ksdk.com. You can also leave a message with the I-Team tipline voicemail, at 314-444-5231.

5 On Your Side's Rhyan Henson and Christine Byers contributed to this report.