'What's the point in having any faith in the city' | New homeowners say St. Louis trash truck destroyed garage roof 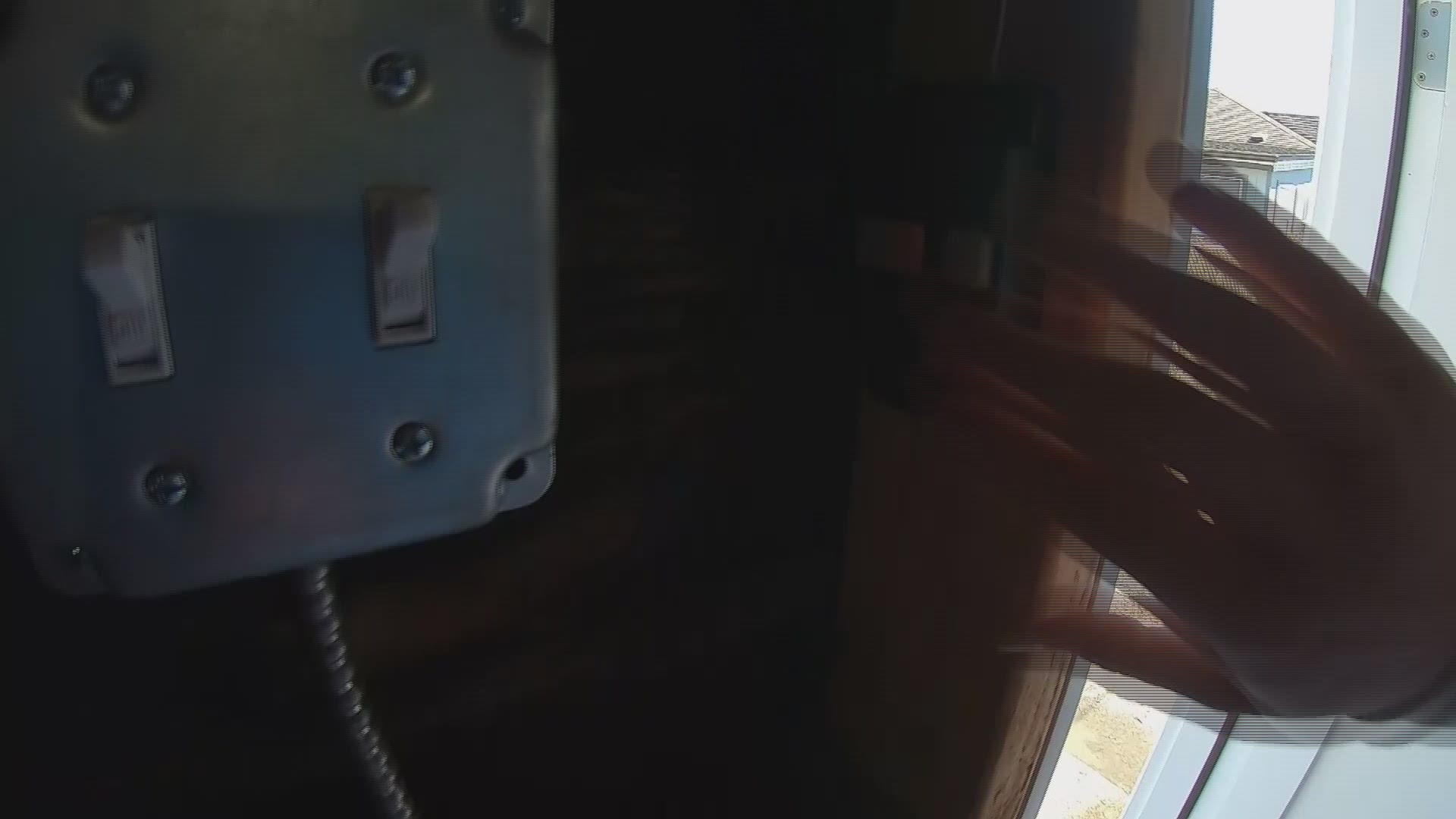 ST. LOUIS — First-time homeowners Sofia Porter and Nikola Pogarcic went through the usual surprises that come with the new responsibility.

"The water heater went out at one point," Porter remembered.

"You find out that the house is draftier than you expected," said Pogarcic.

Just two weeks after moving into their south city home, another unexpected problem announced itself in December with a crash.

"I got a phone call from the neighbor telling me that there's been an accident in the alley and a trash truck had hit the Ameren pole and knocked it down," said Pogarcic. "It fell on our garage and ripped our power lines."

The couple got photos of the truck and light pole during the two hours they say it was stuck in the alley. Ameren utility crews were called to take care of the electrical hazard.

"It split the fascia and the gutter off the side, damaged the roof. And in process, it pulled all these wires down, which literally ripped them from the side of our house," said Pogarcic.

Calls like these triggered an investigation by 5 On Your Side's PJ Randhawa in 2016. Property owners told the I-Team that the city's refuse trucks were damaging garages and alley structures, and in some cases they believed that their claims to have the city pay for the damage were denied unfairly.

Porter and Pogarcic got repair estimates ranging upwards of $8,000. They filed a claim with the city of St. Louis, but it was denied.

"They decided to deny the claim [saying] the pole fell as the truck drove by," said Porter.

In its denial letter, the city said investigators found no visible marks on the utility pole indicating the refuse truck driver struck the pole.

When the I-Team interviewed the city's director of operations, Todd Waelterman, in 2016, he described the possibility of something very similar to what the homeowners say happened.

"You can see where you'll tear down a cable wire, to the point where you can knock a garage over," he told PJ Randhawa.

At the time, Waelterman said the cause of the issue was the city's aging fleet of refuse trucks, which would often put a dumpster down in a different place than where they picked it up. He called it "dumpster creep."

Waelterman claimed that newer refuse trucks would reduce the damage. Those new trucks arrived in 2018.

Yet data from the Citizen Service Bureau shows the number of damage complaints have largely increased since those trucks arrived. In 2017, the Bureau received 320 complaints of damage to private property by the Refuse Division. That number increased to 386 complaints in 2019 and 347 in 2020. So far this year, there have been 53 such complaints filed with the CSB.

When contacted this week, Waelterman wrote, "Just because a service request is entered doesn't mean Refuse is automatically at fault or responsible for reported damage. Sometimes a site visit is required to determine whether the service request has been classified correctly or is even legitimate."

Waelterman shared data that showed the city paid out about 28% of claims that came in to the city counselor's office related to property damage from the Refuse Division in 2019 and 2020.

"Our accident review committee and City Counselor's Office thoroughly investigated this claim from December 2020. The claim was denied because there is no evidence that our truck hit the pole. There are no marks on the pole or truck indicating the pole broke because of our truck. None of the operational arms of the truck are on the side of the alley with wires, which is why the truck could not have pulled down the wires. The pole snapped on the loadied [sic] side of the pole, with a transformer weighted on it."

Ameren, on the other hand, told Porter and Pogarcic that the damage was not their responsibility either.

An Ameren spokesperson wrote, "Our records indicate the pole was last inspected in 2017 and found to be in good working order with no signs of decay. Ameren Missouri crews on the scene in December 2020 reported there was no indication the pole would have just fallen over. Ameren Missouri utility poles are regularly inspected for damage and deterioration."

Porter says they've heard from the contractors that gave them estimates for work that refuse trucks damaging garages is just as big an issue as ever.

"They're saying this happens all the time and it shouldn't be as big of a deal as it is," she said.

The couple is planning on appealing the city's denial, but they noted that they aren't optimistic. "The process is long, which we understand," said Porter. About the prospects of anything other than a denial, she added, "What's the point in having any faith in the city?"

Since 2017, people in the same neighborhood have filed 82 damage complaints with the CSB about the city's Refuse Division.

In 2016, Waelterman described a proposed incentive program to reward refuse truck drivers who were involved in fewer accidents. His statement this week added, "A few years ago, the decision was made to discontinue the incentive program because resources were better utilized elsewhere."

"Yes, we have purchased dozens of new trucks over the past several years. Equipment quality or quantity is not an issue," wrote Waelterman. "We try to place 55 trucks on the street each day for our 55 daily routes.  Our limitation is staffing."

If you have had an issue with a city refuse truck, contact the I-Team's PJ Randhawa at prandhawa@ksdk.com, or leave a message for the I-Team at 314-444-5231.