St. Louis would own new downtown soccer stadium under most recent proposal

Some aldermen have expressed concern there might not be enough money long-term to pay for critical upgrades or demolition, if necessary.

ST. LOUIS — In case you are living under a rock and missed the big story this week, Major League Soccer is expanding, and St. Louis is getting a team.

MLS Commissioner Don Garber made the highly anticipated announcement in front of a standing-room only crowd in St. Louis on Tuesday.

The new team, which becomes the league's first club led by a female majority ownership group, is set to begin play in 2022.

But that of course now means it's time to start building the new stadium we all got a first peek at a few months ago.

You might remember in April several renderings were released of the stadium in Downtown West that's expected to seat between approximately 22,000 and 25,000 fans with a projected price tag of more than $200 million.

The majority of that cost, city leaders have said, will overwhelmingly come from private investment by the ownership group.

But according to Lewis Reed, St. Louis' President of the Board of Aldermen, the city will own the stadium and require some public funding.

"Soccer isn't a team sport that brings in a ton of revenue, so I am sure there will be a shortfall. There will be a component to this," Reed told 5 On Your Side following Tuesday's announcement. 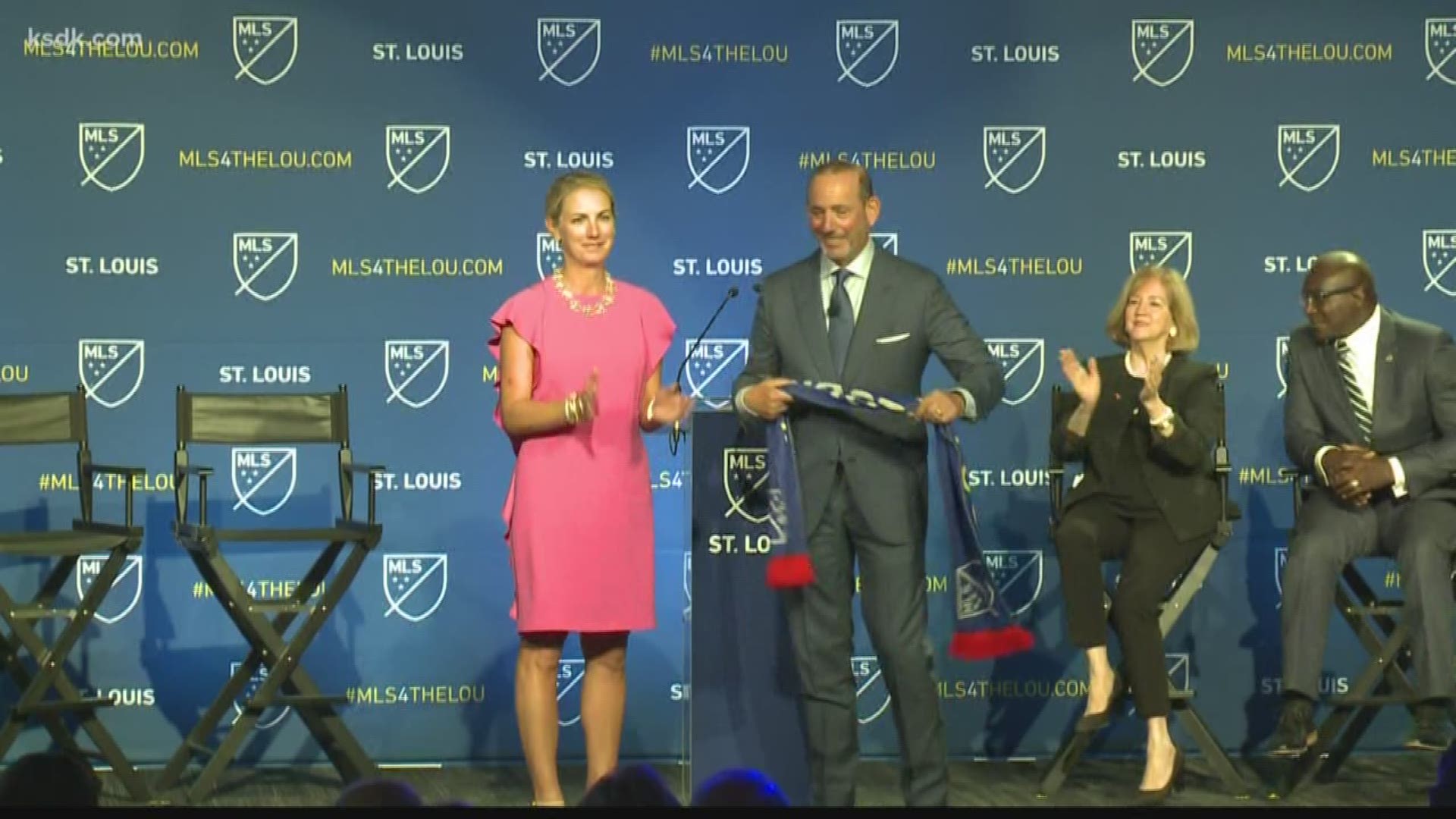 Exactly how much that public component turns out to be remains unclear. Reed emphasized the stadium deal is a work in progress right now.

But the situation will be watched closely by many taxpayers and aldermen, some of whom have been highly critical of the city owning another stadium.

A previous attempt in 2017 to use $60 million in taxpayer resources to help secure an MLS team and build a stadium was defeated by voters.

This time, Reed and Mayor Lyda Krewson contend is a better deal for everyone.

"This is almost 100% private investment. I think in this day and age, the fact that we would have two families who step up and offer millions in private investment is very, very significant," Krewson told 5 On Your Side.

And while some facets of the stadium deal are still being worked out, there are clues about who might end up paying for what.

Under a resolution that was sponsored by Reed and passed by alderman last year, the proposed financing package for the new stadium requires no new tax revenue from the city.

Each district would be governed by a board, and the ownership group would have the right to put one person on each board.

The new taxing districts would also levy a new 1 percent sales tax for infrastructure and construction. However, the only people paying those new taxes are the people who come to the stadium area. 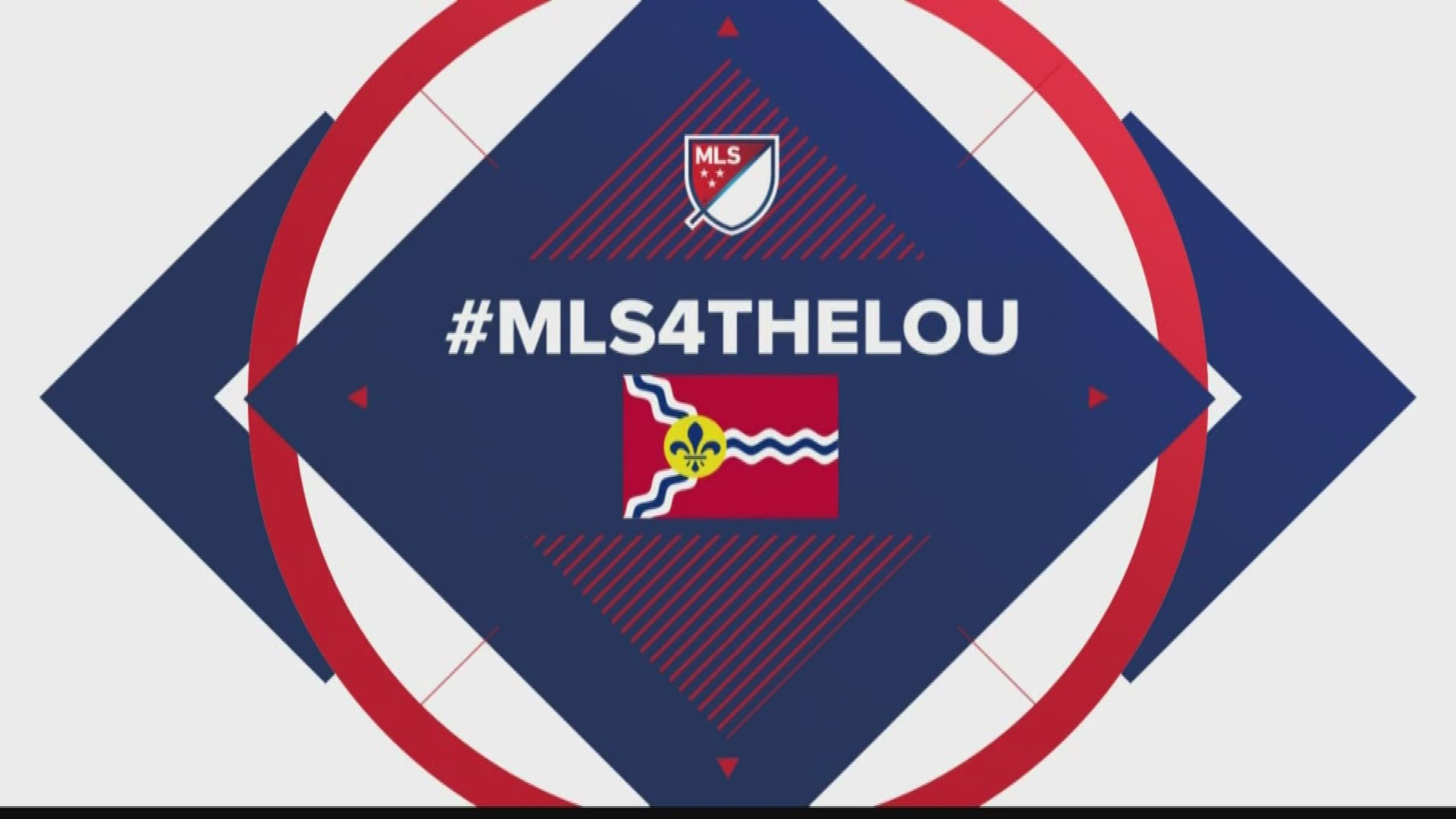 It's anticipated the team will annually bring an estimated 370,000 fans from outside St. Louis into the city with an estimated total fan spending of $8.4 million annually.

The economic activity is also projected to yield $1.3 million to local taxing bodies in the first year of operation. Nearly $1 million of that would go to the city.

"The only taxes will be paid by the people who go to the games," Krewson reiterated.

As for maintaining the stadium, that's something leaders said only fans will be paying for as well.

The ownership group wants to be exempt from half of the city's 1 percent amusement tax with the other half going into a special escrow fund to pay for major improvements or possibly tearing the stadium down.

Some aldermen have told 5 On Your Side privately the city will not have direct control over the escrow fund.

They also expressed concerns about there being enough money over time to fund any major upgrades or improvements needed to keep the stadium viable and competitive.

Reed dismissed those concerns and expressed support for redirecting revenue from the amusement tax. "We have to have a capital improvement plan that grows over time and can cover whatever those improvements are going to be," he said.

But this all relies on solid attendance numbers for MLS games and other events over an extended period of time.

There have been recent headlines about slight declines in overall league attendance nationwide, with the exception of some franchises like Atlanta.

Reed said St. Louis has the potential to be one of those standout teams that defies expectations.

"I know St. Louis has the ability to fill a stadium when it comes to soccer. We've done it every time. Every time there's a soccer match in the city, we sell out every time," he said.

So, for now the ball sits on the city's side of the field with more details expected in the coming weeks about a final stadium deal.

It's projected to result in 175 direct and indirect jobs in the city with hundreds more anticipated for construction.

"We need jobs for people. We need opportunities for young people to learn soccer, to attend soccer games. This is one of those things, a very big thing that can help our city," she said.

Reed added, "The fans come here, they stay in our hotels, they eat in our restaurants and they shop at our stores. All of those things help our city grow."

Under Reed' resolution, the ownership group would also be exempt from all sales tax on materials for the stadium construction, which is expected to save them between four and five million dollars.

More details are expected in September.

For context, 5 On Your Side looked at how a number of other cities with MLS franchises paid for their stadiums and handle the ownership.

For the most part, these deals are public/private partnerships that rely on a mix of taxpayer resources and corporate investments. Here are some examples we could find:

In Portland, a private company manages the city-owned stadium.

In Seattle, a state agency runs the stadium.

In Salt Lake City, the stadium was publicly financed.

In Dallas, the stadium is owned by the city.

In Kansas City, the stadium was publicly financed.

In San Jose, the stadium appears to be a completely private venture.