Crews from the streets department fixed the issue recently, but issues of moisture and old wiring mean it happened before and could happen again 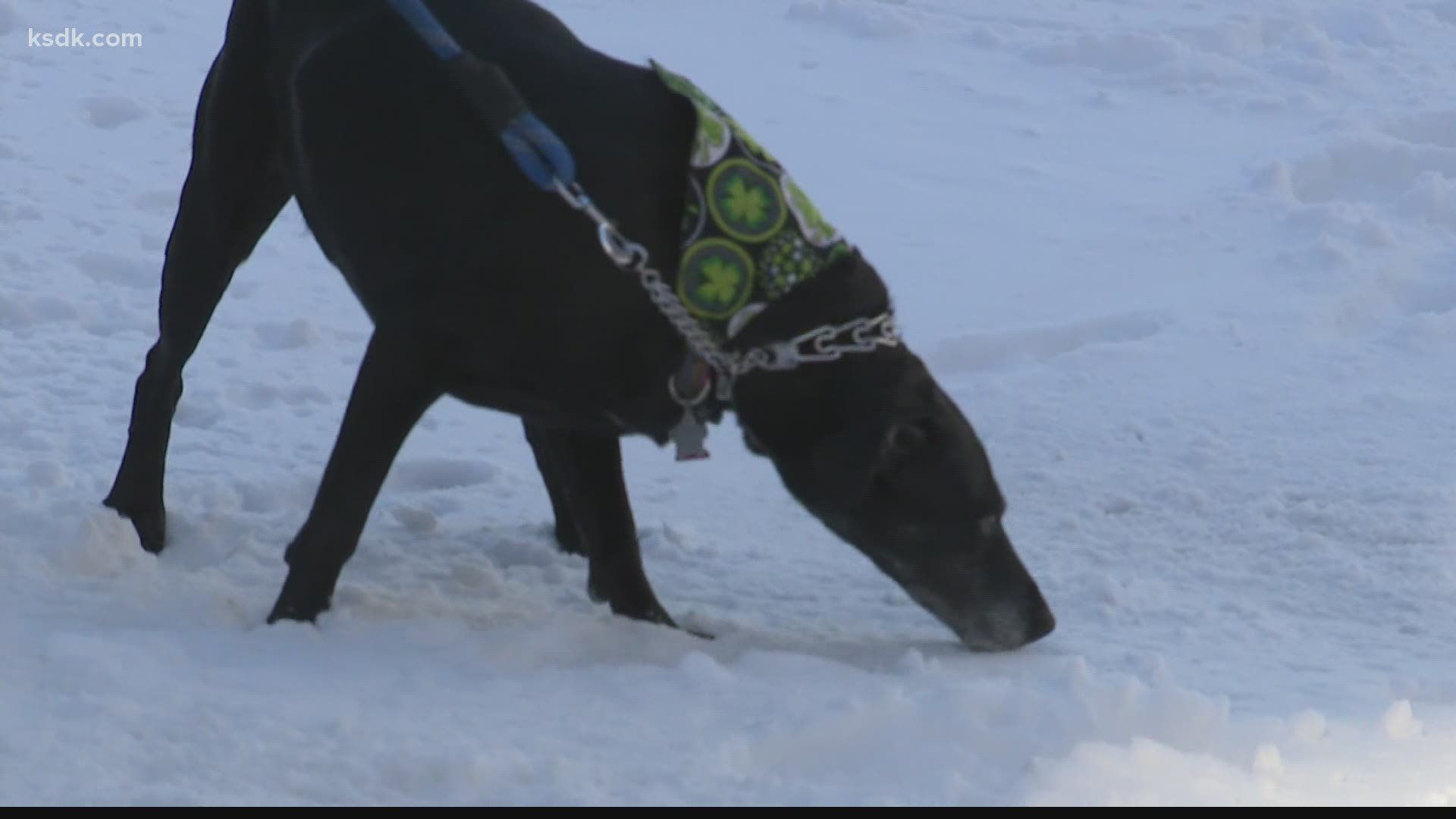 ST. LOUIS — Downtown pet owners learned last week about a hidden danger that only their dogs could feel. Jojo the Labrador Retriever told her owner, Rachel Roman, about it without using words.

"Every time we walk in that corner, she's like, 'Take me the other direction,'" said Roman. "We were walking and she just kind of yelped really loudly."

Like other dogs and their owners, Jojo and Roman understood there was something to avoid at the southeast corner of Washington Avenue and 10th Street, but they couldn't see it.

"She picked up her paw and you could tell, something had bothered her," said Roman.

Residents of a nearby building put up a small handmade sign to warn people about the danger to their pets. They also warned people with posts on the NextDoor app, where other dog owners agreed that their pets had told them something was off.

It sounded familiar to Mike Roberts, who experienced something similar with his dog just down the block two years ago.

"It's just it's hard to see your dog, you know, struggling," he said. "Her legs started, like almost like a seizure, like her rear legs. And, um, she kind of fell down."

This time, it happened on a metal sidewalk grate on 10th Street between Washington Avenue and St. Charles Avenue.

"We went on our walk and on the way back, it happened again at the same place," he remembered.

Roberts reported the issue to Ameren in February 2019, which identified the problem as a stray electric current running through the grate from city-owned equipment. Roberts's dog Gert could feel the current because her paws touched it directly. People will generally not feel the current because they wear shoes that insulate them from the electricity.

For the current that dogs were feeling on the sidewalk last week, residents asked for help from their alderperson, Jack Coatar.

"When you hear about live electricity possibly causing injury to animals or people, that's something that I take very seriously as alderman," Coatar said.

He and a spokesperson for the mayor's office confirmed that an investigation by Ameren and city crews found another stray electrical current in the area, this time conducting electricity at sidewalk level.

"They did figure out that actually there was a streetlight near the southeast corner of 10th and Washington that had a short, that was causing some electrical current with all the moisture and everything to go through the ground," said Coatar.

Residents have not reported any serious injuries to their dogs.

"Jojo seems to be fine. I don't see any lasting issue, but there's definitely something there. Dogs are so intuitive. So they notice everything," said Roman.

Roberts says that since Gert passed away from unrelated causes, he has a new rescue dog that he worries about.

"I'm more concerned about why is it happening again and, you know what, what else is going on under these streets," said Roberts.

When a stray electric current creates a hazard, it may originate from equipment owned by Ameren or owned by the city. A hazard can be reported to either one, which begins the process of identifying who owns the faulty equipment.

A representative of Ameren said residents should call Ameren's emergency line any time they encounter an electrical hazard, even if it is hard to tell where it's coming from or the cause. The number to report hazards to Ameren is 800-552-7583.

The Citizens' Service Bureau takes reports of hazards like stray electric current on the web or over the phone at 314-622-4800.