Student plans to quit school because of death threats

The threats are enough that 15-year-old Megan Voiles doesn't want to come back to St. Louis and she plans on dropping out of school altogether. 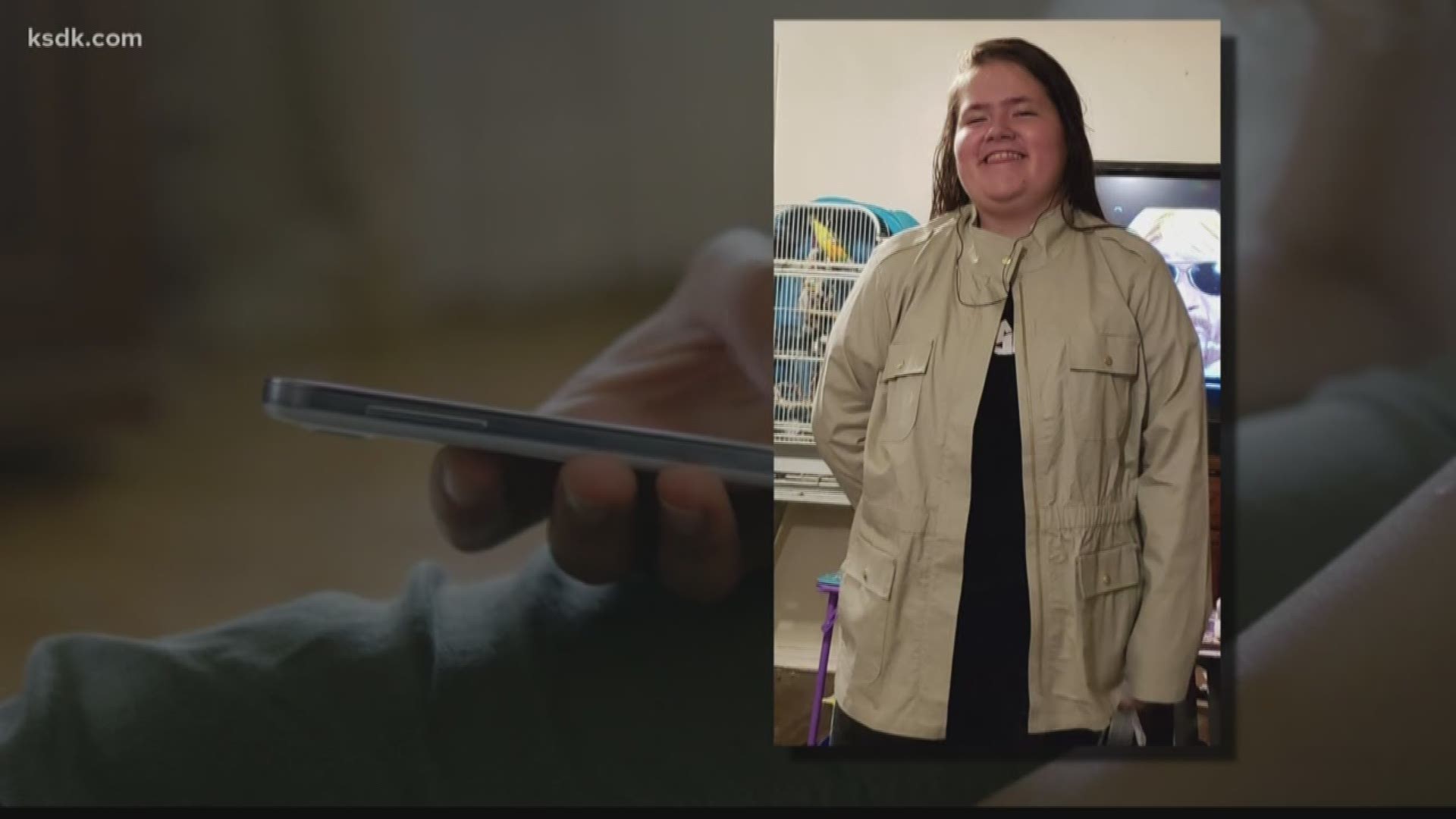 ST. LOUIS — Imagine if your child got this message: "Go to school and you'll leave in an ambulance or body bag."

The parents of a 15-year-old girl say she got that text.

And to make it worse, it came from some of her Roosevelt high classmates. The family claims school officials are ignoring their pleas for help.

A beautiful building may hide an ugly secret: an alleged pattern of bullying and intimidation. Just ask student Megan Voiles who received a threatening voice message last March from a classmate.

"I will be everywhere. I will kill everyone you know. I will beat your head," said the classmate in the recording.

Even worse, Voiles' mother said school leaders and police were slow to act to their complaints.

So we reported on the situation in March.

"The first story you did... that's when the school stepped up and [expelled] him," said Cathy Schmidt, Voiles' mother.

So at the start of this school year, Voiles decided to give Roosevelt another try.

But her mother said it wasn't long before her daughter was once again feeling unsafe.

"A week later, two girls jumped her in the hallway," said Schmidt.

Retaliation, the family believes, for the expulsion of that male student.

Voiles was taken to the hospital for a wrist injury. And the consequences for her attackers?

I-Team: Did anyone get suspended?

Schmidt: No. I found out the girls came back the same day.

Voiles' mother said she had enough, not only pulling her daughter out of the high school but sending her out of state.

It didn't, however, stop the texts and threats.

"They're saying 'If she comes back to school, she'll either leave in an ambulance or body bag,'" said Schmidt.

"Police told us they couldn't do nothing because it was a school matter," said Schmidt.

And she claims, again, the school isn't much better.

"I think it's unfair because we have proof of the death threats, we have proof from the hospital that her wrist was sprained that day," said Schmidt.

It's enough that Voiles doesn't want to come back to St. Louis and she plans on dropping out of school altogether.

"Next time, what's saying someone isn't going to sneak something in the school and seriously kill somebody or shoot somebody. It's sad. They really need to step up," said Schmidt.

A spokesperson for the St Louis public school district says that they thoroughly investigate all allegations of bullying, sometimes with the help of the city police.