A former manager of the apartment complex these families were living in tells Five On Your Side that the landlords knew all about it. And it's a situation that could happen to you. 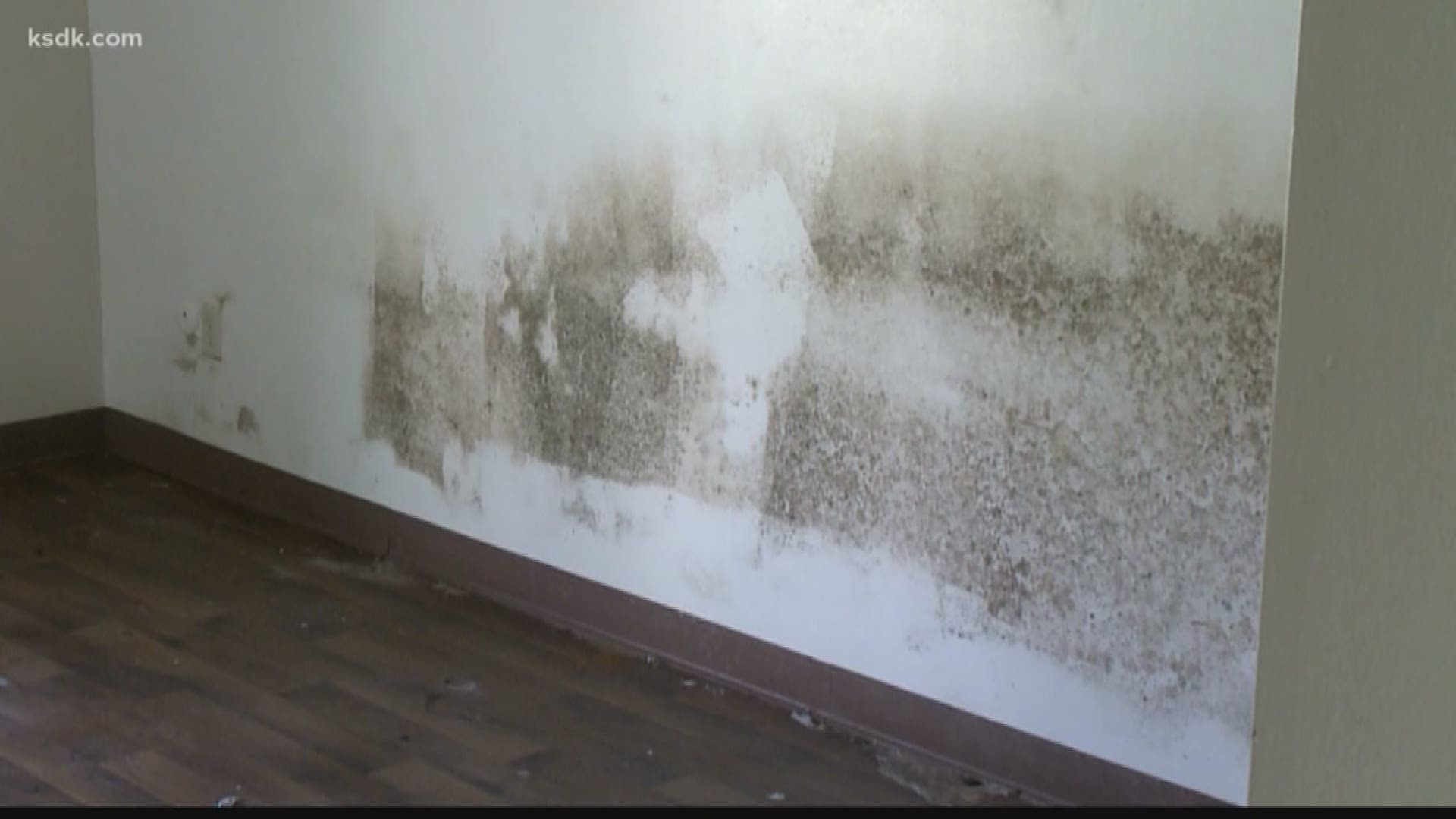 ST. LOUIS — They lived with a dangerous intruder for months. But several north county families didn't know it.

That intruder was mold and it can be a major health risk.

When Five On Your Side visited a Trinity Park Apartment building in august, inside, we had to watch our step on water logged carpets and try to hold our breath because mold had taken hold there.

How did we know?

Because of testing ordered by a former manager of the complex, that back in June found high amounts of mold spores inside the building. But that ex-manager claims the owners of Trinity Park delayed having the mold cleaned. Instead tenants were moved out of the first floor of the building- documented by video we shot.

But on the second floor?

Families like Mildred's continued to live not knowing about the potential health risk. Until we told them.

Five On Your Side: What were you told about mold in this building?

"Nothing. I'm shocked to know it. i had suspicions because of the smell when i go in the washroom," said Mildred- who asked us not to use her last name out of fear of retaliation.

Mildred and her two year old grand children know the impact mold can have on your health. They recently moved out of a different building that was also infected with mold.

"We had the flu symptoms, the cough, cold, the works. It got to the point where they couldn't breath," said Mildred of her twin two year old grand kids.

Five On Your Side: Do you feel like the landlord should've told you?

But it turns out- if you're a renter management doesn't have to tell you if you're living with mold.

That's what the St Louis county health department told us via email.

"Our code does not require property owners to communicate with their tenants, and nor are owners required to evacuate residents when mold is discovered," said David Wrone with the the St. Louis County dept of Public Works.

But it still doesn't make sense to the grandmother living above the mess.

"Let us know something, because we don't want to get sick. Nobody wants to get sick from mold. It's terrible," said Mildred.

The county health department cited the owners of Trinity Park for the mold issue in June.

And management told us the problem was fixed last week. But late Monday afternoon, county health told us that they're now recommending civil charges be filed against Trinity because according to Wrone, their "inspector observed organic growth in several of the complex’s buildings."