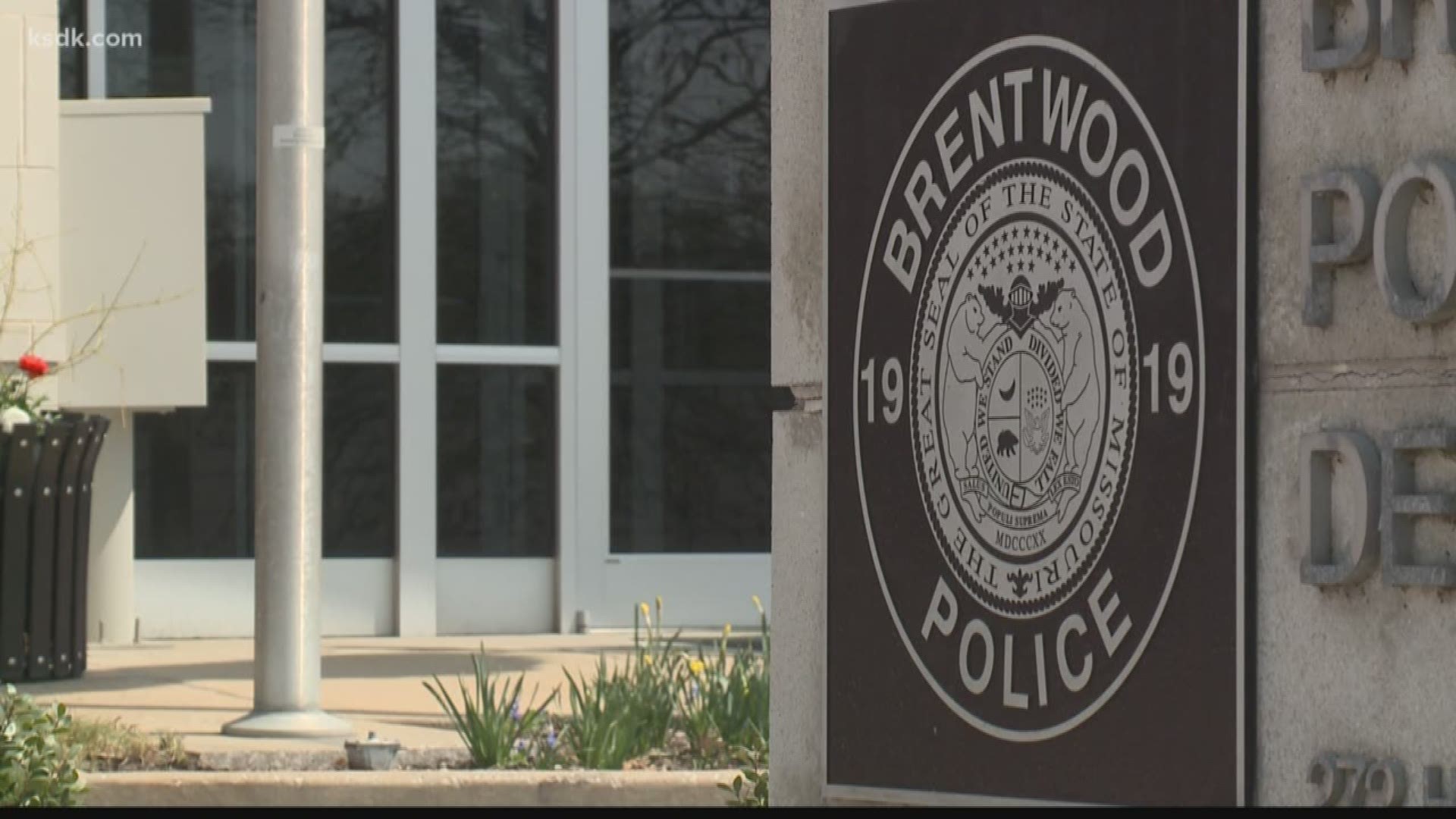 BRENTWOOD, Mo. — When police officers are on duty and in uniform, we expect them to be doing what taxpayers are paying them to do: to protect and serve their communities with honor and dignity.

But in recent months, there have been a few well-publicized examples in the St. Louis area of how that's not always happening. And sometimes, there can be deadly consequences.

In January, St. Louis Police Officer Katlyn Alix, 24, who was off-duty at the time, was shot and killed by fellow Officer Nathaniel Hendren, 29.

Hendren was on-duty and well outside the designated patrol area he and his partner were supposed to be in at the time. In fact, sources previously told 5 On Your Side they asked two other officers to handle a call so they could go meet up with Officer Alix.

In February, Officer Christopher Childers, 34, allegedly tried to stun gun his partner while she was driving their squad car on Washington Ave. downtown.

Childers is now charged with one misdemeanor count of fourth-degree assault.

RELATED: Charges: SLMDP officer tried to use stun gun on partner while she was driving squad car

Now, 5 On Your Side has learned exclusively of another officer who failed to do his job. And this time, the veteran officer with nearly two decades of experience was caught by his own cell phone camera.

According to internal affairs documents obtained by the I-Team, Corporal Dan Retzlaff violated multiple general orders of the Brentwood Police Department, including neglect of duty and other prohibited conduct.

In October, Retzlaff spent several hours while on duty and in uniform making sexually explicit videos with his cell phone.

On one night in particular, Retzlaff, who last year made nearly $100,000, was the supervisor of three other officers on the midnight shift of 6 p.m. to 6 a.m.

Of the more than 60 reported calls that night, Retzlaff handled just eight of them, including a domestic disturbance and a DWI arrest.

He wrote just one report over the 12 hour period, the only report of the entire shift.

In the meantime, as the other officers handled all the other calls, most of which were minor, Retzlaff was busy recording himself discussing extremely graphic issues, including voyeurism, sexual fantasies and pornography.

In all, 5 On Your Side uncovered more than 90 of these sexually provocative videos that Retzlaff created in a single shift. All of them appear with him in uniform and on duty, often talking about places he'd like to have sex in public.

"It's a nice little dark parking lot to hop on the lap of the driver and ride like the Pony Express," he said in one clip.

Retzlaff appears to have shared the footage with a woman he had been on one date with using the Marco Polo video chatting app on his phone. It's unclear if it was his personal or city-owned phone.

In a few videos, Retzlaff is out of his police cruiser and walking around the top of a popular parking garage talking about how he'd like to have sex there.

"Okay, I feel like we are filming a live show here. Gonna get out of the car and show you this one spot that I've thought of for 19 years and never had the chance," he said. "The thing that's kind of cool about it is while you're watching all the normal activity below, you're getting f----- on the top level of the parking garage. I just thought that would be cool."

In another, he said, "I'm on level 10 of the Metro parking garage. This is the one behind Best Buy by that bank at Eager and Hanley," he began. "(There's) another tall wall that you can hike your skirt up. Always thought this would be a cool place to f---."

At no time does anyone else appear in any of his videos, and it doesn't appear as though he is actually carrying out any sexual activity.

Janet Levy, a spokeswoman for Brentwood Police, said the city became aware of the racy footage in January. It's the same month Retzlaff was on administrative leave for another, unrelated matter.

Levy said the footage gave the city reason to believe Retzlaff might have violated several of the police department's general orders.

On February 4, she said in a prepared statement given to 5 On Your Side that Retzlaff came in for an interview. It was his chance, she said, to explain his actions and conduct depicted in the videos.

Immediately upon his arrival, Levy said, Retzlaff submitted written notice of his immediate retirement and left the police department without participating in the interview process.

She added that after careful review of the evidence in the city's possession, they decided not to accept his asserted "retirement."

Brentwood considers Retzlaff's last day of employment as February 6. However, Levy has declined to say if he was fired.

She said the matter is now being handled through an administrative process, but declined to call it arbitration.

The woman who received the videos from Retzlaff through Marco Polo spoke exclusively to 5 On Your Side.

She said the graphic nature of the footage didn't bother her.

"I have no issue talking about sex, so if he wanted to talk about it, I would rather found out if we're compatible," she said.

But she said she did wonder about his conduct on the clock. Now, he appears to be paying for it with his long career.

"I would remind him more often, in the beginning, like, 'Don't you need to be patrolling? Don't you need to go write a DWI or something?'" she said. "He told me no, 'I'm the one in charge.'"

Brentwood Police Chief Joseph Spiess sustained the allegations against Retzlaff, citing city code in a letter 5 On Your Side obtained that described the behavior in question as bringing "dishonor" to the policing profession.

Retzlaff and his attorney had no comment. Levy said the city, including Spiess, had no further comment.

The I-Team surveyed dozens of local police departments to find out which ones can locate their officers or confirm where they went on-duty. Here are the departments that responded.