A teacher with HIV was accused of taking a student out of class and molesting him. He went on to get jobs at several other districts. But police never questioned him. Now, they admit to the I-Team: "We made a huge mistake." 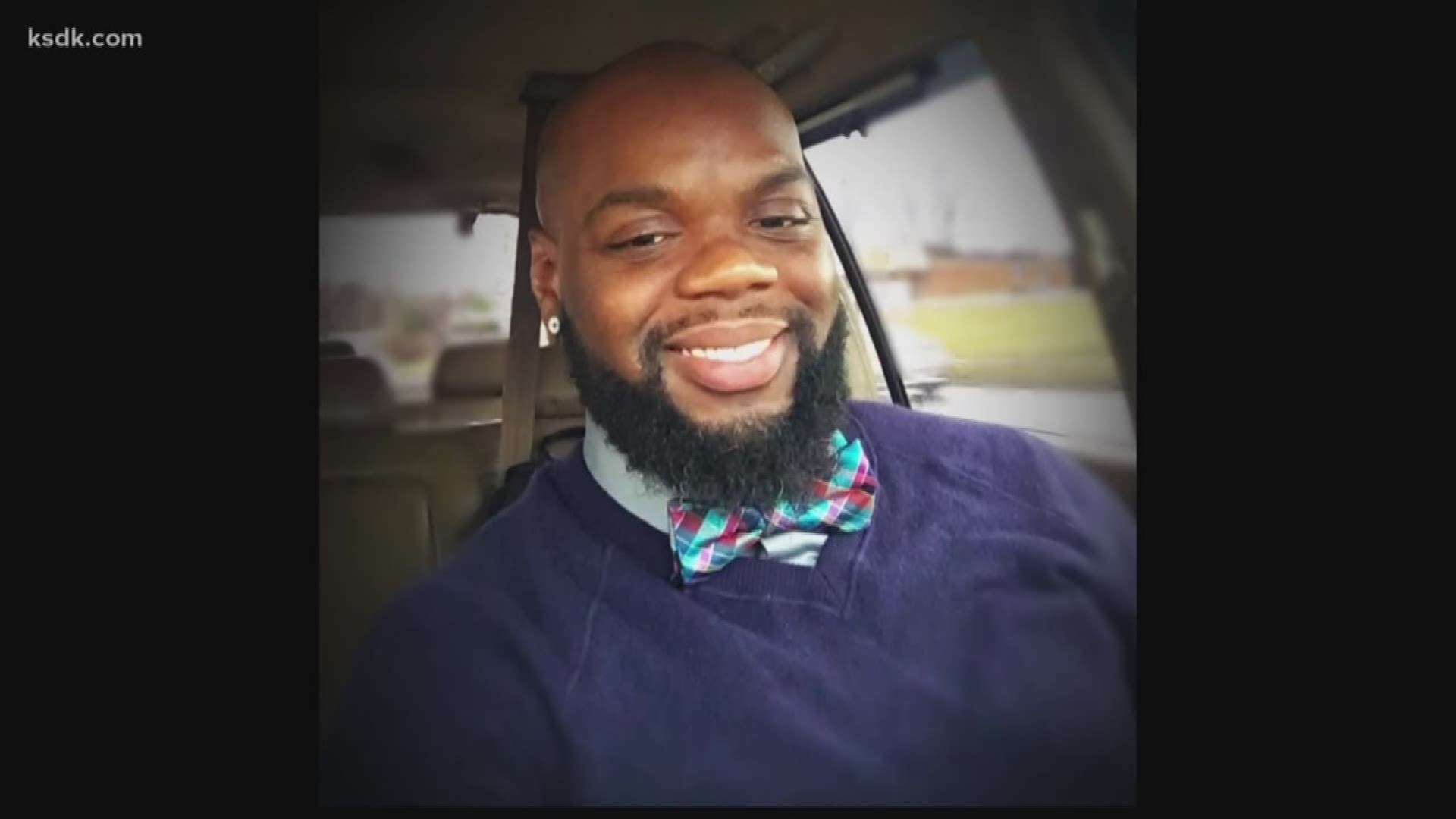 For years he helped teach children, perhaps even your child.

But police claim Deonte Taylor had another purpose for working in schools: sexual gratification.

For months the I-Team has been piecing together how the police, several school districts and the state all dropped the ball in this case and allowed an accused sexual predator to move from school to school without anyone sounding the alarm.

Taylor's history in the St. Louis school system begins in 2015. He was hired as a teacher's aide at Lusher elementary school, in the Hazelwood School District.

According to police reports, Taylor was accused of taking a 7-year-old boy out of music class and into his office to molest him. The child, according to reports, was then taken back to class.

What nobody knew at the time was that Taylor was HIV positive.

Almost immediately, the boy's mother notified police and the child was examined for sexual assault.

A few days later, the Hazelwood School District fired Taylor. But Taylor wasn't fired over the suspected assault. According to Hazelwood, Taylor was fired for "a violation of school board policy".

"We cannot go into detail but Taylor was terminated on November 15, 2015, due to a violation of board policy that was discovered as a part of the district’s investigation into the parent’s allegations. After the allegation was reported, he never returned to the Hazelwood School District," Kimberly McKenzie, Director of Communications and Public Relations for the Hazelwood School District told the I-Team in a statement.

WATCH: Police admit they forgot to investigate teacher for 3 years after he was accused of molesting student

The I-Team also found the district didn't notify any parents about the abuse allegation in 2015. We confronted district leaders about what action they took after the allegation was reported.

I-Team: Don't you think parents in the district would have wanted to know what this teacher was accused of?

"That becomes a legal matter and I will agree that some parents, after they hear things, they will have a desire to know more, curiosity. And it is very hard for parents to understand that we have to live by laws and rules," said Mark Behlmann, President of the board of education for the Hazelwood school district.

"I think it’s absolutely insane that the school district decided not to alert families to what was going on. This is something that should’ve been spoken about," said Antoine White, a father to a child in Lusher Elementary.

DNA evidence confirmed the child was assaulted, But no DNA sample was taken from Taylor, and he was not arrested.

Surprisingly, the I-Team found he wasn't even questioned by Florissant police

I-Team: When this student says 'this teacher did this to me', why wasn't DNA taken from the teacher at that point?

"For some reason, this case basically sat on somebody's desk and wasn't investigated properly," said Lowery.

The Police Chief went on to explain the investigator assigned to the case was reassigned to another department shortly after the first police report was filed. Lowery said, because of that, the case fell by the wayside and wouldn't see the light of day for several years.

Lowery went on to confirm a DNA report confirming unknown male DNA was found the little boy was sent to the Florissant Police Department in August of 2016. But even almost ten months after the alleged abuse, police didn't follow up on the new findings.

After being fired from the Hazelwood district for "a violation of school board policy" Taylor applied in the Jennings school district to be a student teacher at Fairview Primary School.

He got the job.

The Hazelwood school district said they complied with all state and federal reporting requirements. But that didn't include letting any potential employers looking for a reference know what Taylor was accused of.

I-Team: why didn't you tell his next employer? He went on to teach in multiple school districts have access to potentially hundreds of kids. Why not let his next employer know what he was accused of?

"It was an accusation. That's as far as it went," said Behlmann.

According to the Hazelwood school district, they had reason to believe Taylor wasn't a threat to anyone.

"Although the District reported the allegations to DFS as required, the District received a notification from social services that the report was unsubstantiated. No further information was provided by the police," McKenzie said in a statement.

DFS declined our request for more information on their investigation.

So Taylor was back in the classroom.

He had graduated from teacher's aide to teacher and he was put in charge of his own fifth-grade class.

It was during his second year at Walnut Grove Elementary when prosecutors finally charged Taylor for sexually assaulting his former student back in 2015.

What changed to put Taylor back on the police's radar?

At the time, police claimed there was new information in the case.

The I-Team found that was a lie. The real reason the case was re-opened was simple and heartbreaking. We confronted Lowery about his department's false statements.

I-Team: Were there new revelations in 2018 that led to the reopening of this case? That's what we were told. But was it just the victim reporting it again?

It's all there in the court documents. Taylor would still be in school to this day if it wasn't for that little boy.

Three years after he had the courage to come forward, the boy reported the abuse again during an outburst at school.

That's when police finally got a warrant for Taylor's DNA.

It matched the sample taken from the child in 2015

I-Team: So if the victim hadn't spoken about it in 2018, Deonte Taylor an accused sexual predator would still being our school systems with access to other potential victims?

It's a possibility that leaves many parents in fear. Soon after he was charged with felony sodomy, prosecutors would also learn Taylor is HIV positive.

"I think it's sad and any parents that have children who could've come in contact with this person should definitely speak up and get their child tested because it's absolutely ridiculous," said White.

It took three years but Taylor was taken out of the class and put in jail.

Taylor is currently awaiting trial on several felony charges, including sodomy and recklessly risking the infection of another person with HIV.

We're told his child victim did not contract the disease.

They say Taylor was planning to get rid of all of his problems, with the help of a jailhouse hitman.

Thursday night at 10, the I-Team sits down with that hitman to find out why he agreed to take the job.

A victim’s advocate has set up a Gofundme account for the 10-year-old victim and his family, who have struggled financially since the abuse. Click here for more information.

Statement from the Hazelwood School District regarding the matter with a former employee.

As soon as the allegations regarding Deonte Taylor were made in November 2015, the Hazelwood School District turned the matter over to the Missouri State Children's Division (DFS) and the local police.

As a precaution, the District also immediately placed Taylor on leave pending the outcome of the investigation. While waiting on the findings from the authorities, the District terminated Taylor’s employment for reasons unrelated to this case while he was on leave. Taylor never returned to the school after the allegations. Although the District reported the allegations to DFS as required, the District received a notification from social services that the report was unsubstantiated. No further information was provided by the police.

Recently, the student victim provided additional information and the matter was once again reported by the District to DFS