Experts warn that the lockdowns in China and the COVID-19 pandemic led to more dangerous drugs coming into St. Louis 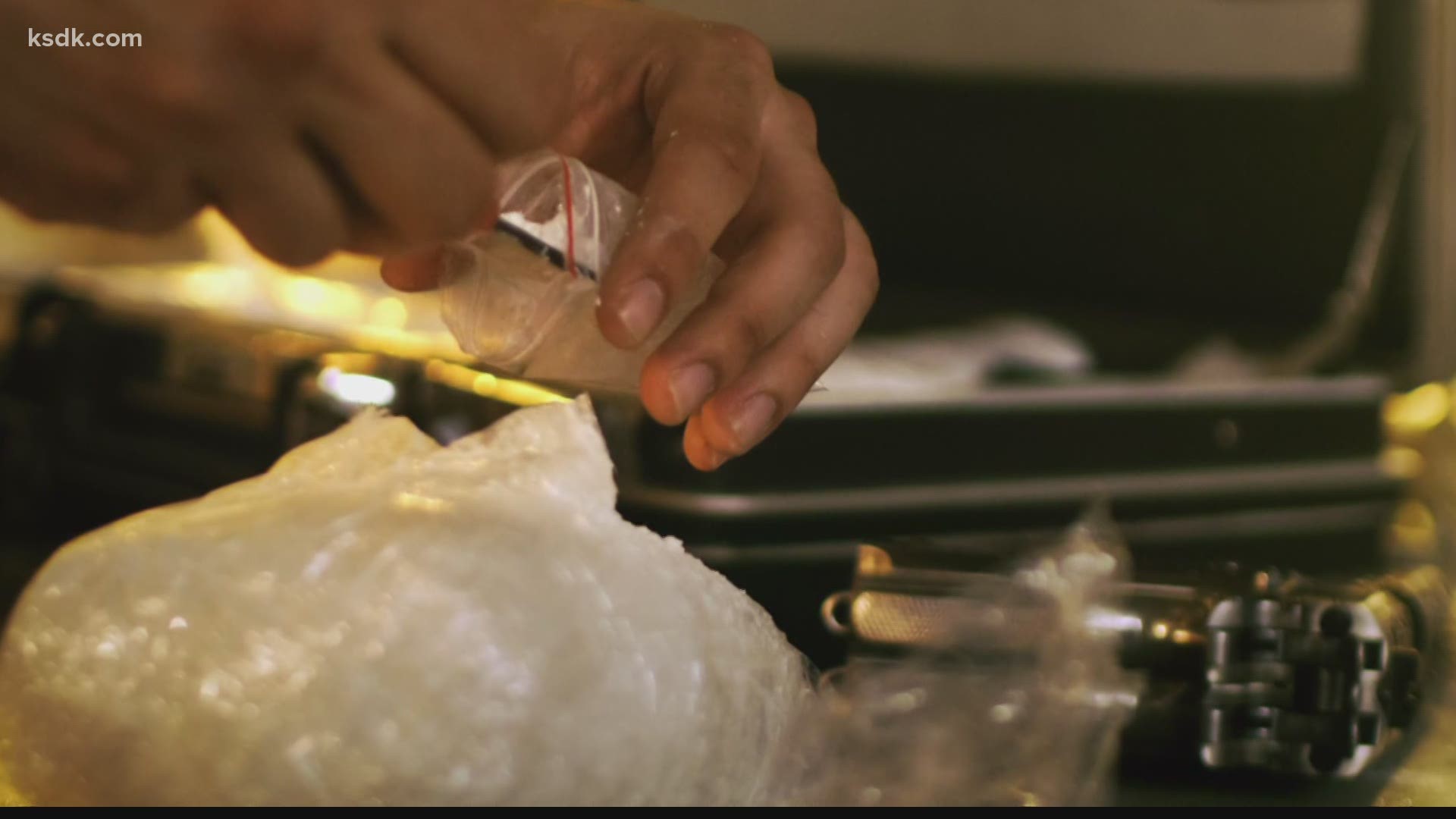 ST. LOUIS — Wuhan isn’t just known as the possible origin of COVID-19. It’s also one starting point for the synthetic opioid fentanyl that ends up in communities like St. Louis.

The lockdown meant to reduce the spread of COVID-19 in Wuhan also closed the chemical producers who make ingredients for fentanyl. A paper published in Missouri Medicine suggested that the flow of illegal fentanyl into the U.S. would slow down as well. But experts said the drug market has only become more dangerous.

“You're a seeing dramatic increase in overdose deaths in St. Louis city and in St. Louis County, and it could be because the drugs that are coming in are more potent,” said Brandon Costerison, policy coordinator for St. Louis-based NCADA. “If people are already using illicit opioids, it's possible that they may be using more of those in order to cope with the stressors that we're all currently experiencing.”

Ben Westhoff, author of Fentanyl, Inc., noted in his blog that the slowdown of the fentanyl supply due to the pandemic seemed short-lived. Illicit drug manufacturers in Mexico and Canada have found ways to meet demand, without relying on producers in China.

“COVID has hurt the economy, and in some cases reduced access to harm reduction and treatment facilities, trends that tend to spur addiction,” Westhoff wrote in an email interview. “St. Louis has become a fentanyl hotspot, as it's on distribution routes -- which run from Texas to Chicago -- and because it has a large, poor population. African-Americans are increasingly at risk as well.”

RELATED: Police pulled over a man driving on the sidewalk, here's what they found in his car

Westhoff and Costerison have also noticed a new trend in the US illegal drug market. Dealers are selling mixtures of fentanyl with other drugs, including meth.

“What we're starting to note now is that people are dying who don't traditionally use opioids and by that I mean someone purchases something that they think is methamphetamine, and it has either intentionally or unintentionally been adulterated with fentanyl, and they don’t know that it’s in there,” said Costerison.

The methamphetamines that come into St. Louis now aren’t made in the rural Missouri counties where home labs devastated communities decades ago. Costerison said that meth is coming to Missouri from out of state, produced in Mexico and southern states of the US in larger “Breaking Bad”-style operations.

He added that overdose deaths overall are increasing in the St. Louis region. Overdose deaths across the United States were already at a three-year high at the start of 2020, according to the CDC. The St. Louis County medical examiner estimated in the Missouri Medicine paper that opioid-related deaths were approximately 17% higher so far in 2020 compared to the same point in 2019.

The pandemic has provided both obstacles and opportunities for people seeking treatment in Missouri. Costerison said inpatient treatment facilities, like other businesses, need to be equipped with personal protective equipment and are working at lower capacity. But recent rule changes have given doctors access to more medications for substance use disorder treatment. And patients have access to more doctors.

“So, for example, there's a medication called buprenorphine which is a medication that's been approved by the FDA to treat opioid use disorder. For a long time, providers had a very, very low limit on the number of patients that they can prescribe this medication to and they had to have in-person consultations, and all this other type of thing. So since COVID-19 has hit the United States, we have seen the limits on the number of patients that a provider can have increased and we've seen where providers can write the initial prescription via telemedicine,” said Costerison.

He also pointed out that the passage of Medicaid expansion in Missouri is expected to increase the number of people who can afford treatment across the state.

Recognizing the challenges of getting treatment in a pandemic, the Drug Enforcement Agency launched a website called With You STL, which has links to resources for substance abuse information and treatment.

RELATED: Resources in St. Louis for those struggling with opioid abuse

The NCADA can provide free Narcan, an emergency overdose reversal medication. Carrying Narcan or naloxone is recommended for anyone who uses illicit drugs, in part because of the risk of fentanyl contamination. Visit the NCADA website for information or call 314-962-3456 to schedule a meeting with a counselor.