An off-duty officer was inside the business, along with the store’s owner, when two men tried to break in on Saturday. 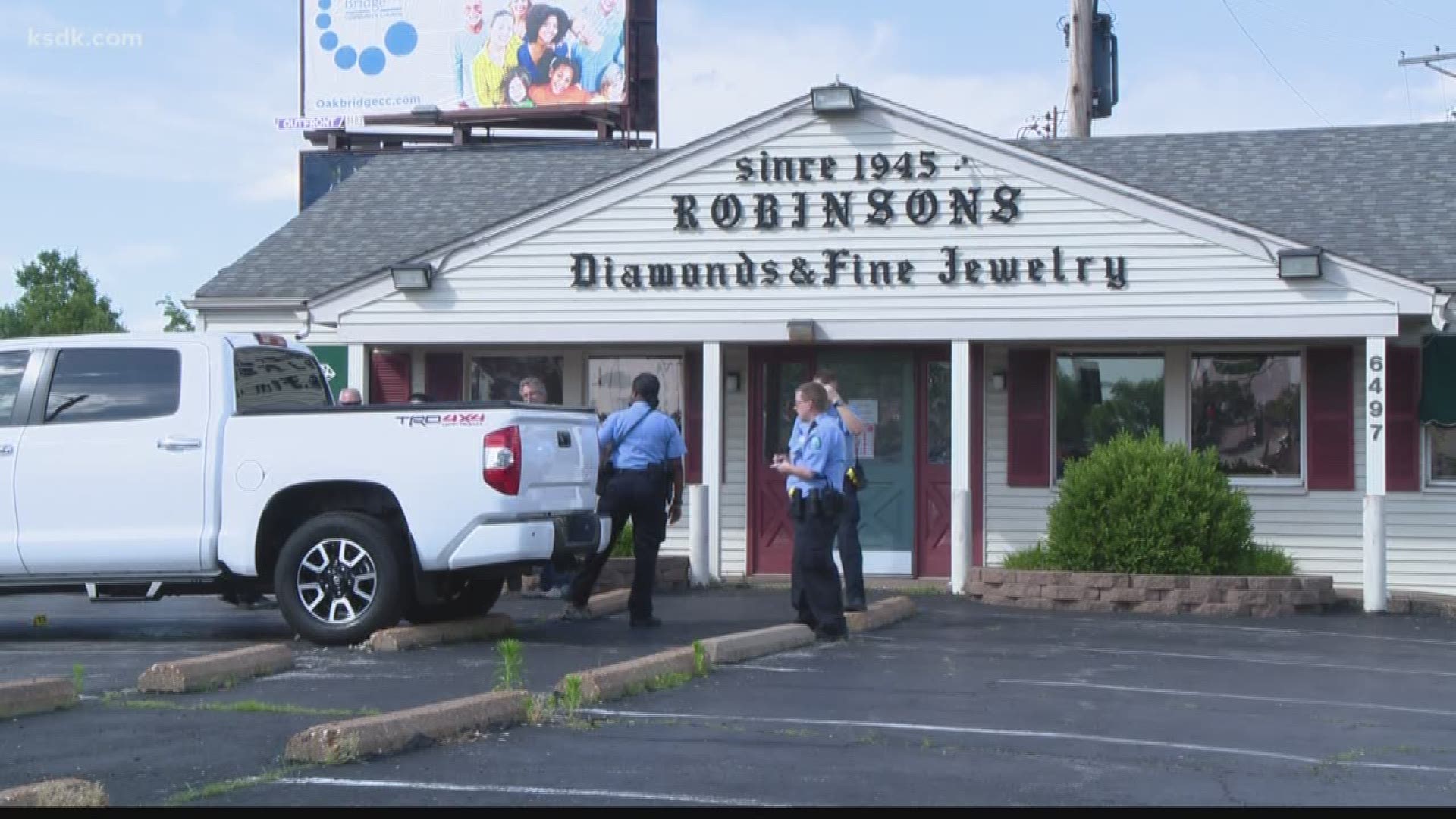 ST. LOUIS — An off-duty police officer and jewelry store owner shot at each other when the would-be robbers tried to break into the business Saturday in south St. Louis.

It all happened at 3:37 p.m. at the Robinson Jewelry Company at Chippewa and Watson.

An off-duty officer was inside the business, along with the store’s owner, when two men tried to break in.

One gunman had an assault-style rifle, and the other man had a handgun.

They walked through the first set of doors, but the second set was locked. That’s when they busted out the glass pane, allowing one of the men to partially get into the store, according to St. Louis police.

As that man was trying to get in, the store owner and off-duty police officer fired shots at the men, police reported. The gunmen returned fire as they backed out of the store.

They got away in a gray sedan.

The suspects are not in custody and it’s not known if they were hit by the gunfire.

The store owner and off-duty officer were not injured. The officer has been with the St. Louis Metropolitan Police Department for 31 years.

The investigation is still underway.