Thanks to Chris Kerber, John Kelly will get to follow in his legendary father's footsteps during the Stanley Cup Final. 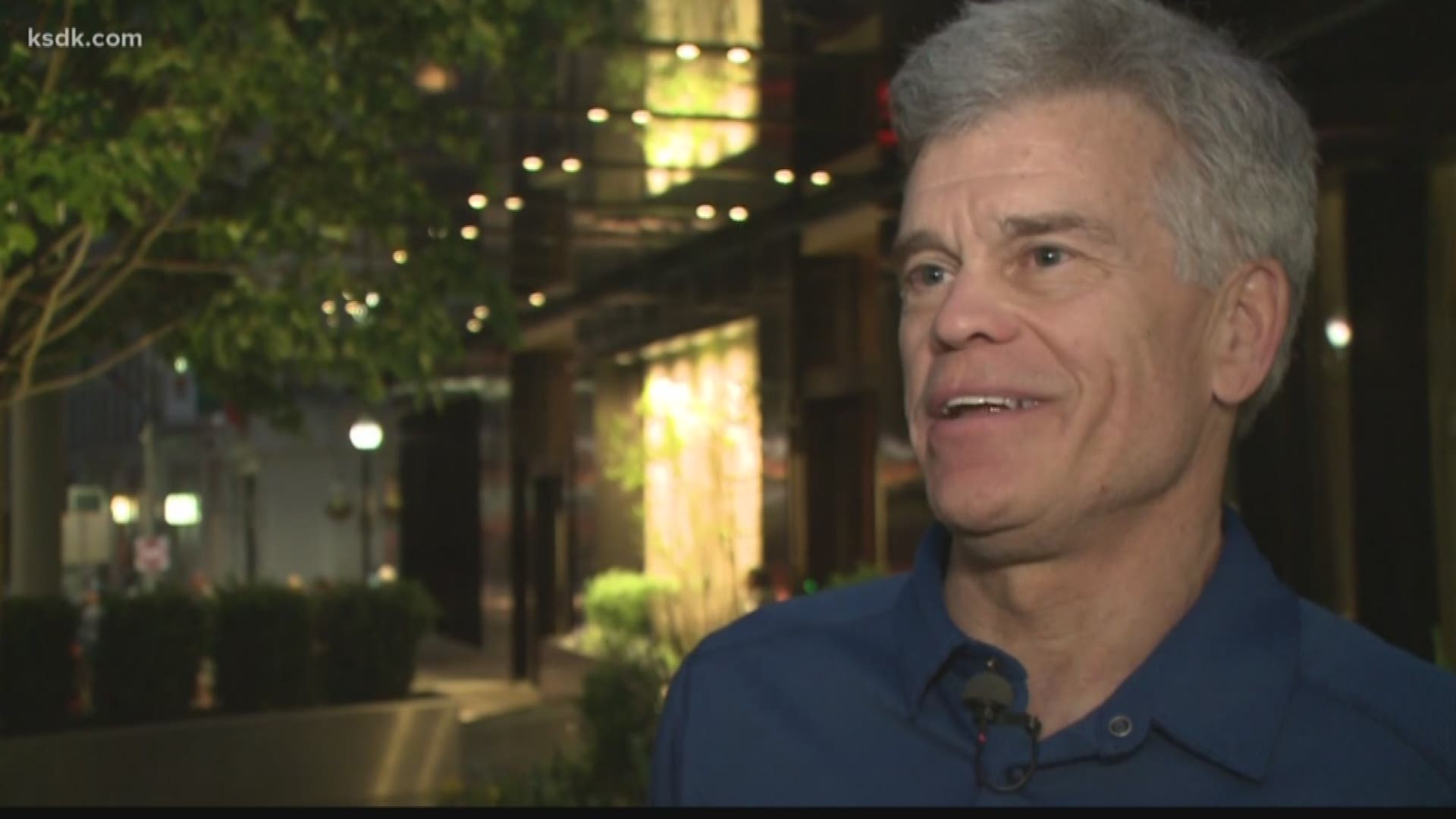 St. Louis is a bit spoiled when it comes to hockey play-by-play announcers.

John Kelly and Chris Kerber are two of the best in the business, and have become part of the fabric the Blues have created in the community.

Now thanks to an "unbelievable gesture" by Kerber, Fox Sports Midwest's Kelly will get the chance to follow in his legendary father's footsteps during the 2019 Stanley Cup Final.

After Game 6 against the Sharks, Kerber approached Kelly with the offer of a lifetime.

RELATED: You'll love to hate these Bruins in the Stanley Cup Final

RELATED: Vladimir Tarasenko is heating up, and that should terrify Boston

RELATED: Dear Blues: Do it for all of us

"Chris came up to me and said, 'I want you to do the second period of every game in the Final'. And I said, No, it's your job, it's not my place.' And he said, 'No it's not an option, John, you're going to do it,'" Kelly said. "I was blown away. I called my mother the next day and she was over the moon. It's an unbelievable gesture for Chris to do that. It's his job and his booth. For him to give up part of that is so amazing and I can't put it into words."

John's father, Dan, is one of the most celebrated broadcasters in American sports history.

Dan was the voice of the Blues for decades, called some of the most famous games in history and even has his name in the rafters of Enterprise Center.

Kerber, who calls games for KMOX in St. Louis, said the decision to share the spotlight with John Kelly was an easy decision.

"It was an opportunity to share this moment with him, and I knew what it would mean for him, but it also means a lot for me to share the booth with him in this series," Kerber said. "It's deserved and earned to have a Kelly part of this."

Kelly will call the second period of every Stanley Cup Final game between the Blues and Bruins on KMOX.