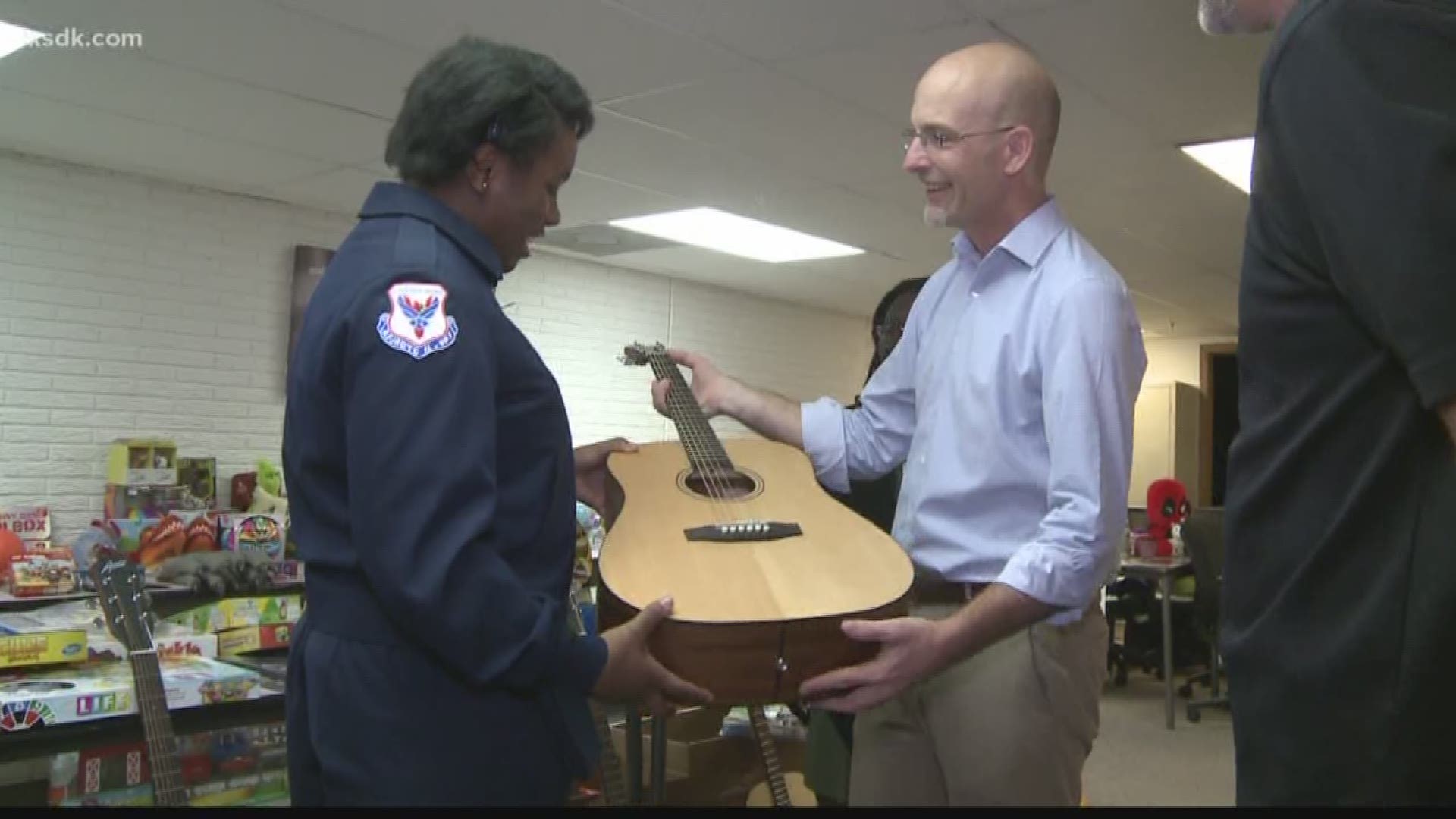 Before you can open a Christmas present, someone has to open their heart.

“It’s an awesome opportunity to give the gift of music,” said John Mozingo of Mozingo Music, part of a small army of music gift-givers at Children’s Home and Aid in Granite City, IL.

“Music is all the emotions we have as human beings,” said Mozingo, “and it‘s worldwide and it’s that universal language that we all speak to each other.”

Music spoke to teenage guitarist Liam Terrio, who died in 2017 at the age of 19.

“So when I approached his parents and asked if they would mind if we did something in his honor and his memory,” said Fisher, “they right away said yes. So our focus was going to be acoustic guitars for teenagers in foster care.”

“To actually put one of these guitars into someone’s hands and have it mean so much puts an entirely different perspective on what we do at St. Louis Music,” said Dumstorff.

Dumstorff presented the first of the 14 guitars to Honesty Cannon, a 15-year-old high school freshman and Junior ROTC member. Cannon and her sister were both in foster care until getting adopted. Grateful for her Christmas guitar, Cannon already has the lyrics for a song dedicated to her adoptive mother, who chose Cannon despite her anger problems.

“I can write her a song and kind of express how grateful I am,” said Cannon. “Like they said, nobody else really wanted me because of my situation and the things that I did when I was younger but she didn’t care about all that because she knew that she could fix it.”

Every one of Liam’s Christmas Guitars has the potential to be the gift that keeps on giving.

“It helps them build confidence, create a skill to have mastery, and really encourages them to try something new,” said Linda White, Director of Child and Family Counseling at Children’s Home and Aid. “And we never know where that will take a young person.”

For information on Play It Forward and the Liam’s Christmas Guitars program, http://playitforwardstl.org.