RELATED: Craig LeFebvre was killed while at a MetroLink bus stop when a bullet intended for someone else hit him in August 2018

The Crime Strategies Unit of prosecutors and investigations reviewed surveillance video, jail calls, social media accounts, and witness statements to identify each participant and his role in each of the coordinated criminal attacks, the Circuit Attorney said.

In August 2018, LeFebvre was shot and killed at the Grand MetroLink station after an armed robbery that happened several feet away. His death opened up an investigation that led to the indictments of 12 people involved in multiple armed robberies in 2018.

“Today is a great day for St. Louis,” said Gardner. “Through excellent investigative teamwork, the state will be holding 12 people accountable for wreaking havoc and fear on our public transportation system. A well-functioning public transportation system is essential to an equitable and prosperous community. The public deserves a safe system and I believe today, we are one step closer to that goal. We would like to thank SLMPD’s MetroLink Lieutenant John Blaskiewicz for his assistance with this investigation and thank SLMPD’s Fugitive Apprehension Team for their assistance with bringing these individuals into custody.” Police have some of the people indicted in custody, and other remain at large.

According to Gardner, investigation revealed a coordinated group of individuals who regularly engaged in a pattern of violent criminal conduct on Metro property. They targeted vulnerable and isolated people on trains and platforms – typically engaging their victims in conversation before surrounding them, robbing and assaulting them. This group would regularly use violent physical force and/or display firearms during the attacks.

Prosecutors believe Armani McKinley was the lead actor in the armed robbery at the Grand Ave. MetroLink incident on Aug. 21, 2018. McKinley, Matthew McNealy, Antwain Davis, Ronnie Pope and Dejon Brown have been indicted on second-degree murder, armed criminal action and first-degree robbery charges related to the Aug. 21, 2018 armed robbery of a man and the shooting of LeFebvre. The robbery victim in that case accidentally shot LeFebvre trying to defend himself in the robbery. He pleaded guilty to illegally possessing a firearm.

Armani McKinley, Ronnie Pope, Christopher Brown, Devante Dickerson, Antwain Davis and Paulo Finch have been indicted on first-degree robbery and armed criminal action for an incident at the MetroLink near the Forest Park Platform on Jan. 7, 2018.  Video surveillance captured this attack. Brown and Pope admitted their involvement in the robbery over recorded jail calls. Their conversations also implicated the other defendants.

Antreion Betts has been indicted for second-degree robbery for an incident at the MetroLink near the Union Station platform on Jan. 10, 2018. The victim refused to give up his property and Betts began striking the victim in the face leaving the victim semi-conscious and dazed. Betts then threw the semi-conscious victim’s body into the aisle of the train and began rifling through the victim’s pockets, taking the victim’s property. Video surveillance captured the incident. Witness’ accounts of the incident and social media were utilized to identify Betts in this attack.

Armani McKinley and Christian Harrell have been indicted for first-degree robbery and armed criminal action for an incident on Sept. 12, 2018 at the MetroLink bus stop at Delmar Boulevard. Antreion Betts has been indicted for unlawful use of a weapon. The victim was robbed at gunpoint.

Harrell approached the victim inquiring about purchasing marijuana. As this was occurring, McKinley and other associates surrounded the victim at gunpoint and demanded his money, backpack, and other property. As McKinley, Harrell and their associates backed away from the victims with their guns still drawn, the victim retrieved his own firearm and began demanding the victim’s property back.  Betts then fired several shots at the victim striking him in the lower extremities. The victim returned fire at Betts, McKinley, Harrell, and Harrell’s associates. One of these shots missed the intended targets, striking a bystander in the lower extremities.

Devante Dickerson, Ernest Johnson, Matthew McNealy, Dejon Brown and Kadeem Darden-Bay have been indicted for second-degree robbery and second-degree kidnapping for an incident on Oct. 2, 2018 on the MetroLink near 8th and Pine. The group of men surrounded the victim, punching the victim to the ground where he was then pinned down by Darden-Bey while the other defendants repeatedly struck and stomped the victim.

When the victim tried to escape the attack and crawl from the train through the train’s open doors at a platform, the defendants dragged him back into the train preventing his escape while they continued to strike, stomp, and rob him. While this happened, the defendants rifled through the victim’s pockets, taking his personal property. Video surveillance captured the attack and social media was used to identify the defendants in this attack. Sean Van Dyke has already entered a guilty plea on those charges related to that incident.

According to court documents, prosecutors’ request no bail for each defendant. 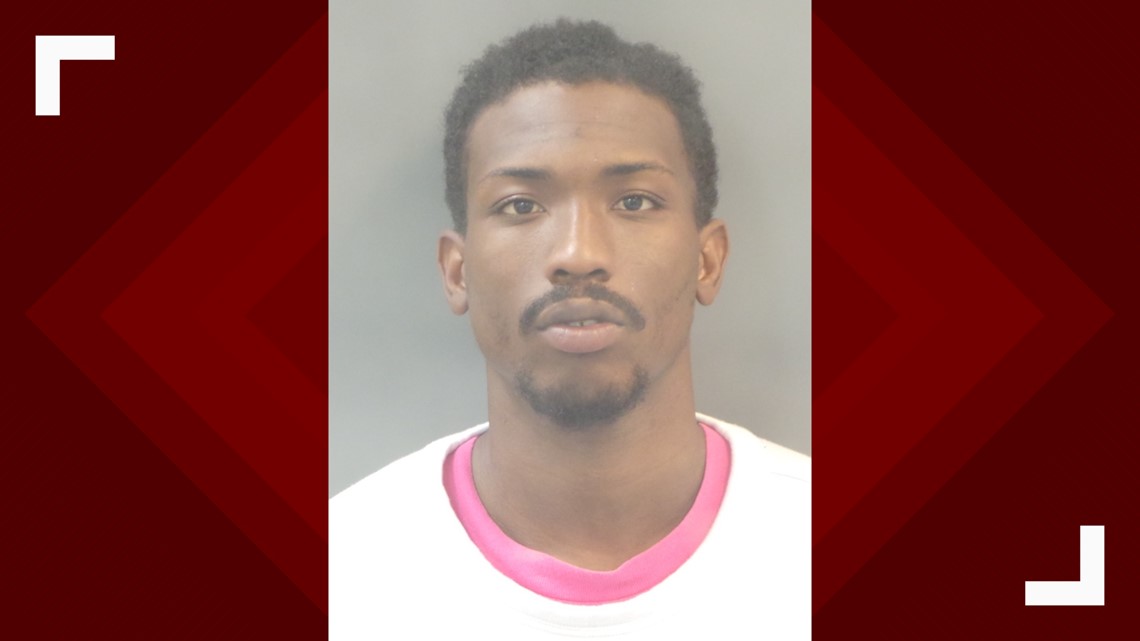