"Some of the kennels had water pouring into them. We noticed expired medications, dirty syringes, moldy food." 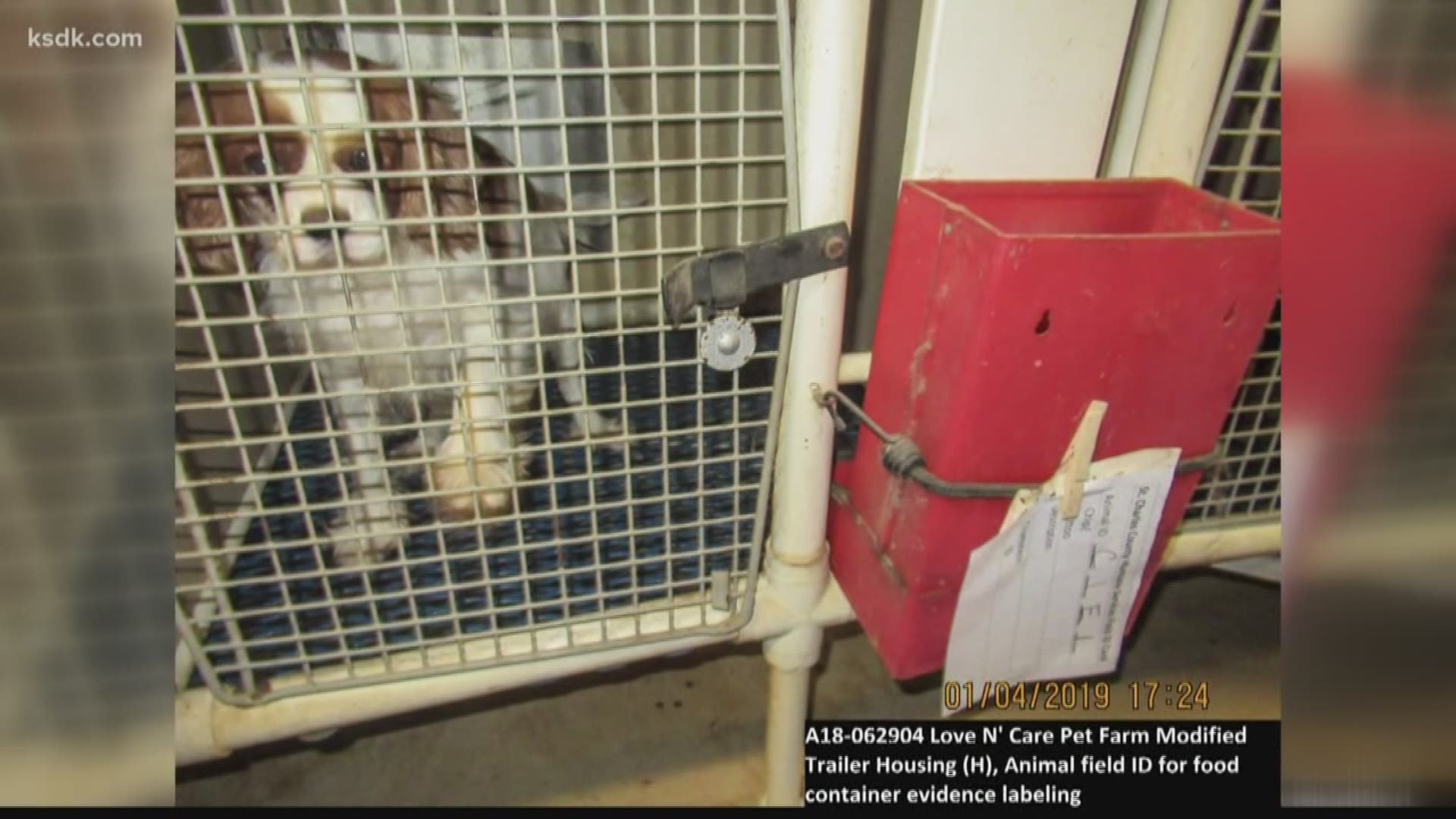 ST. CHARLES COUNTY, Mo. — A popular 'pet farm' in St. Charles County was shut down after more than 100 puppies were found living in filth, eating moldy food, and in some cases, being abused by their groomer.

At Love 'N' Care Pet Farm, exotic, rare puppies of every breed imaginable sell for as thousands of dollars.

But St Charles County Animal Control officers say the pictures of cute puppies on the Farm's website, don't show the reality of what's happening behind their gates.

"Some of the kennels had water pouring into them. Where it was coming down, we noticed some electrical outlets that were underneath the water. We noticed expired medications, dirty syringes, moldy food," said Hope Woodson, with the St. Charles County Department of Public Health.

In large part, the violations dealt with mold, a lack of smoke alarms in most areas, and electrical hazards.

But it was the behavior of a groomer on staff named Michele Hogarth-Dove that appeared to make the situation even worse.

Officers say they saw Hogarth-Dove roughly grab a puppy by the leg and dangle it. Turns out, Hogarth-Dove has a record of animal abuse.

"There was some allegations of animal abuse in another county for one of the groomers that worked there. It was unrelated to this case but it was a concern to us that she was working in the facility and housing some of the animals that left the premises that evening," said Woodson.

New charges against the groomer could be coming.

"It will be followed up on. And I do feel there could be additional charges," said Woodson.

After their visit in late December, the kennel's license was immediately pulled.
And the dogs?

"The owner did decide to disperse the dogs to many different places- family and friends. And we don't actually know where all the animals are located," said Woodson.

The health department said all the dogs will be welcomed to return here once the violations are addressed.