Building division inspectors told 5 On Your Side it's likely that years of water damage caused the collapse. 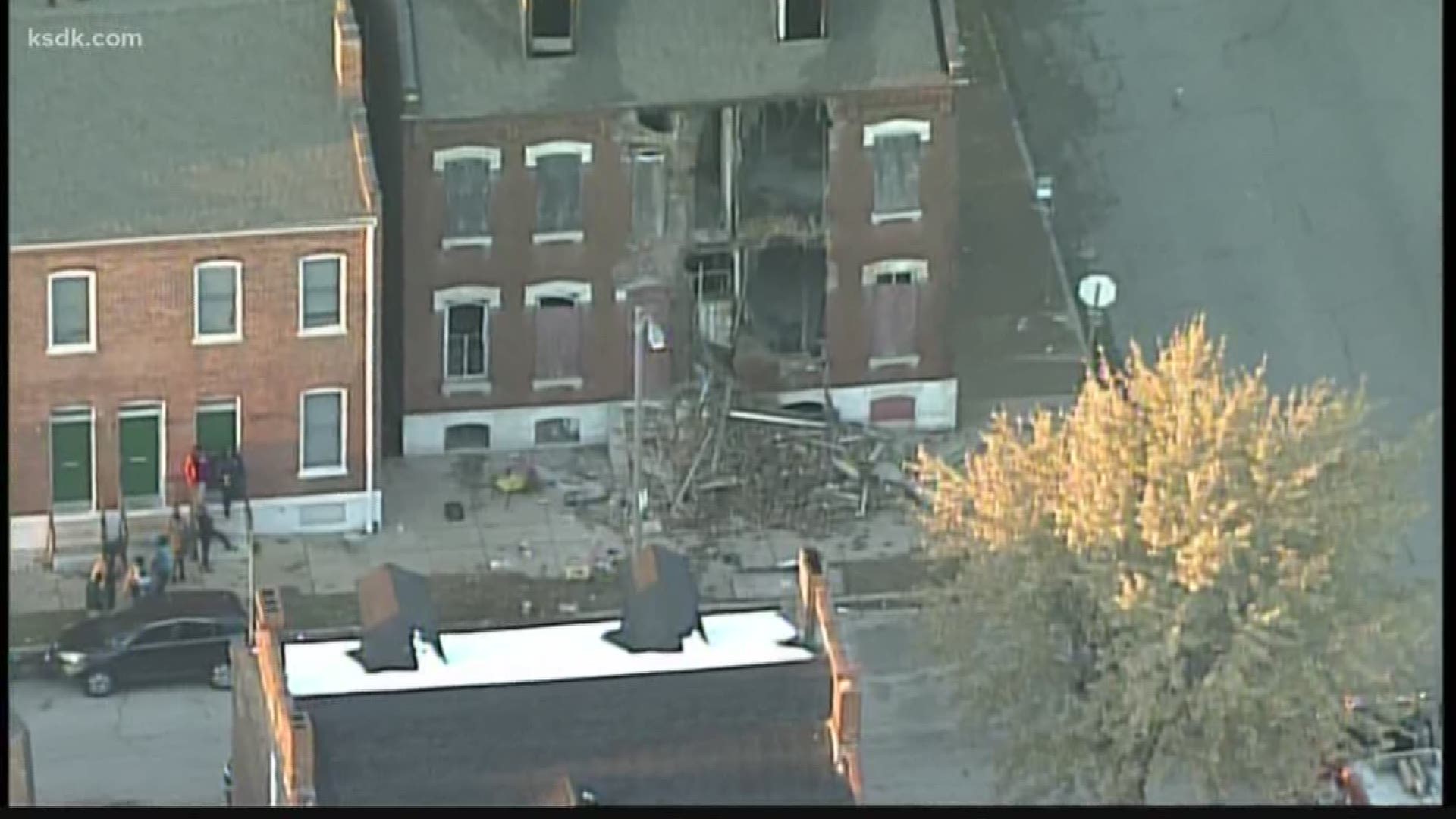 ST. LOUIS – The front wall of a vacant house in Old North St. Louis collapsed Friday, injuring two people who were standing outside

The St. Louis Fire Department responded to an abandoned building in the 1300 block of Warren around 4:10 p.m.

Two people were transported to nearby hospitals for their non-life-threatening injuries, according to the St. Louis Fire Department. A witness told 5 On Your Side two people were outside the building when it collapsed and bricks fell from the building.

"Next thing you know it was like a ‘boom, boom,’” Ajah Brown said.

She was at the house next door visiting her sister and ran outside to see what happened.

"The man was trying to run, but the bricks hit the man, and he fell down and then hit the lady over here and she was down,” she said.

Ajah said the two and several others often gather outside the house to drink and socialize.

"No matter what type of weather it is, they always outside,” she said.

Building division inspectors told 5 On Your Side it’s likely that years of water damage caused the collapse.

The building is now condemned, and the city plans to demolish it.

"They could have died,” Brown said.

810B reports: Collapse Rescue Task Force has entered the rear of the partially collapsed building and is searching for additional occupants. #STLCity pic.twitter.com/oYDm8BtqdX